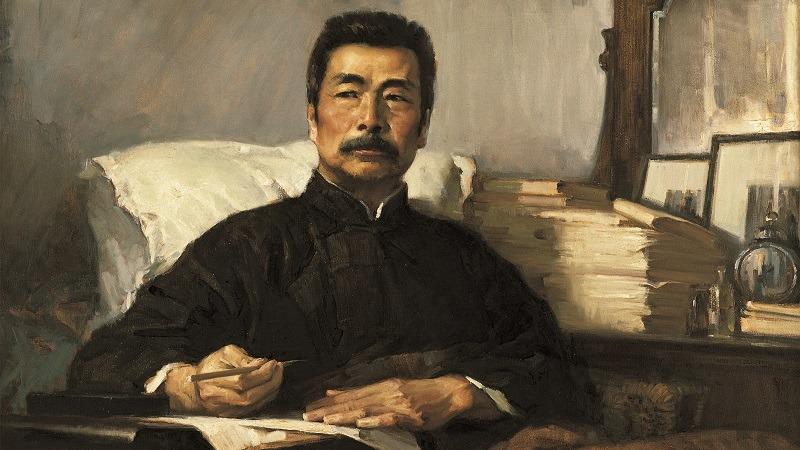 Never to Cease Fighting, a portrait of Lu Xun by painter Tang Xiaoming, is on display at the National Art Museum of China. (PHOTO PROVIDED TO CHINA DAILY)

Never to Cease Fighting, a portrait of Lu Xun, a leading figure of 20th-century Chinese literature, is familiar to many Chinese people because the painting of him produced in 1971 has frequently been published in school textbooks over the years. But few people know much about its painter Tang Xiaoming, a devoted educator who has long been based in Guangzhou, Guangdong province.

With a career spanning six decades, Tang, 80, is honorary chairman of the Guangdong Artists Association and has created dozens of portraits both of luminaries like Lu Xun and ordinary people from different walks of life. He exemplifies a realistic approach to painting that used to dominate the Chinese art scene for decades, and the figures he has depicted show the archetypal faces of a country in the throes of progress.

The painting hails the writer's fighting spirit by highlighting his eyes which glitter with acuteness and his tightly closed lips, which form a contrast with his weakening health that left him bedridden

Inscribe the Times, an ongoing exhibition at the National Art Museum of China, which runs through June 16, reviews Tang's explorations in oil painting since his graduation from the Guangzhou Academy of Fine Arts in 1964. It displays his drawings and paintings, and features several classic Tang portraits that he says "reflect certain social situations and the mentality of the time".

The works on show include Never to Cease Fighting, which is on loan from the National Art Museum of China. It is juxtaposed with several others of Tang's paintings themed on the prominent author, including the picture book Lu Xun in Guangzhou and a portrait commissioned by the Shanghai Lu Xun Museum.

Shang Hui, an art theorist and editor-in-chief of Fine Arts magazine, says Lu Xun has long been a favorite figure for artists to depict, and Never to Cease Fighting is widely recognized as one of the best works featuring him.

"The painting hails the writer's fighting spirit by highlighting his eyes which glitter with acuteness and his tightly closed lips, which form a contrast with his weakening health that left him bedridden," Shang says.

"Tang also indicates Lu Xun's sharpness by depicting his hands, which, on one level, look thin and reveal his deteriorating physical condition. But on another level the fact that the writer is holding a pen shows his determination to continue writing and address social problems."

Shang adds that the calm, gloomy palette of the painting adds an air of seriousness and depression that reinforces Lu Xun's character and the social circumstances he is confronted with.

The exhibition also gathers together other iconic works by Tang, including Passion, a portrait of the Canadian physician Norman Bethune, and Let Wisdom Shine, a portrait of the noted geologist Li Siguang, both from the collection of the National Art Museum of China.

Tang was educated in Guangzhou, one of the first places in China where oil painting was introduced and taught by European missionaries during the 16th century. 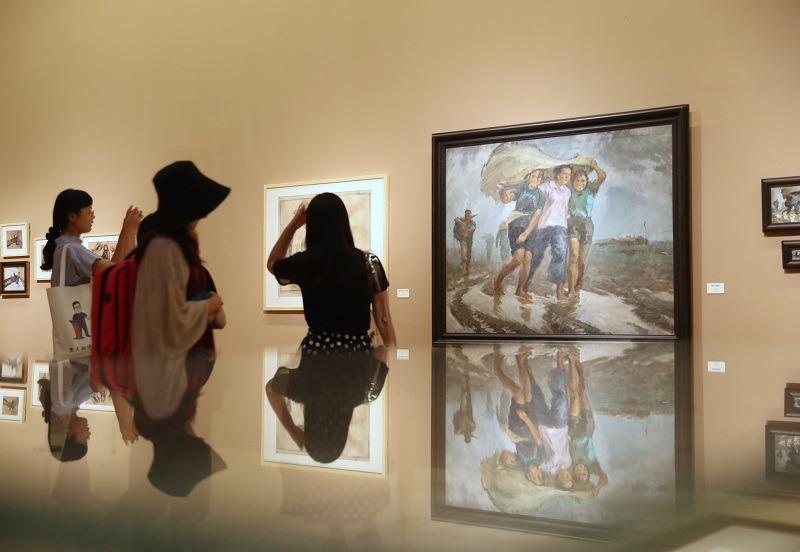 Li says Tang has inherited a tradition from his predecessor artists native to Guangdong, who went to Europe to study oil painting in the early 20th century. He later adopted a style of realism prominent in the former Soviet Union at the time, but he also endeavored to open up a path to make oil painting serve the needs of ordinary Chinese.

Tang says: "I believe life is an infinite source of inspiration. Life and nature are always far too diverse and mysterious for people to comprehend. They are of such a great depth that artists will never tire of trying to understand or find inspiration in them."