With some of the most significant archaeological sites in the world,  China faces major challenges to preserve its valuable heritage 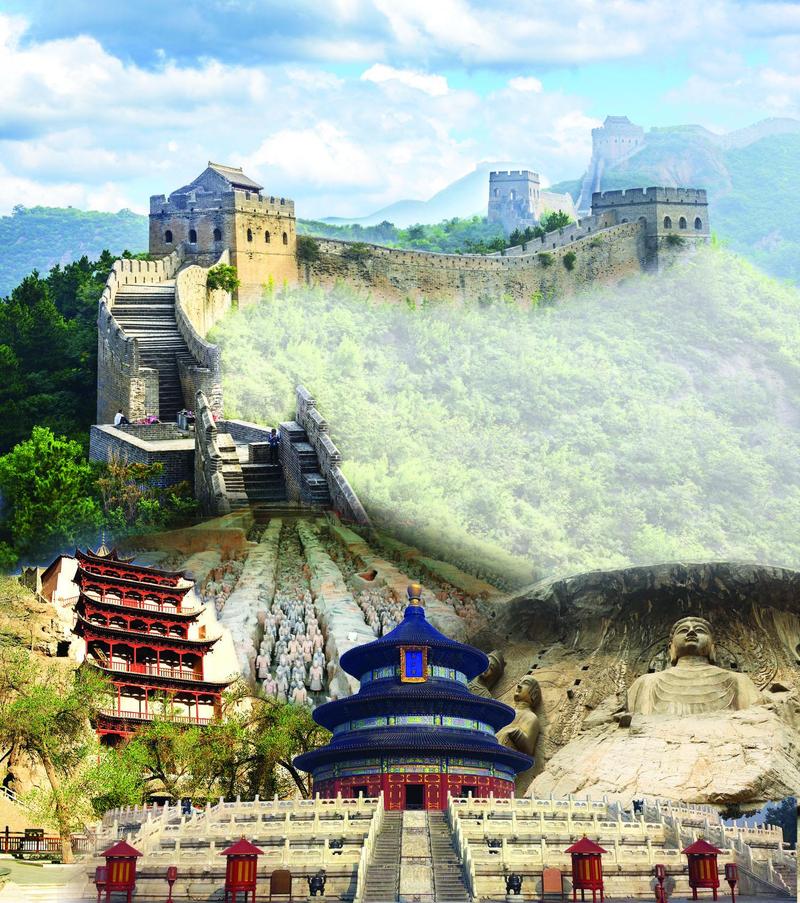 From a distance it looks like a small hill covered with trees. However, beneath its surface — at the foot of Lishan Mountain, just outside Xi’an in Northwest China’s Shaanxi Province — is the mausoleum of Qin Shi Huang, founder of the Qin Dynasty (221-206 BC) and the first emperor of a unified China.

Covering some 56 square kilometers, it is said to be one of the greatest archaeological sites in the world.

“When you see it for the first time you cannot help but be moved by its scale,” said Sydney University archaeologist Peter Jia, who has visited the site many times.

Apart from the mausoleum, the site contains an estimated 600 burial tombs including those of the Terracotta Warriors. More than 8,000 of the life-sized sculptures had been buried with the emperor to help protect him in the afterlife. They were discovered by farmers in 1974.

“The tomb itself (the hill) has never been entered since the emperor was interned,” said Jia.

“From ancient scripts we have an idea of what lies below the surface — a map of his empire with the Yellow River and Yangtze River filled with mercury.

“We know this because high density levels or mercury have been detected at the base of the burial mount,” he told China Daily Asia Weekly.

Jia said that ancient documents show the emperor insisted on a full life-size replica of his palace. Once built, it was covered with earth that was then pounded down.

“One unearthed pit nearby contains the skeletal remains of some of the thousands of workers who built the tomb.”

The site was granted a World Heritage listing by UNESCO in 1987. Since then, dozens of sites around China have been added to the list.

The Great Wall, which stretches for 20,000 km across northern China, was listed the same year.

“In 220 BC, under Qin Shi Huang, sections of earlier fortifications were joined together to form a united defense system against invasions from the north,” according to UNESCO. 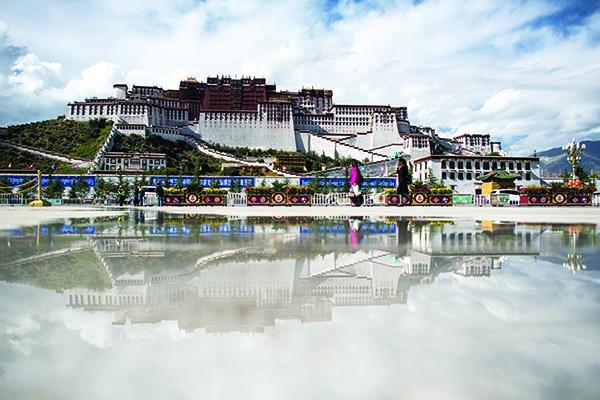 “Construction continued up to the Ming Dynasty (1368-1644), when the Great Wall became the world’s largest military structure. Its historic and strategic importance is matched only by its architectural significance.”

China now ranks second in the world with 50 sites on the UNESCO World Heritage list, just behind Italy with 51.

Among the 50 heritage sites are the 1,600-year-old Dunhuang Mogao Grottoes, which are carved into the cliffs above the Dachuan River, southeast of the Dunhuang oasis, in Northwest China’s Gansu province.

This was a strategic point along the Silk Route, at the “crossroads of trade as well as religious, cultural and intellectual influences”, according to UNESCO.

Listed by UNESCO in 1987, the site comprises the world’s largest, most richly endowed and longest used treasure house of Buddhist art.

The 492 cells and cave sanctuaries in Mogao are famous for their statues and wall paintings, spanning 1,000 years of Buddhist art.

“As evidence of the evolution of Buddhist art in the northwest region of China, the Mogao Caves are of unmatched historical value,” according to UNESCO.

The discovery of the Library Cave at the Mogao Caves in 1990, together with the tens of thousands of manuscripts and relics it contained, has been acclaimed as the world’s greatest discovery of ancient Oriental culture.

In July, the 41st session of the World Heritage Committee will meet in Krakow, Poland.

Gulangyu, a scenic island off Xiamen, in East China’s Fujian province, is expected to be added to the World Heritage list, along with Kekexili, a region in the Qinghai-Tibetan Plateau where a national reserve zone was established, as a natural heritage candidate.

Situated on the highland between Kunlun Mountain range and Ulan Ul Mountain, Kekexili has an altitude of 4,500 to 5,000 meters and an average temperature of -4 C. It has some of the world’s most extreme weather, no human habitation, and is one of the most important habitats for plateau wildlife.

The piece of land traversed by Kekexili and Dongbule Mountain also has broad lake basins. It is the largest depopulated zone in China and one of the most well-preserved primitive areas.

“It is exciting to think China will possibly have two more sites on the UNESCO World Heritage list and one of them a natural site,” said Zhu Yujie, a lecturer in Canberra at the Center for Heritage and Museum Studies, at the Australian National University’s School of Archaeology and Anthropology.

Zhu said China has some of the most significant archaeological sites in the world but faces problems in the more remote areas maintaining them.

Although the Honghe Hani Rice Terraces in Southwest China’s Yunnan province are not remote, “the young are leaving”, he said.

The rice terraces are among the most spectacular in the world, cascading down the slopes of the Ailao Mountains into the valley below. They cover 16,603 hectares, and the local Hani people have been tending crops there for over 1,300 years.

“It’s hard work for little return, but government on various levels is working on programs to try and keep some young people on the terraces,” said Zhu.

Tourism is bringing benefits to local communities. “This can take on many forms,” he said. “For example, ethnic tourism could function as a platform for intellectuals studying ethnic culture or a laboratory to display and export ethnic handicrafts that might alleviate poverty in some areas.

“Another is the development of ecomuseums, which bring heritage and tourism together.”

Ecomuseums originated in France in the 1970s. The term refers to a holistic interpretation of cultural heritage versus the specialized focus of traditional museums, according to Zhu.

“The stress in these museums lies on the identity of a place, local participation and the development of local communities, which avoids relocating people or building museums, particularly in regions that have suffered serious reversals of fortune such as rural or formerly industrial areas,” he said.

According to Zhu, there are more than 400 ecomuseums globally, with the majority in Europe.

In 1997, the China Society of Museum Studies, Southwest China’s Guizhou Cultural Heritage Bureau and the Norwegian government launched the Sino-Norwegian Ecomuseum Program. Since then, China has seen a nationwide wave of ecomuseums.

At the Suoga Miao Ecomuseum, established in Guizhou province in 1998, “the collective memory of Miao people is documented through oral recordings in their own language,” Zhu said.

“The branding of the Suoga village as an ‘ecomuseum’ assigned cultural landscapes and traditions not only a value for preservation but also for consumption through tourism development,” he said.

Jia from Sydney University pointed out that tourism needs to be closely monitored.

“While it does bring in much-needed revenue for local communities and helps in the preservation of cultural sites, it can also cause irreversible damage,” he said.

“The dilemma between preservation and exploitation is a major issue facing the Chinese authorities.”

Professor David Faure from the Centre for China Studies at the Chinese University of Hong Kong (CUHK) said local governments want their heritage recognized, but preservation remains a challenge.

“The motives probably include a blend of pride of place and commercial possibilities, such as tourism,” he told China Daily Asia Weekly.

“Many of the heritage sites I have visited, I don’t think preservation is done very well.

“Most of the time, there is too much rebuilding and lack of an appreciation for what remains in situ. Rebuilding efforts do not as a rule pay a great deal of attention to historical details,” he said.

Faure added that another problem is the looting of ancient sites.

“I don’t know about the international market; I understand there is a very substantial internal market.

“We are not talking only about high-worth items in monetary terms; dealers have gutted villages for their furniture, and now even written texts,” he said.