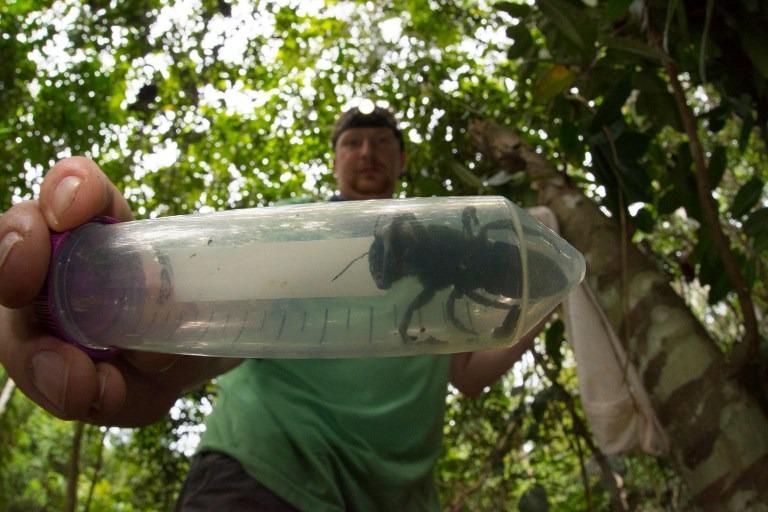 SYDNEY — You might think it would be too big to miss - but it took scientists 38 years to rediscover the world's biggest bee, hiding out in the remote forests of Indonesia.
With a wingspan of six centimetres, Wallace's giant bee is the largest in the world, but since it was last spotted in 1981 scientists had believed it may have gone extinct.

The species takes its name from Alfred Russel Wallace, an English naturalist who developed a theory of evolution through natural selection concurrently to Charles Darwin

To find out for sure, a small team of researchers set out to find the creature earlier this year, revealing on Friday they had found a lone queen living on an Indonesian island group called the North Moluccas.
"Amid such a well-documented global decline in insect diversity it's wonderful to discover that this iconic species is still hanging on," team member, honorary professor Simon Robson from the University of Sydney said.
The team was supported by US-based Global Wildlife Conservation which runs a Search for Lost Species program, and also included experts from other countries.

Joining them was conservation photographer Clay Bolt, who said of the experience - "it was absolutely breathtaking to see this 'flying bulldog' of an insect that we weren't sure existed anymore."
"To see how beautiful and big the species is in real life, to hear the sound of its giant wings thrumming as it flew past my head, was just incredible."
Female giant bees make their nests in active arboreal termite mounds which is where the team located their specimen after staking out the site for five straight days.
The species takes its name from Alfred Russel Wallace, an English naturalist who developed a theory of evolution through natural selection concurrently to Charles Darwin.
Wallace spent between 1854 and 1862 exploring the region around Indonesia documenting wildlife, which was when he stumbled upon the giant bee, describing it as "a large black wasp-like insect, with immense jaws like a stag-beetle." 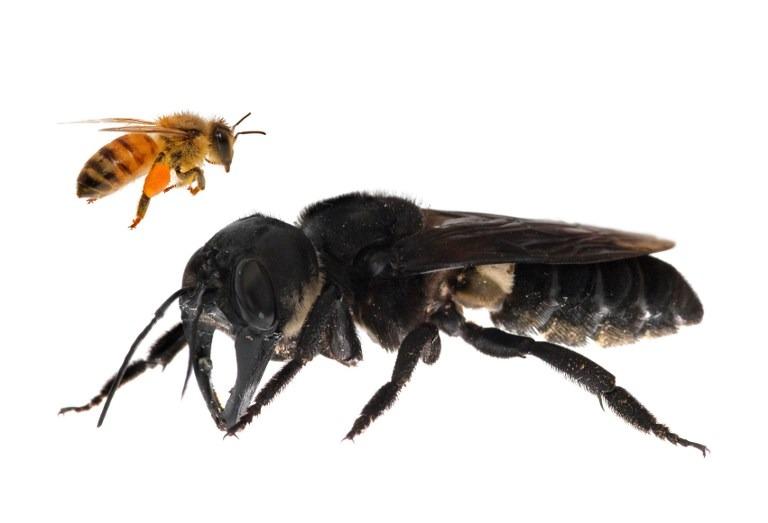 This undated handout photomontage provided by Global Wildlife Conservation on Feb 21, 2019, shows a living Wallace’s giant bee, right, which is approximately four times larger than a European honeybee, after it was rediscovered in the Indonesian islands of the North Moluccas. (CLAY BOLT / GLOBAL CONSERVATION / AFP)

ALSO READ: Study: Most of world's honey contaminated by pesticides

It was not seen again until 1981 by entomologist Adam Messer who located it on three different Indonesian islands and was able to document some of its behavior before it was lost again for close to four decades.
"Messer's rediscovery gave us some insight, but we still know next to nothing about this extraordinary insect," said another team member Eli Wyman from Princeton University in the United States.
"I hope this rediscovery will spark research that will give us a deeper understanding of this unique bee and inform any future efforts to protect it from extinction."