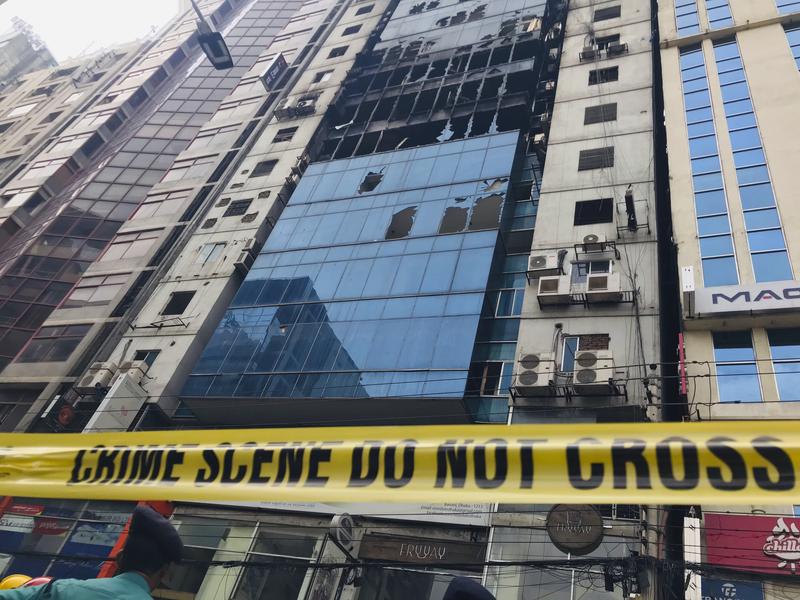 A high-rise office building damaged by Thursday's fire is pictured in Dhaka, Bangladesh, March 29, 2019. Bangladesh officials say criminal charges have been filed against the owner of the building where a fire killed at least 26 people on Thursday. (AL-EMRUN GARJON / AP)

DHAKA, Bangladesh — Police in Bangladesh's capital arrested two of the owners of a commercial complex that caught fire on Thursday, killing 26 people and injuring about 70, an official said.

Additional Deputy Commissioner of the Detective Branch Shahjahan Shaju told The Associated Press early Sunday that they arrested FR Tower's owners Tasvir-ul-Islam and SMHI Faruque in Dhaka after police charged them with negligence and violations of a building code that resulted in casualties. In cases where deaths occur as a result of negligence, defendants also usually face culpable homicide charges.

The blaze that burned for several hours Thursday trapped people inside the building, some shouting for help from windows on upper floors and the roof.

Authorities say the complex on a busy avenue in Dhaka's Banani commercial district had no fire-protected staircases and some top floors of the 22-story building were illegally constructed.

Officials said earlier that the owners of the complex sought permission from the Capital Development Authority in 1996 to construct an 18-story complex but later raised it illegally. Fire officials said the complex did not have adequate fire protection and detection system in place despite repeated warnings by them during previous inspections.

Corruption and lack of monitoring often create scope for the builders and owners to slip through holes in Bangladesh, which is seeking to grow economically further after maintaining more than 6 percent growth for last decade. 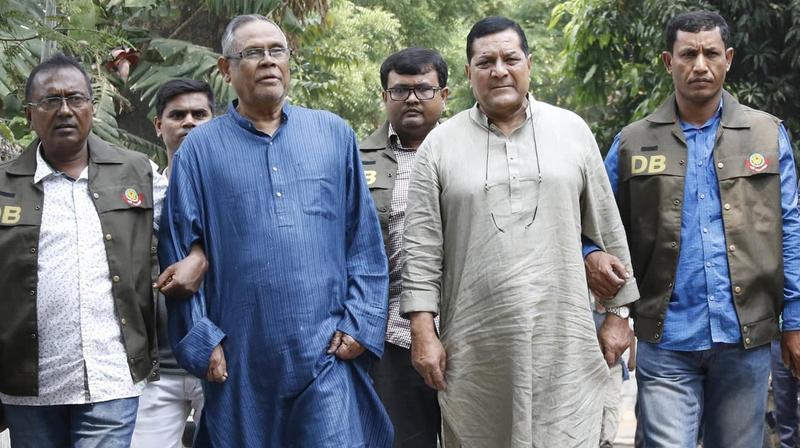 Detectives present, SMHI Faruque, the land owner of FR Tower, and Tasvir Ul Islam, one of the owners of the high-rise, before media, March 31, 2019. (PHOTO THE DAILY STAR VIA ASIA NEWS NETWORK)

The fire was the latest in a country where crowding, flouted building regulations and safety norms have made deadly blazes common.

The country has fixed its main export-earning garment sector to a great extent in terms of safety and environment after a 2013 collapse of a complex housing five factories near Dhaka. Last month, a fire in the oldest part of Dhaka, a 400-year-old area cramped with apartments, shops and warehouses, left at least 67 people dead.

In 2012, a fire at a garment factory killed at least 112 people trapped behind its locked gates. Less than six months later, another building containing garment factories collapsed, killing more than 1,100 people.

Another fire in a house illegally storing chemicals in Old Dhaka killed at least 123 people in 2010.