Former DP member happy to be in Lam's cabinet 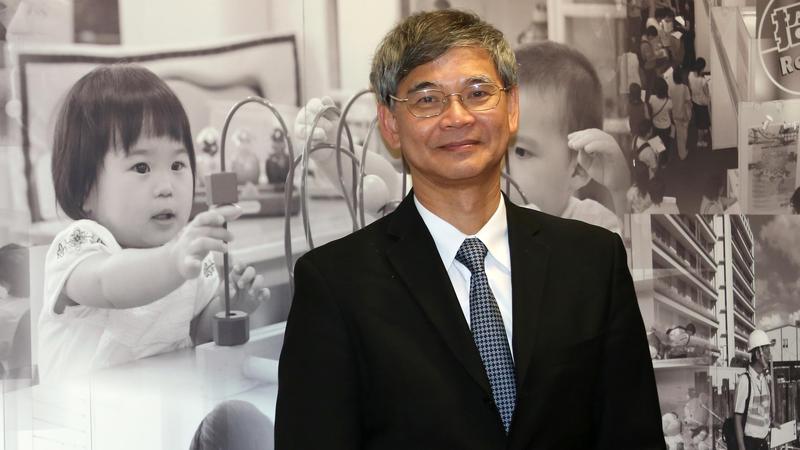 Secretary for Labour and Welfare Law Chi-kwong says he did not have to do any soul searching when he decided to leave the political party he joined nearly 30 years ago and become part of the government.

Law said he had hoped to have his party membership frozen but the Democratic Party refused. This left him no option but to resign. Despite this, the veteran politician says he left his old party on good terms.

Affectionately called “CK” by people who know him, he joined the United Democrats of Hong Kong in the early 1990s. In 1994, it merged with Meeting Point, a pressure group, to form what is today known as the Democratic Party.

Law was once a party vice-chairman but is considered to be from the moderate part of the party. The DP has become more radical in recent times.

He was a legislator from 1995 to 2004, representing the Social Welfare functional constituency. He has also worked as an associate professor of social work and social administration at the University of Hong Kong until he retired a few years ago. Law has held numerous posts in the public service over the years.

Explaining why he wants to join the government, he says: “I want to… help the government in the advocacy, research and execution of public policy.”

The DP has an “unwritten rule” that no party member should join the government before implementation of universal suffrage.

But Law offers a different take on this: “It is not a party rule but a political judgment,” he revealed.

“It has been there for very long time, since the days of the United Democrats. It was not part of the party doctrine. It was passed by the central committee but not by the party’s general assembly.

“I was not struggling to quit the party or join the government. I didn’t want to quit. I wanted to freeze my membership but the party disagreed,” he added.

Despite his “pan-democrat” background, Law said his appointment was approved by central government authorities without any problems.

From a dozen candidates, he selected Caspar Tsui Ying-wai as his undersecretary. Tsui, a political assistant of the Home Affairs Bureau for the past nine years, is a member of the Democratic Alliance for the Betterment and Progress of Hong Kong (DAB), a leading force in the pro-establishment camp.

“As I have strong ‘pan-democrat’ background, I have a broader political spectrum and can therefore have a deputy from the opposite political camp,” he explained.