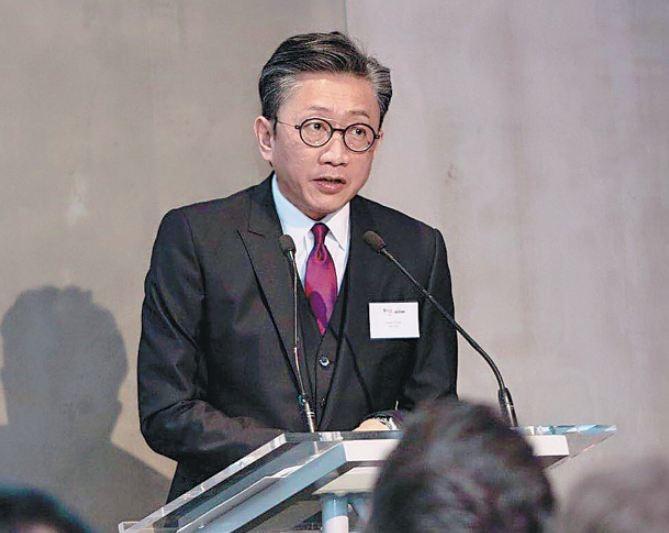 With new city clusters such as the Greater Bay Area, or GBA, emerging as a standout trend in China's urbanization drive, integrated firms such as Aecom foresee many growth opportunities, said Sean Chiao, president of its Asia Pacific operations.

A Fortune 500 company, Aecom asked Chiao, who has a master's in urban architecture and design from Harvard, has played a principal role in establishing Aecom's China practice in 2009.

Ever since, his passion has been to add value to the country's efforts to transform its urban landscape.

Chiao can't hide his excitement about the GBA. "Its potential is unique, and will provide a model for other city clusters in China and globally," he said.

The GBA "is not only the largest bay area globally, it's also got the world's biggest talent pool now. Around 100 million people are connected by world-leading infrastructure such as the Hong Kong-Zhuhai-Macao Bridge, the boundary crossing facilities, and the Guangzhou-Shenzhen-Hong Kong express rail link boundary crossing".

Chiao further said: "When you consider all this, the opportunity to make the GBA an innovation hub is entirely feasible. As with so many things in China, the GBA is globally pioneering.

"The challenge will be to provide a template for how a megalopolis such as this can leverage the opportunities of greater connectivity, mobility and integration across the region, while sustaining the diverse cultures and authenticity."

Chiao, who has a passion for making cities better, is among the "who's who" of the infrastructure design industry. He is a well-respected figure, not least because of his over two decades with Aecom, a period that saw him hone his skills, deepen his design philosophy and gain incisive insights.

Yet, he remains very approachable. Mention China's grand vision in city planning and urbanization, he will get triggered into holding forth on the subject.

"In less than four decades, China has built some 200 new city areas and districts at a speed and scale that are historically unprecedented globally. The economic momentum drove our clients to achieve urban development in half the time or less than was done anywhere else before."

After graduating from Harvard University, Chiao commenced his career in the United States. His return to Asia-Pacific soon found him leading transformational projects across the region, and playing a principal role in establishing Aecom's China practice.

The infrastructure consultancy specializes in designing, building, financing and operating assets for government, business and organizations. Chiao has been involved in multiple provincial-level projects of strategic importance, such as the Guangdong-Hong Kong-Macao GBA.

During his tenure, he has witnessed the company's business focus shift as new cities grew.

He said during the company's early years in China, it was commissioned to provide master-planning or landscape design for projects. Early in 1997, Aecom was selected as the international consultancy for the Suzhou Industrial Park, one of the earliest urbanization projects in the country.

Then, the business shifted to actual implementation of the masterplan.

"Now, as China opened up to partnerships with foreign participants, we expanded our services to encompass new disciplines such as architecture, building engineering and project management, as well as partnerships with key institutions," he said.

"We are now working with strategic partners to support China's future quality growth, addressing opportunities like transit-oriented development, and challenges like soil remediation and river restoration."

He reminisced that what really impressed him was how China was committed to making cities better places for people.

"The most dramatic change was the maturation of China's commitment to people-centered development, and how it gradually led to environmental consciousness, progressing to innovation, and now to a global vision for the cities that are being built or regenerated."

Looking ahead, Chiao emphasizes the significance of collaboration, and views Aecom's role as a foreign multinational that has to go beyond providing technical services.

READ MORE: Guangzhou spreads its wings globally as a city with international reach

Chiao foresees China continuing its commitment to the open market policy. It will enable more experienced professionals, resources and collaborations from around the world to contribute to the nation's ongoing development, he said.

"In other markets, we've been able to bring the full range of our disciplines together, such as engineering and transportation infrastructure, to provide an even more integrated approach for our clients' projects. We hope to do so in China, too."