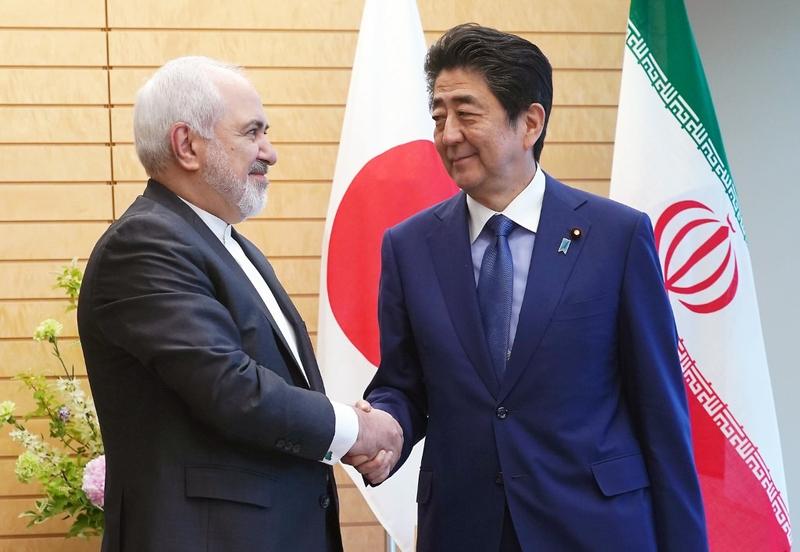 TOKYO — Japanese Prime Minister Shinzo Abe is considering a visit to Iran as early as mid-June, NHK national television said on Friday, the first such trip in four decades, as global concern grows about rising tension between Iran and the United States.

The United States withdrew last year from an international nuclear deal with Iran, and is ratcheting up sanctions on the Middle East nation, aiming to strangle its economy by ending its international sales of crude oil.

Abe is likely to discuss his plans with US President Donald Trump when the latter visits Japan from Saturday and a final decision may rest on the results of that, NHK said.

Asked about the state of preparations for such a visit, Chief Cabinet Secretary Yoshihide Suga denied the report.

Asked if it would figure in discussions with Trump, he said only that the talks would be “wide-ranging”. He declined to comment directly on what Japan might be able to do, in the context of its friendly ties with both nations.

“Our country has traditionally had friendly relations with Iran,” he said, adding that Japan hoped to be able to contribute to peace and stability in the region.

Japan was a major buyer of Iranian oil for decades before the sanctions. No Japanese prime minister has visited Iran since 1978.

READ MORE: Japan, S.Korea in talks with US about Iran sanctions

During his visit to Japan, Zarif said Iran was committed to its obligations under the international nuclear deal despite the U.S. withdrawal from the landmark agreement. He called the reimposition of U.S. sanctions “unacceptable”.

Iran also denies the Trump administration’s accusations of possible Iranian plots against the United States and its allies.