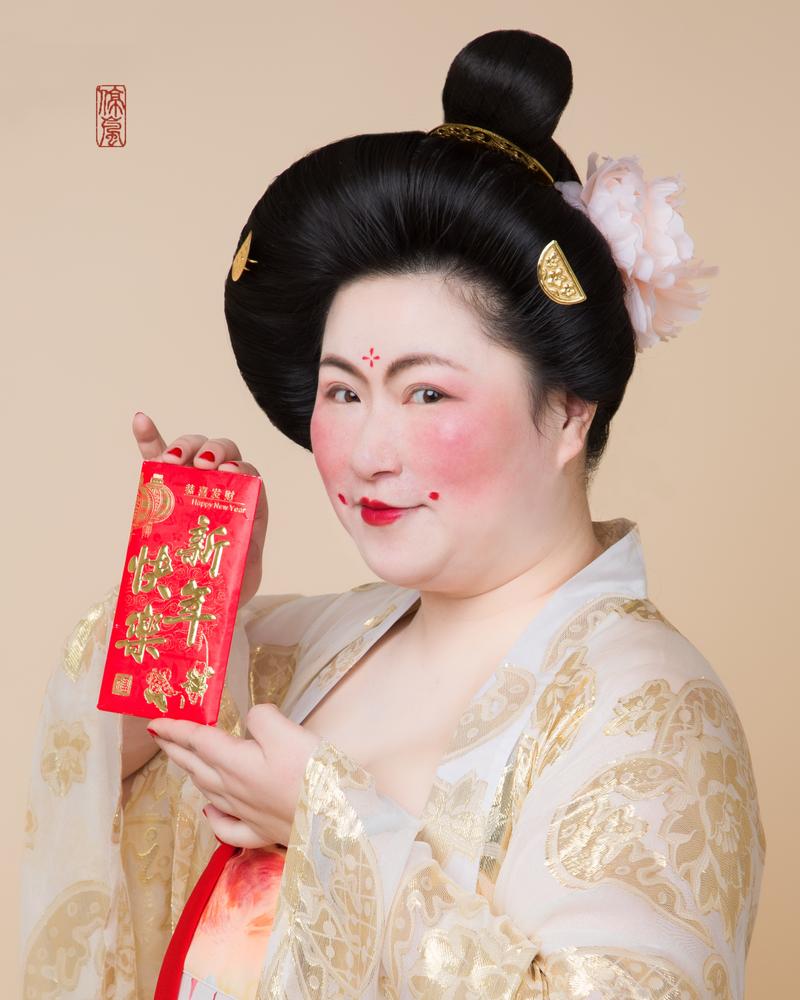 Clothes store owner Zheng Qi poses as a Tang Dynasty (618-907) court lady in this series of photos to celebrate the Spring Festival and Lantern Festival. The images have quickly become an internet sensation. (PHOTO PROVIDED TO CHINA DAILY)

Many ancient paintings and sculptures depict court ladies in the Tang Dynasty (618-907), and the ladies portrayed were not particularly slim. But, the Tang women portrayed in films and TV shows now seem slim compared to their ancient counterparts.

So it was surprising that a series of photos of a chubby woman wearing a ruqun, an outfit from the Tang Dynasty, received more than 10,000 likes on Sina Weibo, China's version of Twitter, on March 2, the day the Lantern Festival was celebrated.

In the series of photos, the woman at first refuses a bowl of yuanxiao, or glutinous dumpling balls, a traditional food eaten that day, then eats only one ball, before finally devouring them all, but seemingly with a sense of regret.

Zheng Qi, the model who is based in Chongqing, says she did not expect such a response.

"I just wanted people to have fun by posting memes derived from my photos," says Zheng who posted another series of similar pictures in which she holds a hongbao, or red packet, in her hands before Spring Festival.

Zheng, 38, who has owned a store selling hanfu－the traditional clothing of Han people－since 2013, says her weight crossed 90 kilograms after giving birth to a child in 2016. 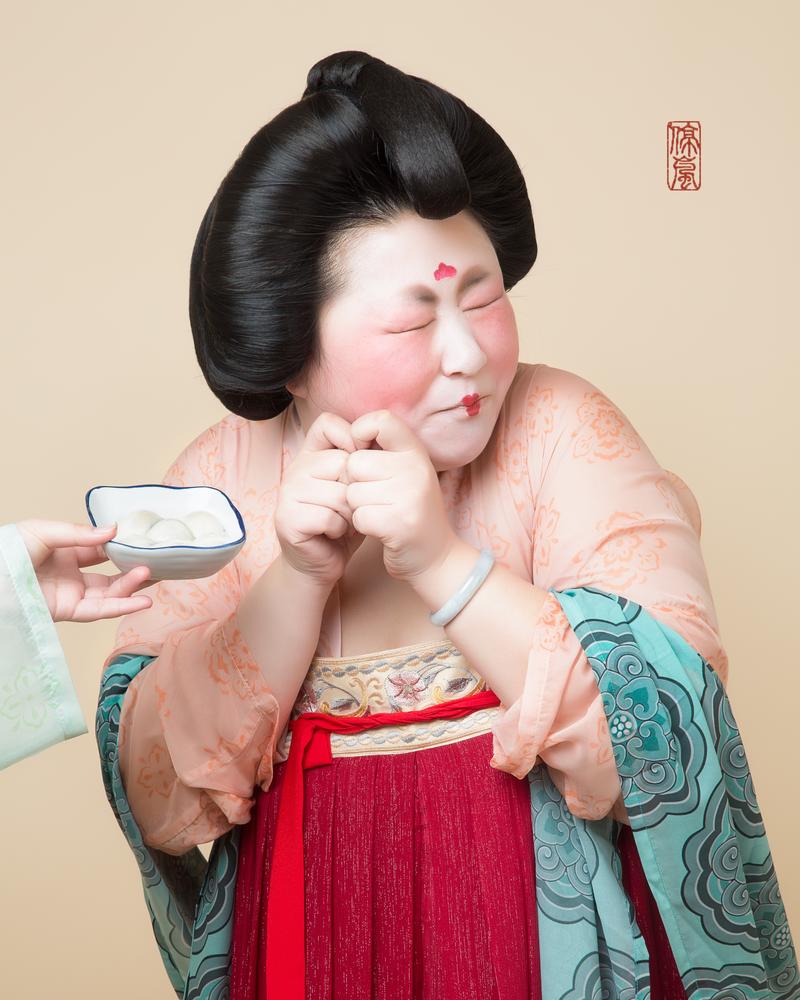 Clothes store owner Zheng Qi poses as a Tang Dynasty (618-907) court lady in this series of photos to celebrate the Spring Festival and Lantern Festival. The images have quickly become an internet sensation. (PHOTO PROVIDED TO CHINA DAILY)

Then, in a bid to boost sales at her hanfu store, she produced plus-sized hanfu for women and volunteered to be the model.

Commenting on the pictures, some netizens say the model has "recreated the Tang women from head to toe".

Zheng says when posing for the photos, she resembled the style of women in Zan Hua Shi Nyu Tu (Court Ladies with Head-pinned Flowers), a famous work by the Tang painter Zhou Fang.

Many of Zhou's works portray noblewomen, and his works are often used to recreate the clothing, hairstyles and make-up for female characters in historical dramas.

The photos have been reposted by cultural institutions such as the Shaanxi History Museum in Xi'an.

Zheng says her team also used the pottery figures of court ladies from the Tang Dynasty as inspiration for the pictures.

Though Zheng was surprised by her overnight fame, Wang Xilin, a friend who promoted the photos using her Sina Weibo account says the response was not totally unexpected.

Commenting on the response, Wang, a hanfu aficionado who used to work at a museum and organize activities related to traditional attire in Xi'an, says: "We all know that 'Make traditional treasures come alive' is a slogan for museums across the country."

As for Zheng, she says: "It's a trend for hanfu lovers to shoot celebration photos during traditional festivals. I'm definitely not the first one."

Separately, the hanfu designer says that since she has attracted wide publicity, she will endeavor to show people traditional culture in a humorous way and continue to design more high-quality plus-sized hanfu for women like her.