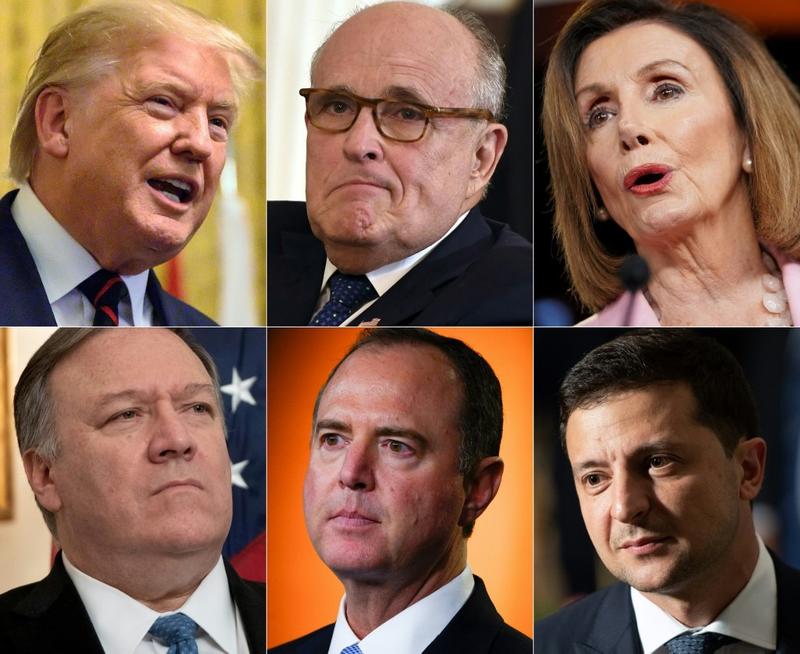 According to a whistle-blower complaint and a memorandum of the call the White House released, Trump asked Zelensky, whose country is dependent on US military aid to combat a Russia-backed insurgency, to investigate former Vice President Joe Biden and his son Hunter

Three House committees said they had subpoenaed Giuliani for records of his dealings with Ukraine on Trump’s behalf. And Pompeo was among those listening in on a July 25 phone call between Trump and Ukrainian President Volodymyr Zelensky, according to a person familiar with the matter. That conversation is central to the impeachment investigation.

Barr has asked Trump to contact “other countries” for help with a probe into the origins of the Justice Department’s investigation of Russian interference in the 2016 election, department spokeswoman Kerri Kupec said in an email. The prosecutor leading the investigation, US Attorney John Durham, “is gathering information from numerous sources, including a number of foreign countries,” she said.

The New York Times reported that Trump recently asked Australian Prime Minister Scott Morrison to assist Barr in his probe, and the Washington Post reported that Barr has held meetings overseas with foreign intelligence officials to seek their help.

On Monday evening, a White House spokesman, Hogan Gidley, said in a statement that the Morrison call “relates to a DOJ inquiry publicly announced months ago to uncover exactly what happened. The DOJ simply requested that the president provide introductions to facilitate that ongoing inquiry, and he did so, that’s all.”

The rapid-fire developments expanded the potential scope of the House’s inquiry, which began last week after revelations of Trump’s call with Zelensky. According to a whistle-blower complaint and a memorandum of the call the White House released, Trump asked Zelensky, whose country is dependent on US military aid to combat a Russia-backed insurgency, to investigate former Vice President Joe Biden and his son Hunter.

The Democratic chairmen of the House panels on Foreign Affairs, Intelligence and Oversight gave Giuliani a deadline of Oct. 15 to turn over documents he referred to in television interviews regarding his conversations with Ukrainian officials. The documents include “text messages, phone records and other communications” that could indicate other administration officials might be involved.

Giuliani accused Joe Biden of bribery in an interview with Fox Business Network on Monday, without presenting any evidence. Trump has alleged that as vice president in 2016, Biden pressured Ukraine to fire a former prosecutor general to protect his son from an investigation of a gas company that employed him as a board member. The claim has been discredited by Ukrainian officials and documents obtained by Bloomberg News.

Trump urged Morrison to assist Barr in his efforts to undercut Special Counsel Robert Mueller’s inquiry into Russian interference in the 2016 US election, the Times said, citing two American officials. The request was made in a phone call, the Times said, adding that a transcript of the conversation was restricted to just a few officials.

It was not clear when the call took place, but Barr was sworn in on Feb. 14, shortly before Mueller submitted his final report. Morrison visited Washington and was treated to a state dinner at the White House earlier this month. 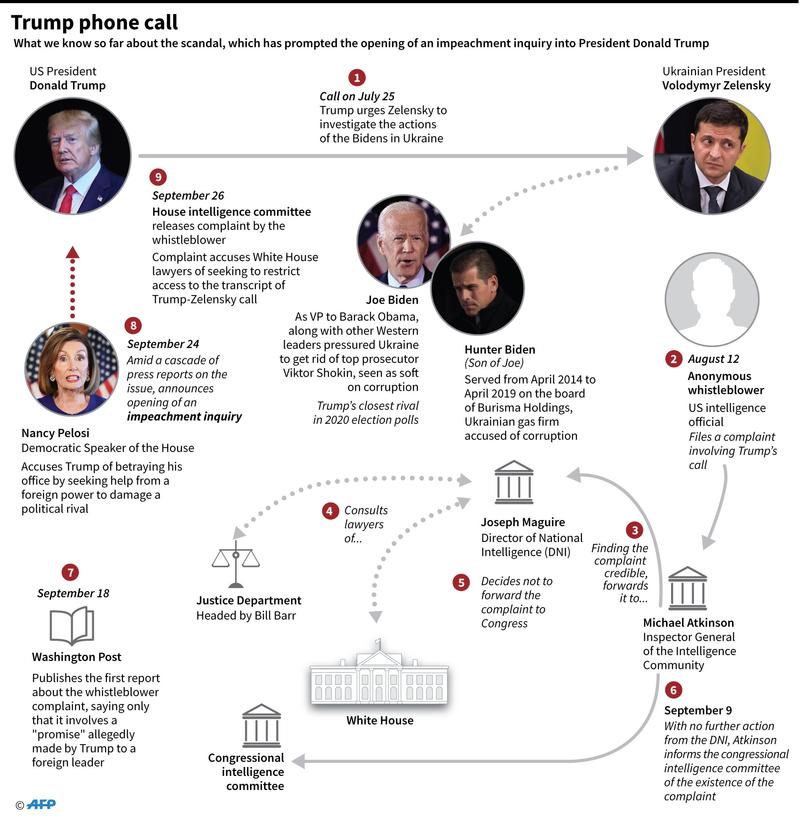 Alexander Downer, Australia’s former high commissioner to the UK, confirmed that he’d spoken with Trump campaign adviser George Papadopoulos in 2016 and had passed information from that conversation to Australian authorities.

“I don’t know anything at all about conversations that Scott Morrison has had with Donald Trump, I’m afraid these days it’s not the sort of thing I’m privy to,” Downer said in an interview Tuesday with Australian Broadcasting Corp. radio.

An Australian journalist, Kerrie Yaxley, tweeted a copy of a letter that appears to have been written to Barr by Australia’s ambassador to the US, Joe Hockey, in which he said his government “will use its best endeavors to support your efforts in this matter.”

Pompeo will face further questions over Ukraine, now that it’s known that he heard the Trump-Zelensky exchange. The whistle-blower also implicated Giuliani and Barr in Trump's efforts to seek a Ukraine probe  into Biden

The handling of the Morrison call record appears similar to the White House’s treatment of a memorandum documenting Trump’s call with Zelensky. The White House last week corroborated the whistle-blower’s claim that the Zelensky memo was placed in an electronic system intended to store highly sensitive information.

The whistle-blower also implicated Giuliani, a former mayor of New York, and Barr in the president’s efforts to seek a Ukraine investigation of Biden.

Pompeo will face further questions over Ukraine, now that it’s known that he heard the Trump-Zelensky exchange. Pompeo, who is widely believed to be considering a run for a Senate seat in his home state of Kansas, brushed off the whistle-blower’s complaint at a news briefing on Friday in New York, saying he hadn’t read the document.

The Wall Street Journal first reported that he was among the listeners on the call.

House Democratic investigators say Pompeo and the State Department face a Friday deadline to respond to a subpoena from the three House committees.

That subpoena demands that Pompeo produce, among other things, “a full list of any department officials who participated in, assisted in preparation for, or received a readout of the July 25 call.”

Giuliani said Monday on Fox News he was “weighing the alternatives” when asked if he would testify at a congressional hearing, but hinted he believed that his work in Ukraine was protected by attorney-client privilege.

The subpoena was for records, and not a personal appearance.