Editor’s Note: A frontrunner among the new-media artists in Hong Kong, Hung Keung’s high-tech creations can appear deceptively simple. While he draws inspiration from profound, sometimes obscure, ideas in classic Chinese texts, even small children can have fun by participating in Hung’s immersive art projects. The artist shared notes on his artistic practice and philosophy with China Daily Hong Kong. 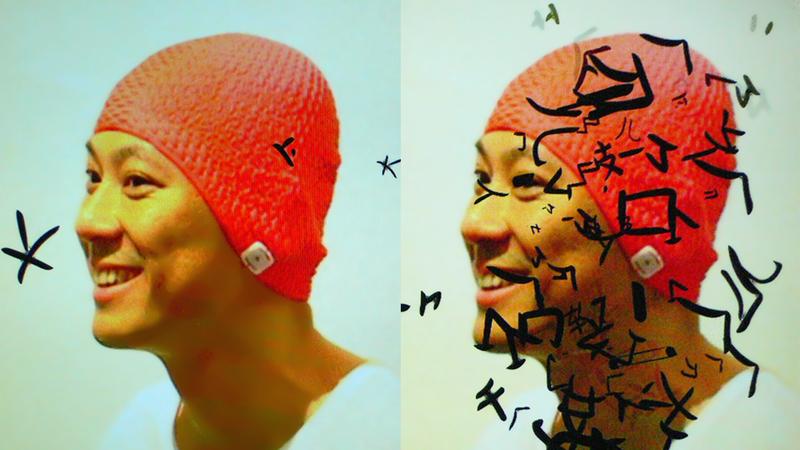 Q: How did the idea of connecting something as sophisticated and clever as new media and digital technology with simple strokes drawn using a pencil on paper come to you?

A : I was a multi-media artist in the UK more than 20 years ago. At that time I was too enamored by the new, emerging technologies. And then I began to feel a sense of disconnect — from the history of humankind. I realized that as an artist it was important to look back in order to make progress. That’s where the idea of Flip and Fly: Interactive Chinese Characters workshop plus exhibition came from.

Q: In that workshop, held recently at Asia Society Hong Kong Center, the audience-participants were encouraged to imagine the evolution of Chinese characters by drawing fun images. These pencil sketches will form the basis of a digital film. Would you like to tell us about introducing the element of “play”, as you call it, in the realm of Chinese calligraphy?

A : Indeed, in the final stage of the workshop, the entire audience will be invited to play with their artwork, and the film will capture this playfulness. I wanted to extend the roles played by the audience, encouraging them to create their own artwork in collaboration with the artist. I wanted them to get more actively engaged in the things they see.

Q: You are trying to make a digital film on the “flight” of Chinese characters with a bunch of people with little or no familiarity with Chinese characters and no experience of handling new media. What made you think you could pull it off?

A : It really doesn’t matter whether or not you identify yourself as an artist or which country you come from. Once the participant has got a grasp on the basic concept — about linking up time, space and Chinese characters — it should not be difficult to respond to the idea even with sensibilities shaped by a different culture. I have given the workshop to people from the UK, Germany, Korea and Japan and many of them tell me the principles of the workshop could, just as well, be applied to their native languages.

Q: Are the participants excited to see their scribbles come to life through digital animation?

A : Some of them are so happy seeing what they have drawn being animated and turned into works of art they just gaze at the film for hours. Participants sometimes  bring their families over to share their creations.

Q: What do you expect participants to take away from your workshop?

A : Oh, I like them to play more than anything else. I ask them to play with the skill they already might have and try their hand at one or two things they pick up at the workshop. Just relax and have fun and in the end you might be rewarded with a surprise.

Q: Your recent interactive art project, Circular Reflection, which was the inaugural show at Salisbury Garden, was informed by Buddhist philosophy and involved a lot of technical wizardry. That’s a somewhat unlikely combination.

A : While Buddhist philosophy might appear a bit too serious, even boring, for a lot of people, most of them would respond to an interactive installation like the one that was part of the Salisbury Garden opening show. It was fun, playful and exciting, something people can get involved with quite quickly.

Many of those experiences were about waiting. For example, by looking at the giant discs with chrome finish it was not easy to tell that these would function like a mirror. The image appeared only after a time lapse.

It was like a reward you give yourself for being patient. For example, if you stood in front of the rotating disc for 10 minutes — which is the time it takes to complete a full rotation — you could see your own history of a few minutes back play on it like a film. So the experience was akin to playing with one’s own history.

Q: This act of deferral seems particularly meaningful in a city like Hong Kong where people seem to be perennially on the run…

A : Indeed! We are trying to tell the people of Hong Kong working crazy schedules: give the lost time back to yourself. The more they have the time to communicate with themselves, the clearer the image they get to see.

The idea ties up with the Buddhist principle of being alert at all times. So you’re getting a taste of such a philosophy even without knowing it.

Q: How did you make such magic happen?

A : Actually they weren’t reflections, technically-speaking,. They were in fact digital images generated by a computer. We used very high-end technology to create something that looks simple and obvious.

Q: You also included a virtual reality experience as part of the show — a 360-degree view of the Hong Kong Harbour as seen from different locations, from Wan Chai to Tsim Sha Tsui…

A : The idea was to create an experience that was both inside out and outside in. Nowadays, like the butterfly in Zhuang Zhou’s book, we’re both seeing things and being seen. It’s like existing in a bio-artificial reality which is what I had alluded to in the VR experience.