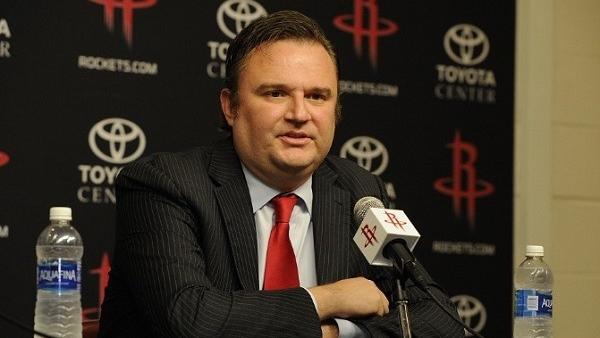 The CCTV Sports Channel of the China Media Group issued a statement on Tuesday, deciding to immediately suspend current broadcast arrangements of the NBA preseason (China Games) and immediately investigate all cooperation and exchanges involving the NBA.

The statement said that the channel is strongly dissatisfied and opposed the announcement that NBA Commissioner Adam Silver claimed to support Houston Rockets executive Daryl Morey's right to free speech.

Any speech that challenges national sovereignty and social stability is not within the scope of freedom of speech, the statement said.

Adam Silver, who is participating in the event in Japan, told Kyodo News in an interview the league's stance was firm that Daryl Morey was free to express himself and that the league backed his right to do so. 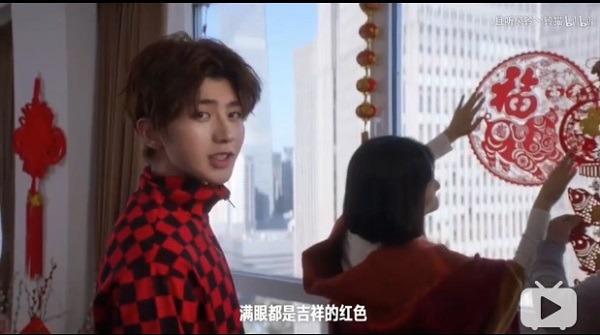 Besides Cai, a number of other Chinese stars have pulled out of the celebrations for the NBA China Games 2019.

Pop group UNINE, singer and actor Fan Chengcheng, actors Bai Jingting, Li Yifeng and Wu Jinyan, as well as stage actor and singer Zheng Yunlong, have issued statements through their studios and Sina Weibo accounts saying that they will adhere to the one-China principle and maintain the reunification of China.

They said they will not participate in the Weibo NBA Fan Night to be held Oct 9 and the NBA China Games 2019.

Many supported the stars' statement online, with some saying the NBA's door to China has been closed by Morey.

In a statement published Saturday, the Chinese Basketball Association expressed "strong dissatisfaction" with Morey's comments, saying that it will suspend partnerships and exchanges with the Rockets.

The Chinese Consulate General in Houston issued a statement saying it was "deeply shocked" by Morey's "erroneous comments". The consulate also urged the Rockets to "correct the error and take immediate concrete measures to eliminate the adverse impact". 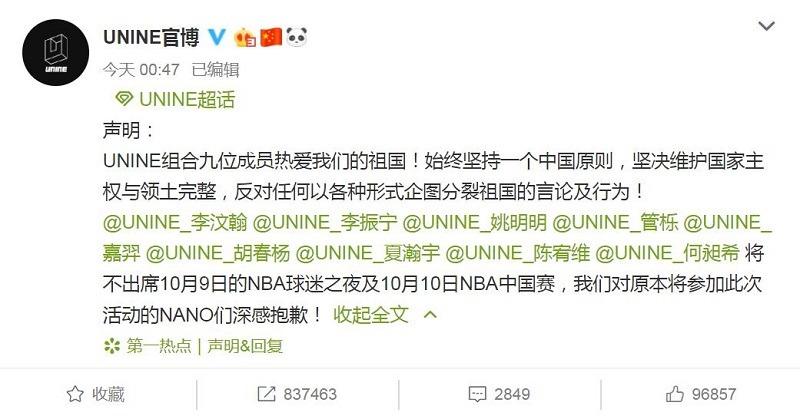 Pop group UNINE express dissatisfaction with any comments harming the reunification of China and say they will not participate in the Weibo NBA Fan Night to be held Oct 9 and the NBA China Games 2019 at Sina Weibo on Oct 8.

One of the most followed NBA franchises in China, the Rockets will be blocked in the team's biggest overseas market in the new season, since both China Central Television and the league's digital partner Tencent announced the suspension of all broadcasting and livestreaming, as well as news coverage, of the franchise in protest of Morey's tweet.

READ MORE: Lesson to Houston Rockets: Be courteous to China if you want to earn money here

China's biggest online shopping platform, Taobao, which is owned by Alibaba, removed all Rockets-related products from its e-commerce outlets on Monday afternoon. 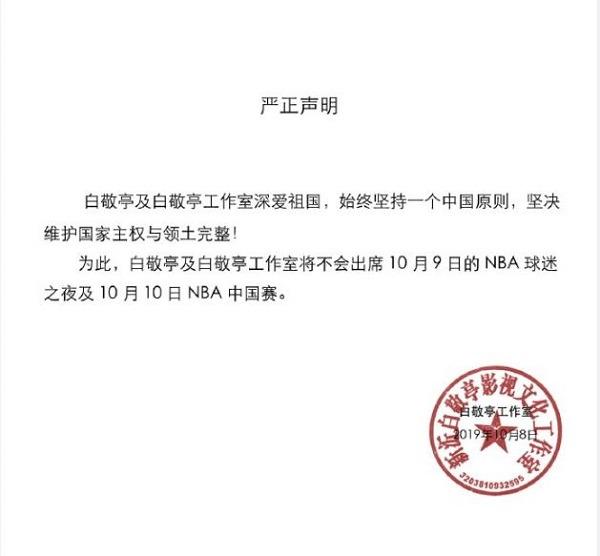 Actor Bai Jingting's studio publishes a statement saying that the actor will adhere to the one-China principle and will not participate in the Weibo NBA Fan Night to be held Oct 9 and the NBA China Games 2019 at Sina Weibo on Oct 8.