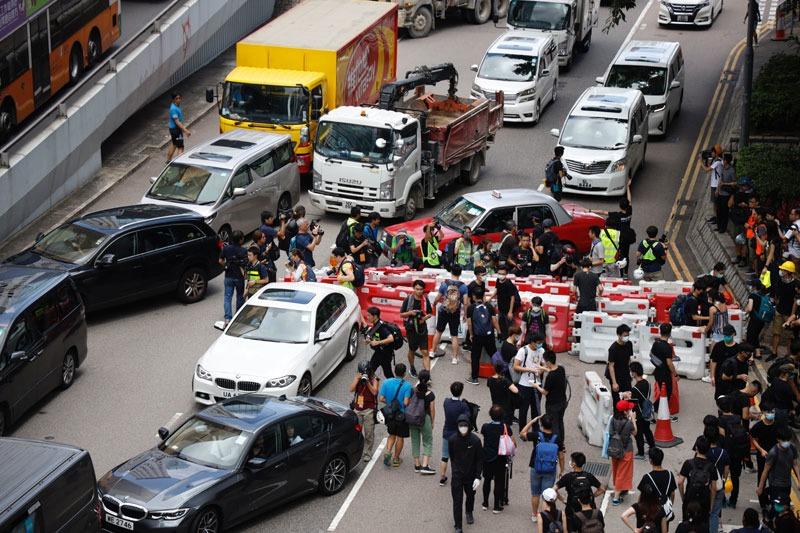 A government spokesman on Friday appealed to protesters to act peacefully and rationally, and to take into account the needs of other members of the public.

The Hong Kong Special Administrative Region government respects the public’s rights to procession and assembly, the spokesman said in response to Friday’s protests.

The protests caused much inconvenience to the community by disrupting traffic and many public services. Since the Police Headquarters and Wan Chai Police Station were surrounded by protesters who also blocked nearby roads, dozens of 999 emergency calls could not be dealt with immediately.

More than 100 bus and minibus routes were diverted or suspended, according to the spokesman.

The spokesman appealed to protesters to take into account the needs of other members of the public when expressing their opinions.

Regarding remarks in the media on Friday by Legislative Council members about the legislative amendments, the spokesman said the government had put a stop to the legislative exercise relating to the Fugitive Offenders Ordinance.

The current term of the Legislative Council will end in July next year, after which the bill will lapse, and the government accepts this reality, the spokesman said.