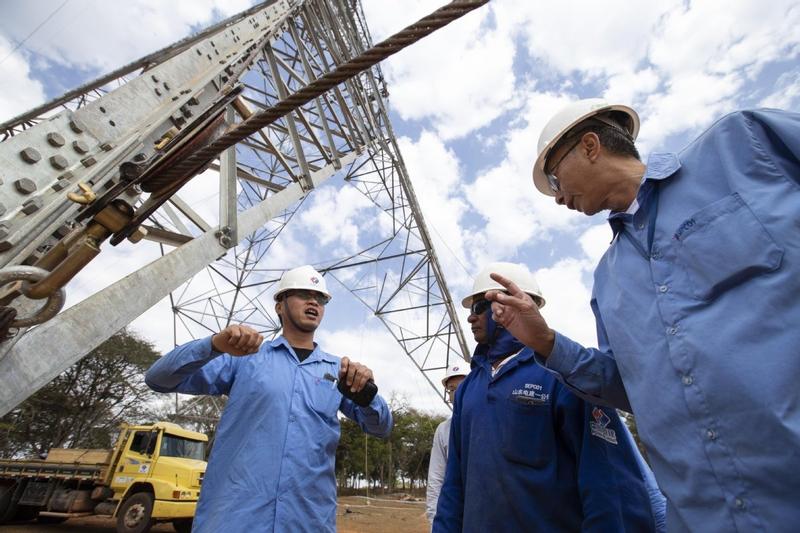 Chinese energy companies are expanding their presence in countries and regions participating in the Belt and Road Initiative, and promoting green, clean power generation in countries beyond China.

According to the China Global Energy Finance, published annually by the Global Development Policy Center's Global China Initiative at Boston University, China's investments globally in power generation over the past five years have been more green than black, as more than 50 percent of the country's investments in power generation projects around the world have been directed toward those sourced from clean energy including water, wind and sun.

China's investments in clean and green energy projects around the world have increased as a proportion of total power generation investments from 20 percent to 55 percent, it showed.

According to the CGEF database, overseas energy financing, including investments in power generation, oil and coal extraction, and use of fuels in industry, agriculture and transport, by China's two global policy banks, the China Development Bank and the Export-Import Bank of China, reached US$8.6 billion worldwide last year.

China's investments in clean and green energy projects around the world have increased as a proportion of total power generation investments from 20 percent to 55 percent, according to the China Global Energy Finance

As much as 93 percent of China's energy loans reaching US$8 billion went to countries and regions participating in the Belt and Road Initiative in 2018, according to the database.

While investment in coal was US$3 billion for last year, that in sectors of clean energy, including gas, liquefied natural gas, hydropower and wind accounted for the majority of US$5 billion.

The total investment on energy projects in countries and regions participating in the Belt and Road Initiative so far has reached US$186.3 billion, with those in the clean energy sector being US$135.8 billion, far exceeding the US$51 billion in coal, it showed.

According to the Brookings Institution, a non-profit public policy organization based in Washington that conducts in-depth research, China is making a long-term pivot that will transform its expansive energy infrastructure.

China Three Gorges Corp, a leading hydropower generator, has been playing an important role in implementing China's long-term strategic shift to advanced technologies and clean energy by introducing the nation's advanced and accelerating proficiency in renewable technologies beyond the nation.

Global.epec.com, an international online marketplace for industrial and energy products owned by China Petroleum & Chemical Corp, the world's largest refiner, which is also known as Sinopec, has reached an accumulated transaction amount of US$13.5 billion in the past two years since its launch in 2017, and has served as a bridge that connects trade in industrial products produced in countries and regions participating in the Belt and Road Initiative.

Some 125 suppliers and 141 purchasers from 34 countries and regions participating in the Belt and Road Initiative have registered on the platform as of March, since its first launch.

The accumulated industrial products import and export trade among enterprises with business involved along the route reached US$3.74 billion, accounting for 27.7 percent of the platform's total volume, it said.

State Grid Corp of China, which runs the majority of China's electricity distribution networks, also reported that its second phase of the Belo Monte ultrahigh voltage power project in Brazil, spanning more than 2,500 kilometers, is likely to start commercial operations by the third quarter of this year.

The project, which is currently undergoing system debugging, is the longest 800kV ultrahigh voltage electricity transmission project worldwide and spans 78 cities in Brazil. It is expected to bring China's ultrahigh voltage direct current transmission technology to South America and play a significant role in optimizing the energy structure in Brazil, enabling long-distance, high-efficiency clean energy transmission in the country.

With total investment for the second phase of the project reaching 18.6 billion yuan (US$2.77 billion), the project will also provide more than 16,000 jobs in Brazil and higher tax revenues, said the company, which has become the largest power distribution company in Brazil.

The company has also achieved success in power connections in countries and regions involved in the Belt and Road Initiative while eyeing further inroads in the future, it said. 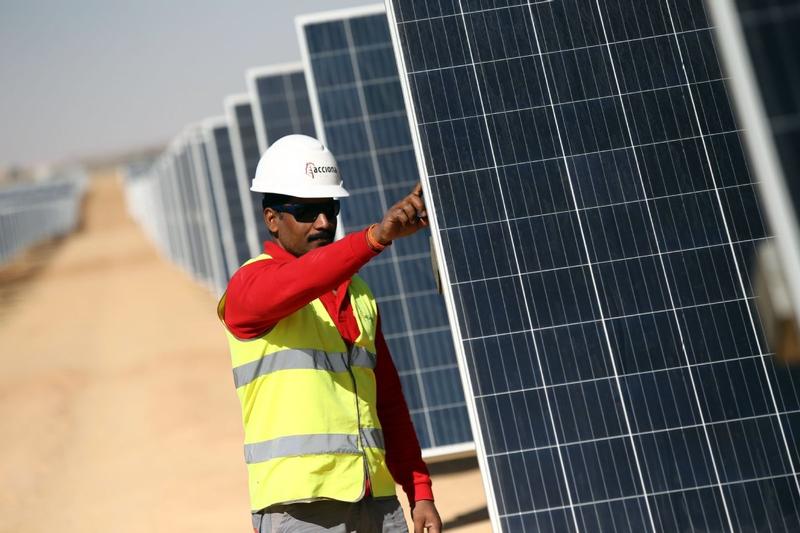 According to Joseph Jacobelli, an independent energy analyst and Asia-Pacific CEO of clean energy producer Joule Power, State Grid has accumulated investment knowledge from its many projects in various continents in the past few years and has the strength to help other nations build their grid networks.

Jacobelli said China's advantage in UHV direct current power transmission has substantial potential in countries and regions participating in the Belt and Road Initiative, helping ease the challenges of long distances between suppliers and customers in Brazil, which has been working on transmitting electricity from hydropower stations in the Amazon region in the north to areas with huge demand, such as the southern states of Sao Paulo and Rio de Janeiro.

This is similar to China, which also has a vast territory with energy consumption centers far from resources, he said.

There is tremendous potential for energy cooperation between China and other BRI-related economies, with massive opportunities in the fields of solar, hydro, nuclear and wind power

According to Jacobelli, there is tremendous potential for energy cooperation between China and other BRI-related economies, with massive opportunities in the fields of solar, hydro, nuclear and wind power.

Replacing the polluting coal with more clean energy has been gaining ground over the past few years, and this trend is likely to remain in the short to medium term. The key implications for industry participants from the shift away from coal has been an acceleration in the construction of renewable energy facilities, he said.

Chinese clean energy companies, with their wide-ranging know-how and experience, in fields including hydroelectric plants, which are second to none, have been expanding their presence overseas, while the Chinese companies' cost-control abilities also provide advantages in exploring clean energy markets abroad, he added.

According to the Brookings Institute, China will invest more than US$6 trillion in low-carbon power generation and other clean energy technologies over the next 20 years, as global energy demand is expected to rise 30 percent by 2040 with investments in new power generation capacity expanding to US$10.2 trillion.

The majority of that investment－nearly US$7.4 trillion－will be in renewable energy generating capacity, it said.

Li Li, energy research director at ICIS China, a think tank focusing on the energy trend, believes even as fossil fuels, including coal, oil and gas, will still be the dominant energy resource in the upcoming few decades, the country's ambitions could reshape the global energy equation.

The scale of China's clean energy investment, according to the International Energy Agency, is key to the momentum now driving low-carbon energy technologies.