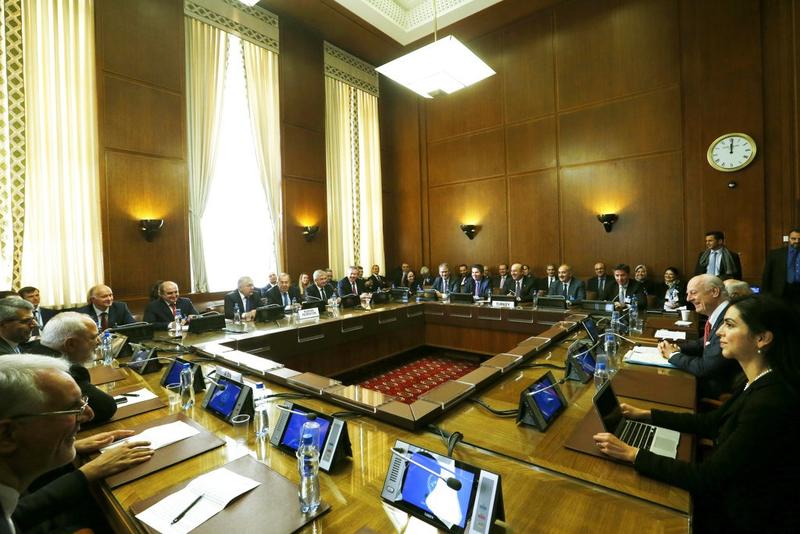 GENEVA — The foreign ministers of Russia, Iran and Turkey on Tuesday said here they have agreed to make efforts at convening the first session of the Syrian Constitutional Committee in early 2019.

In a joint statement read out here after the three ministers' meeting with UN Special Envoy Staffan de Mistura, they said that the work of the new body "should be governed by a sense of compromise and constructive engagement".

Lavrov who spoke for the ministers at the UN here said that at Tuesday's meeting of three foreign ministers, "they presented positive results of their consultations with the Syrian parties on the composition of the Constitutional Committee."

Minutes after the foreign minsters' readout, UN Special Envoy for Syria Staffan de Mistura also briefed the press, saying that his consultations with the foreign ministers of the "three important countries" were a key part to fundamentally advance the possibility of establishing a Syrian-owned, Syrian-led, UN-facilitated constitutional committee.

"The three Foreign Ministers offered a significant joint input regarding the constitutional committee," he noted, adding that this gives effect to the "Sochi Final Statement" of Jan 30, within the context of the Geneva process to implement UN Security Council Resolution 2254 of 2015 on Syria.

According to the special envoy, there is still "an extra mile" to go in the marathon effort to ensure the necessary package for a credible, balanced and inclusive constitutional committee.

The special envoy said he will further consult with the UN secretary-general in New York and brief the Security Council this Thursday for the last time before he steps down on the last day of this year.

Earlier this month, de Mistura had said in Geneva that he was seeking help in getting an agreement with Syria on the final names that are needed on the list for the constitutional committee to give it the necessary credibility to drive the peace process forward.

The formation of the constitutional committee was agreed upon in January during inter-Syrian talks, brokered by Russia, Iran and Turkey, in Sochi.

The committee is expected to have 150 members from both the Syrian government and the opposition and if it is finally constituted, de Mistura believes it will drive forward the peace process.