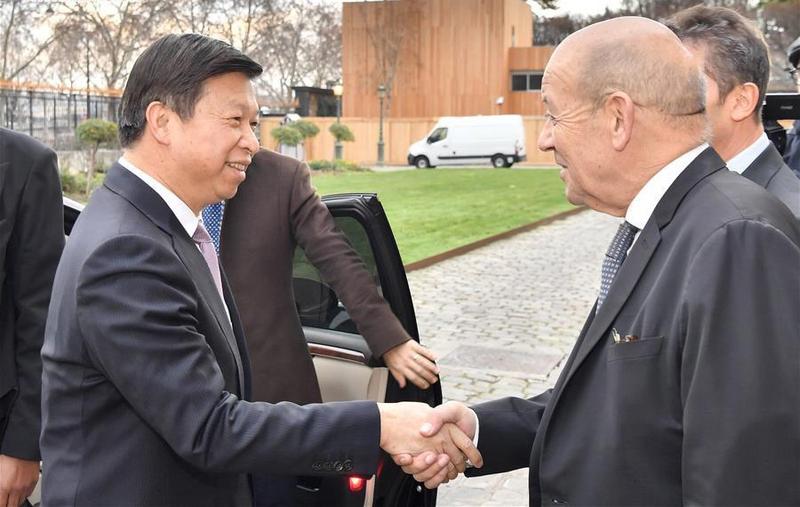 PARIS – Song Tao, Minister of the International Department of the Central Committee of Communist Party of China (CPC), has emphasized exchanges and mutual trust with France.

Song made the remarks during a visit to France from Saturday to Tuesday at the invitation of French ruling party of The Republic On The Move (LREM).

Currently Sino-French relations are keeping up good momentum for development, he said.

China is ready to work with France to strengthen interparty, intergovernmental and inter-parliamentary exchanges, promote strategic communication and boost mutual political trust so as to advance the sustainable and healthy development of bilateral relations, said Song.

The French side spoke highly of Sino-French relations and expressed its willingness to strengthen exchanges and cooperation with China in a joint effort to tackle global challenges.