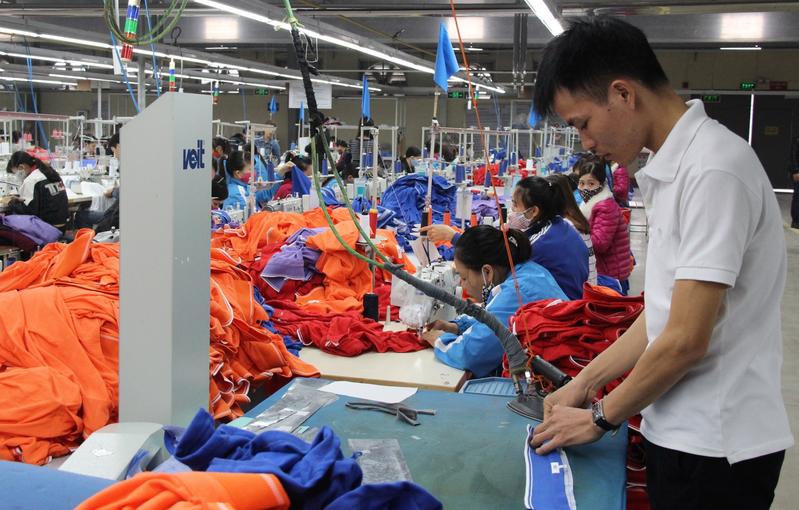 HO CHI MINH CITY – Vietnam’s garment and textile sector is set to expand its market share globally, taking advantage of free trade agreements (FTAs) to become “a manufacturer of the world's established brands”, a trade and investment official has said.

Competitive labor costs and preferential policies will continue to help Vietnam become an ideal destination for investors in this sector, he said.

Participation in the Comprehensive and Progressive Agreement for Trans-Pacific Partnership (CPTPP) will benefit the country in the long term, helping the garment and textile sector expand market share in Canada, Mexico, New Zealand and Australia and many other countries.

ALSO READ: Vietnam textiles workers struggle to get by on just US$50 a week

In addition, the EU-Vietnam Free Trade Agreement (EVFTA) is expected to have a positive impact in the medium to long term.

The legal review for EVFTA has been completed and it is undergoing its members’ approval process. It is likely to be approved by Vietnam’s National Assembly in June.

Many of the exhibitors are members of the Vietnam Textile and Apparel Association (VITAS), Vietnam National Textile and Garment Group, and Handicraft and Wood Industry Association of Ho Chi Minh City.

Bui Thi My Hanh, an exhibitor which took part in the trade show, told Viet Nam News that most Vietnamese exhibitors lacked marketing skills as well as information about export markets. “To fully take advantage of the event, exhibitors should be trained by ITPC to become to be an effective exhibitor.”

Hanh said that ITPC should act as a bridge connecting overseas trade officials with exporters so that local exporters can better understand export markets.

Vietnamese exhibitors also expect more orders to shift from China to Vietnam due to the ongoing US-China trade dispute, she said.

Vu Duc Giang, chairman of VITAS, said Vietnamese textile enterprises this year have seen positive signs for orders, he said. “Many businesses have already received orders for the first six months of 2019 and even for the entire year.”

Last year, the industry earned US$36 billion from exports, up 16 percent year-on-year, making Vietnam one of the world’s three biggest exporters of textiles and apparel.

This year, the textile and garment sector has set a target of US$40 billion in exports, up 11 percent year-on-year.

The industry has set a target of more than US$60 billion worth of exports by 2025.