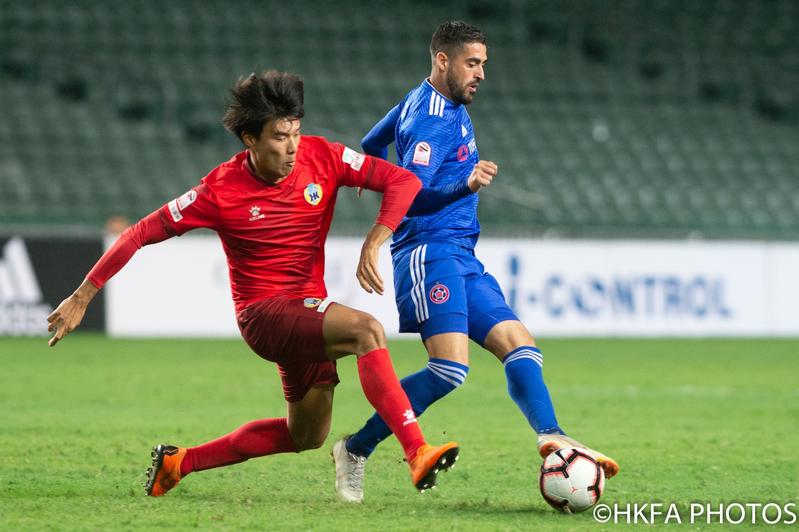 Manuel Bleda is the top scorer of the league after scoring two goals against Hoi King on Jan 2, 2019. (PHOTO COURTESY OF HKFA)

Following several fixtures over Christmas and New Year holidays, the Hong Kong Premier League takes once again a short break to accommodate the Guangdong-Hong Kong Cup in the coming week.

Kitchee finished 2018 on a high, after beating Dreams 5-0 at Mong Kong Stadium on Dec 29. As expected, the Bluewaves cruised to their three points, leaving their guests little room to counter. Josip Tadic opened the scoring in the 37th minute, after which Ju Yingzhi and Lucas Silva added two more goals each. Eastern followed the example of their rivals, as they thrashed Hoi King 6-0 in a rescheduled game on Jan 2. Spanish striker Manuel Bleda found the back of the net two times, which puts him on top of the goalscoring table, having scored nine in the Premier League and eleven across all competitions. The latest fixtures ensured that all teams have the same number of games played before starting into the second half of the season. Eastern have taken back the top spot in the table with 17 points, followed by R&F on 16, and both Kitchee and Southern on 15. Tai Po and Pegasus are also still in the mix, as they only trail Eastern by four points.

Meanwhile, several teams have already made their first moves, as the winter transfer window opened on Jan 2 and will last until the end of the month. Yuen Long signed defender Wang Ruei as well as Hong Kong football veteran Cheung Kin-fung. The latter joins the Tangerines on loan from Eastern.

Kitchee made headlines by replacing their South Korean defender Kim Bong-jin with 36-year-old Matt Smith. The Australian earned three caps for the national team back in 2012 when he was playing for Brisbane Roar in the A-League. Most recently he captained Thai club Bangkok Glass. Kitchee’s hope is to strengthen the defense ahead of their ACL qualifying campaign, which will start shortly after the Chinese New Year holidays in February. It is expected that Kim Bong-jin will be loaned out for the second half of the season to another Premier League side. Kitchee’s other Korean player with a very similar name, Kim Dong-jin, has finished his contract and is currently without a club following his short stint with Hoi King. 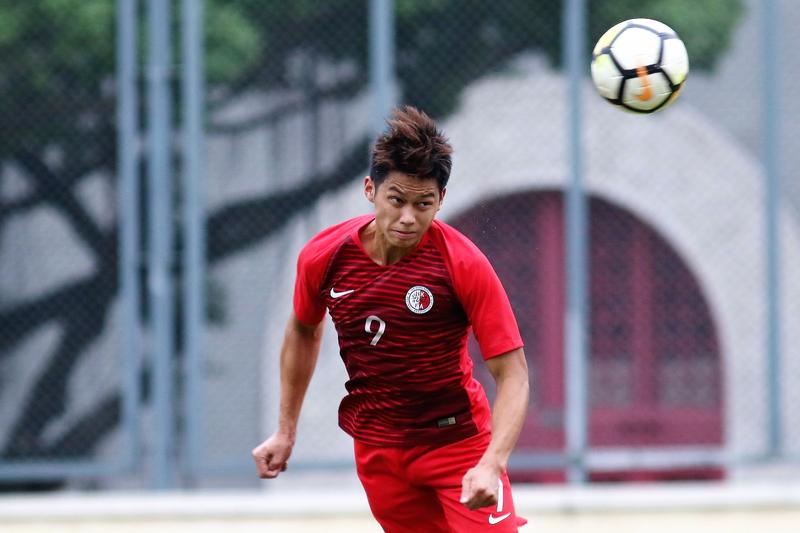 The HKFA will count on a younger squad for the Guandong-Hong Kong Cup. (PHOTO COURTESY OF HKFA)

Maybe the most spectacular transfer thus far was Tai Po’s coup in signing Pegasus playmaker Joao Emir. After being given little playing time, the Brazilian was keen to leave the club and the Greens were willing to trade him for winger David Lazari. It has been reported that Eastern and Lee Man are currently finalizing further transfers, which should be confirmed in the coming days.

For now, however, the attention shifts to the Guandong-Hong Kong Cup. Established in 1979, the annual tournament has become a tradition marking the start of a new football year. In the past, Guangdong has won the trophy 24 times, while Hong Kong accumulated 16 victories. As usual, this year’s 41st edition will be played over two legs.

On Jan 6 the Guangdong FA hosts the match in Guangzhou’s Provincial People’s Stadium close to Martyr’s Park in Yuexiu district. Reportedly up to 10,000 tickets have been given out for free to the community, who can watch both the men’s match at 3:30 pm and the women’s cup at 10 am. The winners of the latter will be decided in only one game.

Three days later, on Jan 9, the HKFA team will take on Guangdong at Hong Kong Stadium in an 8 pm evening kick-off. If the match ends in a draw on aggregate score, the decision will be sought in extra time and penalties. Away goals are not factored in. The ladies have another fixture scheduled at 5 pm earlier that day, though the return leg is only played as a friendly game without silverware. 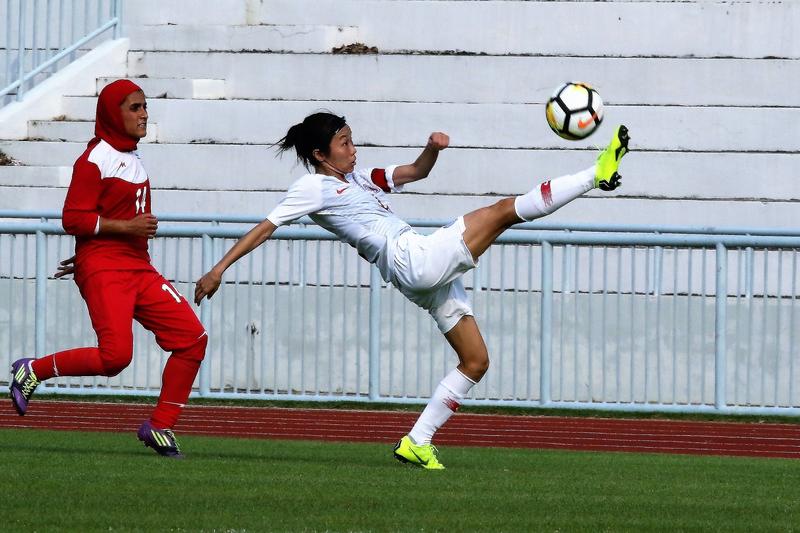 The HKFA women's team will compete in the Guandong-Hong Kong Cup on Jan 6 as well. (PHOTO COURTESY OF HKFA)

The HKFA squad hopes to repeat the success of last year, when they beat Guangdong after penalties, ending a four-year winning streak of the opponents. Traditionally, the team will not be identical to the senior representative team, but instead coach Kenneth Kwok will again rely on a younger squad as an opportunity to gain valuable experience ahead of major regional tournaments. As Kwok explained: “We are preparing for the AFC U-23 Championship Qualifiers and therefore we have decided to bring a young squad to this year’s Guangdong-Hong Kong Cup, hoping to utilize this opportunity to give our young players a chance to get ready for the qualifiers.” However, Kwok does not want to use age as an excuse for failure: “I want them to play fearlessly against the older Guangdong players, learn from the big stage of the Guangdong-Hong Kong Cup and keep developing. While we might be playing away in the first leg, we are not going to settle for any draw, as we always play to win.”

Some of the better-known players in the squad are Leung Nok-hang, Yuen Chun-sing, Wu Chun-ming, Cheng Chin-lung, Tse Ka-wing, and Jordan Lam. The team will also feature youngster Remi Dujardin and Matthew Orr who currently pursue their soccer scholarships in US universities.

The selection of the Guangdong FA will be led by youth coach veteran Chen Yuliang, who earned glory for his province at China’s National Games both as player and manager. Eligible squad members need to be either born in Guangdong or at least play there. Similar to Kenneth Kowk, Chen would like to use this opportunity to develop younger talents, but he can also rely on some famous names, including CSL calibers such as Lu Lin, Chen Zhizhao, Chang Feiya, Ma Junliang, Chen Weiming, and Wang Peng of Guangzhou R&F. Lin Chuangyi of current CSL champions Shanghai SIPG is also expected to join the team.

In Hong Kong, the matches will broadcast for free on Channel 96, ViuTV.