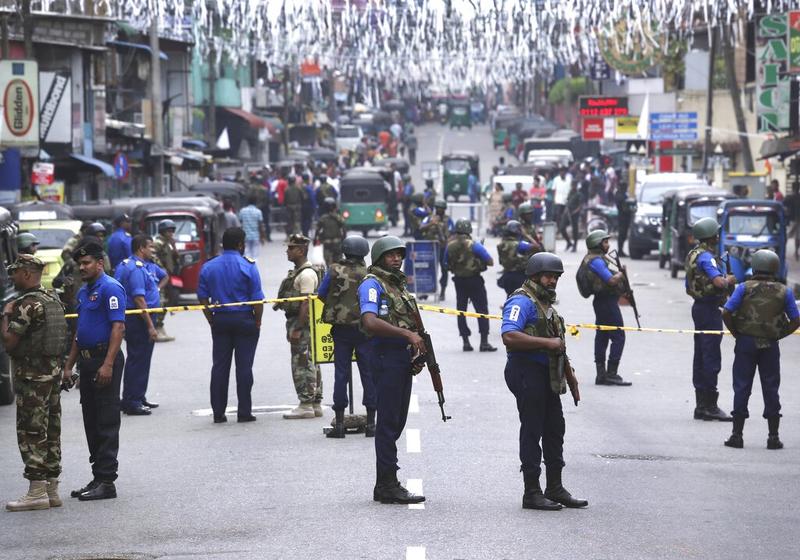 Sri Lankan naval soldiers stand guard as authorities started clearing the debris from inside of the damaged St. Anthony's Church after it was targeted in a series of Islamic State-claimed suicide bombings that killed hundreds of people during Easter Sunday, in Colombo, April 27, 2019. (MANISH SWARUP / AP)

COLOMBO - Sri Lankan President Maithripala Sirisena banned the National Thawheed Jammath (NTJ) and another radical group suspected to be behind the Easter Sunday explosions which killed over 250 people and injured 500, the President's Office said in a statement on Saturday.

The statement said that under the emergency regulations, President Sirisena had taken steps to declare the NTJ and Jamathei Millathu Ibraheem (JMI) in Sri Lanka as banned organizations.

"As such, all activities of those organizations as well as their property will be seized by the government. Steps are being taken to ban other extremist organizations operating in Sri Lanka, under Emergency Regulations," the statement added.

President Sirisena declared a conditional state of emergency last Tuesday to arrest all the suspected terrorists who were behind Sunday's attacks which targeted churches and luxury hotels.

The police said over 100 suspects had been arrested so far and a massive search operation was underway to detain more suspects, linked to the NTJ and other radical groups operating in the country.

Sirisena said on Friday that there were about 140 people in Sri Lanka suspected to have links to the Islamic State group and assured all would be arrested in the coming days.