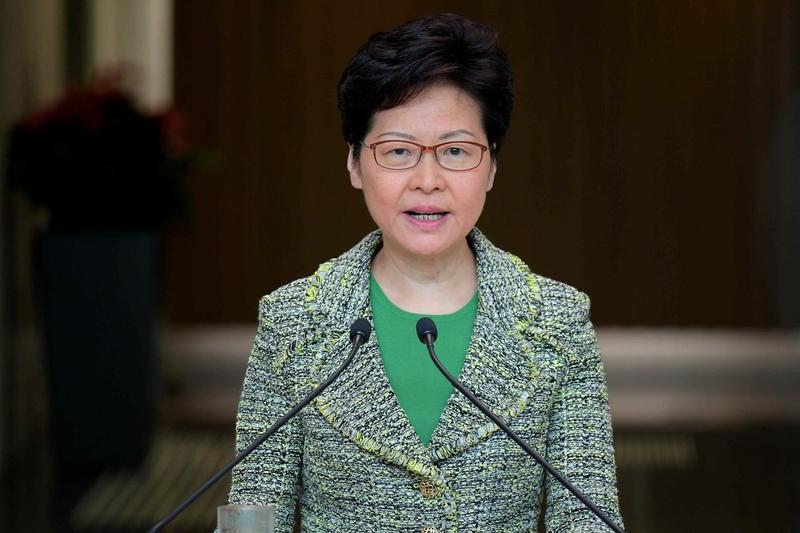 CE Carrie Lam will attend the first community dialogue on the evening of Sept 26, and 150 people selected by drawing lots will be invited to the session

Speaking to reporters ahead of Tuesday's customary Executive Council meeting, Lam said 150 people will be selected by drawing lots.

She said the fact that a large number of people had registered was very inspiring for the government, adding that such interactions would not be one-off. The CE promised more such interactive sessions in future at the community level and also online, saying "this is an important part of my job".

Lam hoped the session would be held peacefully and views articulated rationally as she pledged to humbly listen in order to find a way out for Hong Kong which has been in the grips of political turmoil for more than three months.

Lam said the first session will not have any specific focus. More focused dialogues on a number of pressing issues, such as housing, land supply, education and health care, will be held in the subsequent stages of the dialogue.

Breaking from tradition, the CE said, some government measures will be announced ahead of the Policy Address which is expected to be held in October.

Amid a fresh of violence last weekend, some rioters desecrated the Chinese national flag in another instance of the national flag being smeared, burned and trod upon in a public place in Hong Kong.

Lam said repeated desecration of the Chinese national flag blatantly undermined national dignity as also the practice of “one country, two systems” in Hong Kong. She said the SAR government would hold offenders accountable according to the law.

Earlier, the government canceled the annual National Day fireworks show scheduled on Oct 1 on safety grounds. Other events to mark the aniversary, such as the national flag raising ceremony and morning reception, will be held as scheduled on Oct 1.

On Monday, Lam said that the dialogue platform had been officially launched.

READ MORE: Honorary WHO chief calls for dialogues to seek solutions in HK

Lam posted a picture on the social media depicting a small seedling breaking through the ground, with the caption: "No matter how hard it is, there's a way out. Let's talk. The dialogue platform is officially launched."

The HKSAR government announced on Sept 19 that Lam will attend the first Community Dialogue session on the evening of Sept 26, and 150 people from the community will be invited to the dialogue.

The session will be an open interactive session aimed at inviting people from all walks of life to share their views with the government, so as to gauge the discontent in society and look for solutions, the HKSAR government said.

READ MORE: Lam says her team is keen to lay the groundwork for talks with HK people

Registration was open to the public from Sept 19 to Sept 23 noon.