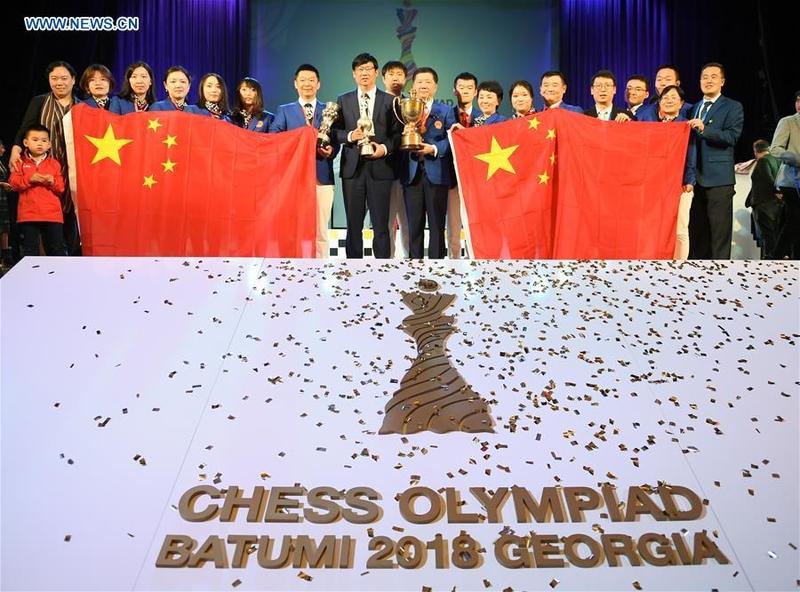 Team China poses during the awarding ceremony of the 43rd Chess Olympiad in Batumi, Georgia, on Oct 5, 2018. (TAMUNA KULUMBEGASHVILI / Xinhua)

BATUMI — Chinese women and men teams on Friday both won the championships of the 43rd World Chess Olympiad in Georgia's coastal city of Batumi.

According to the World Chess Federation (FIDE), the final round of game between the US men team and China's men team ended with 2-2. However, China finally becomes the champion with additional points.

The US and Russia teams won the second and third place, respectively.

For women's game, China and Russia finished also with 2-2 in the final round. China overtook Ukraine with the additional points it got to take the title, followed by Ukraine and Georgia in second and third places.

The next World Chess Olympiad will be hosted by Russian city Khanty-Mansiysk in 2020.