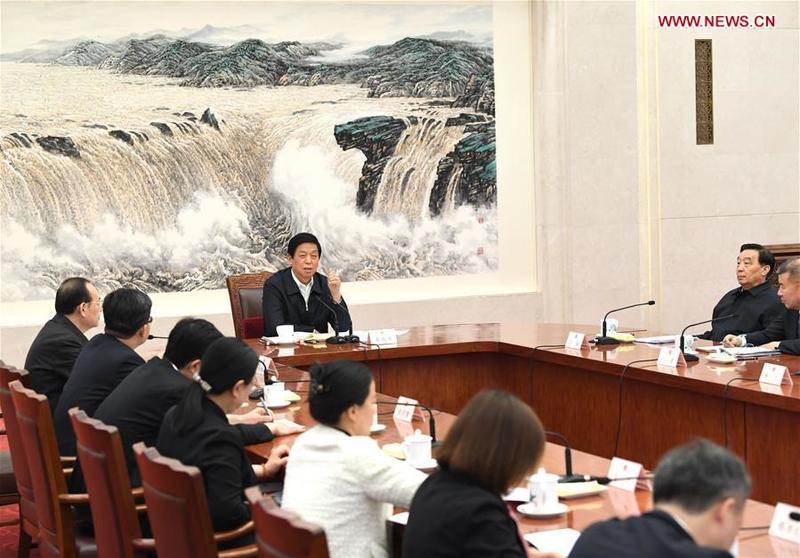 Minister of Ecology and Environment Li Ganjie briefed lawmakers on the environment report, which notes the steady improvement of China's environment in 2018 and outlines six tasks in 2019, which include pollution control, ecological restoration, nuclear and radiation safety, environmental inspection.

Ma Xiaowei, head of the National Health Commission, briefed lawmakers on the medical doctor report, which reveals that China had built a team of nearly 3.61 million medical doctors as of the end of 2018, sustaining the world's largest healthcare system. The report also acknowledged some imbalances and insufficiencies in the development of medical professionals for meeting the rising health needs of the public.

Zhou Qiang, president of the Supreme People's Court, briefed lawmakers on how the top court has worked to solve the difficulties in enforcing property-related court orders and the plans to eventually resolve this issue in the future.

China's top court has planned to improve a long-term mechanism to solve the difficulties in enforcing court orders.

This was revealed Sunday in a report made by Zhou Qiang, president of the Supreme People's Court, to the ongoing session of the Standing Committee of the National People's Congress.

Zhou said the top court had made progress in beefing up information technologies to address the enforcement difficulties.

According to the report, the top court has set up a series of goals for the next five years to deal with enforcement difficulties and to deepen the enforcement reform.

The report says efforts should be made to set up a central-level joint meeting mechanism for punishing credit defaulters, and that information should be shared in a wider range to more efficiently intercept and punish credit defaulters.