Big, fast bucks? Those were the days

As the Chinese mainland’s once buzzing P2P lending business crumbles like a pack of cards, moves are afoot for a massive industry overhaul that may allow some platforms to shape up and give themselves a new lease of life. Luo Weiteng reports. 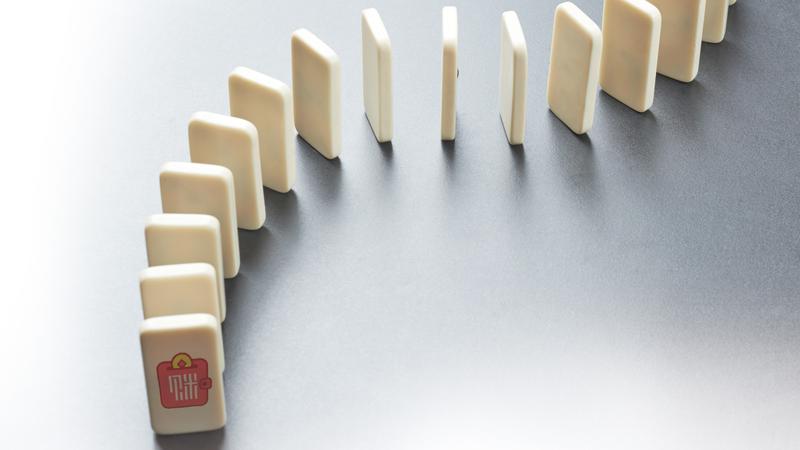 More than two months after Shanghai-based online micro lending platform Beimi Wallet bit the dust, retired engineer Cheng Yuan is still struggling to come to terms with the fallout, only to find it’s too hard and enervating for her to go on as if nothing had happened.

Like a headless chicken, the 53-year-old was the end of her tether, finding herself thrust into a cluster of WeChat groups created by desperate victims of her kind, huddling together for warmth and consolation, and keeping herself posted on how the ordeal should take its course.

Cheng soon got tired of being bombarded by a wall of chaotic information that mixes truth and falsehood without a pause. Discussions within the WeChat groups are inundated with complaints, resentment, swearing and wrangling, so much so that the only thought she could have is to withdraw from the stinging brouhaha.

Though the P2P lending business is merely a relatively tiny piece of China’s US$42-trillion financial sector, its significance of existence should not be completely denied

Xue Hongyan, senior analyst at the Suning Institute of Finance

Ironically, in the belief they shouldn’t put all the eggs in one basket, there’s no shortage of investors who diversify their investments into several platforms, only to end up falling victim to further miscarriages.

“As the decades-long runaway economic growth shows signs of strain, with policymakers switching their focus to the quality of growth from just quantity, such a promise of high returns has become a pie in the sky,” he said.

Over the past decade, P2P lending products have emerged as popular alternatives to savings and financial products offered by banks for Chinese retail investors, who have long been beset with the very limited investment options.

At the heart of such popularity is a culture of guaranteed returns and principals, where retail investors take it for granted that if they lose money on their investments, the banks, or P2P lending platforms, should recoup the losses, while banks themselves assume that loss-making State-owned enterprises will eventually be bailed out by the central or local governments, Sheng reckoned.

The results of such implicit guarantees are “excessive risk taking on the part of households, companies, local governments and financial institutions,” the International Monetary Fund said in its five-yearly Financial System Stability Assessment report in December last year.

As the Chinese mainland’s P2P lending business now crumbles like a house of cards, the whole existing legacy of implicit guarantees, described as the “biggest impediment to the development of China’s financial system” — one of the fastest-expanding systems on the planet — by Wu Xiaoling, vice-chairwoman of the Financial and Economic Affairs Committee of the National People’s Congress back in 2015, is hard to sustain and should be completely taken down, urged Sheng.

“The good old days, when online lending platforms took the whole set of risks, while retail investors were promised juicy yields, principal repayment and a chance to put their financial worries behind them, are virtually gone,” he said.

Apparently, this is no easy task for desperate investors, many of whom have undergone intense moral torture for months and cannot even bear the thought of losing a single penny. The only “sacrifice” they could accept is to give up the returns, Sheng said.

Although the industry itself has run rampant under the shadow of notorious Ponzi schemes for years, Sheng believed that scandals and frauds are nothing but outside the mainstream. 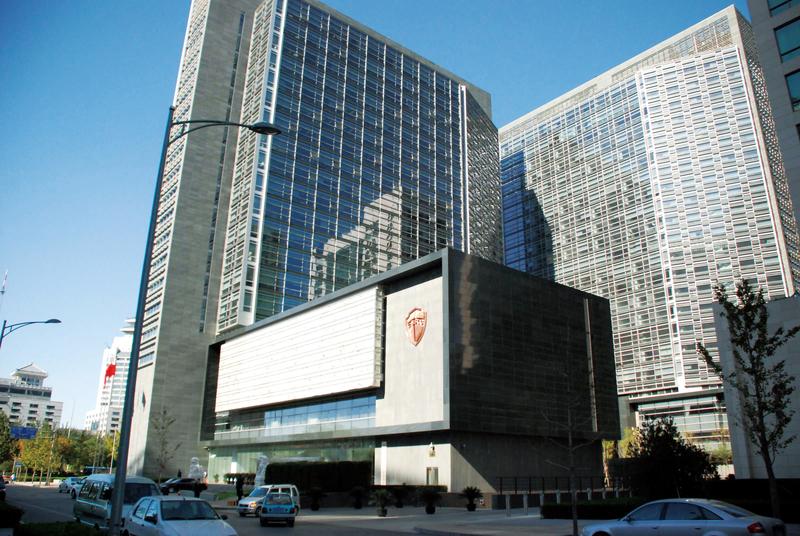 The ongoing crisis today is all about a mismatch between investment risks and investors’ risk tolerance. As borrowers default on their loans, with the implicit guarantees  hanging like the Sword of Damocles over the heads of P2P lending platforms, panicky small investors rush to withdraw their money. That’s the straw that broke the camel’s back, he said.

“That comes down to the industry-wide constraints of capability and stage of development,” Sheng reckoned. “The industry has timed its take-off with the big strides the country has made in the internet revolution. But all the glory and hype have turned out to be empty. As investors scramble to get their money out, many platforms virtually cannot do anything but to await their doom.”

Unlike the United States and the United Kingdom, where P2P lending platforms play a part in direct financing, the industry comes as a variant of the US$15-trillion shadowing banking system to fund under-banked individuals and small-and-medium sized enterprises in China, where the debt market, albeit the third-largest the world over, has long been underdeveloped, said Sheng.

“The industry has developed itself as a supplement to the country’s bond market, somewhat filling the void created by the lack of an open market for subordinated bonds.”

In countries like US and UK, investment banks, with their internal credit risk rating system, play a role in matching the risks and appetite between borrowers and lenders. Investors, more than 70 percent of whom are in hedge funds and known for their appetite for higher risks and a good understanding of the products they invest in, are mentally prepared for the corresponding high risks and possibility of defaults.

However, this is not the case in China, where the industry is dominated by the mass retailer investors who see P2P products as no different from savings or financial products offered by banks.

“Basically, the business sets the bar quite low for newcomers, giving rise to high moral hazards and making people believe that failed platforms are not innocent at all,” said Xue Hongyan, senior analyst at the Suning Institute of Finance.

“But, if regulations are well in place and custodian banks carry out their duty, such moral hazards could be managed and reduced.”

“Though the P2P lending business is merely a relatively tiny piece of China’s US$42-trillion financial sector, its significance of existence should not be completely denied,” said Xue.

Sheng believed the so-called inclusive finance, of which many platforms tend to hype themselves up as flag bearers, is not necessarily achieved by the P2P lending business.

However, this does not mean the industry should be allowed to be abandoned to its fate, running its course in a legal gray area and as a marginal player outside the mainstream financial system.

Instead, he believed regulators would seek to confirm its status as part and parcel of the open market for subordinated bonds, incorporating the industry into the nation’s tantalizing financial sector.

More investment activities, he pointed out, will be carried out in the secondary market, a trend that would remarkably lower risks and returns.

In the same vein, more detailed restrictions will be introduced for both borrowers and lenders. Those failing to meet the minimum threshold of assets and accepting the rule of the game of “undertaking risk on their own” would not be considered as qualified investors, said Sheng, adding that the admission tickets may soon be exclusively offered to high-net-worth individuals.

The duration of loans will also be extended. This may, by and large, put an end to the practice of refinancing maturing issues with new ones, a practice that could go nowhere when P2P lending products are forced to delay payments as the market starts to freeze up. 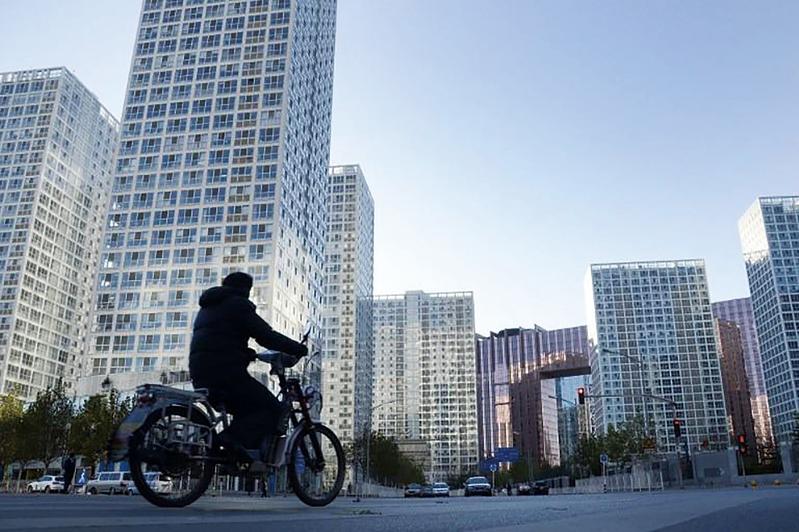 Such a trend is well underway. In cities like Beijing and Shanghai, whose sheer number of P2P platforms makes it the most burning issue of the day for local financial regulators, the average duration of loans in July was lengthened to 17 and 20 months, respectively, according to data tracker p2peye.com.

Although some believe the P2P lending industry is the by-product of a regulation vacuum in the world’s second-largest economy, regulators are watching, albeit at a slow pace.

The interim measures, setting the platforms’ business scope to be nothing more than information intermediaries, require them to register with local financial authorities.

Following a government-led clampdown on internet finance in April 2016, a specific timeline was set for implementation. Provincial government agencies were told to complete a general investigation into local P2P lending platforms by July 2016, and formulate regulatory policies based on regional conditions.

Overall rectification and registration should have been completed by June this year at the latest. The deadline, which made some platform owners count down to the days for liquidating their businesses or absconding with funds, has now been put off to June next year to give struggling platforms more time to make amends and offer some respite to the industry-wide woes.

Though regulatory rules have been put down in black and white for a couple of years, there was a big delay in putting them into action.

“There should have been some moves back in 2014. But, we didn’t take any action until problems ultimately snowballed into an industry-wide crisis,” said a Shanghai-based economic crime investigator who preferred to remain anonymous.

With the nation’s P2P lending crisis showing no signs of easing, Sheng believed one sobering lesson that could be learned is that the practice of formulating and carrying out regulatory measures locally leads the industry that is showing up cracks to nowhere, and should step down from the stage of history.

However well-intentioned the practice may be, it ignores the fact that the local authorities could be tempted to be engaged in a race to attract more capital, competing with their domestic counterparts to have the loosest regulations and, therefore, holding off regulatory policies.

“Basically, the industry has no option, but to get back to the centrally-regulated trajectory. In the near future, some 50 or even less platforms will manage to survive and thrive,” he reckoned.