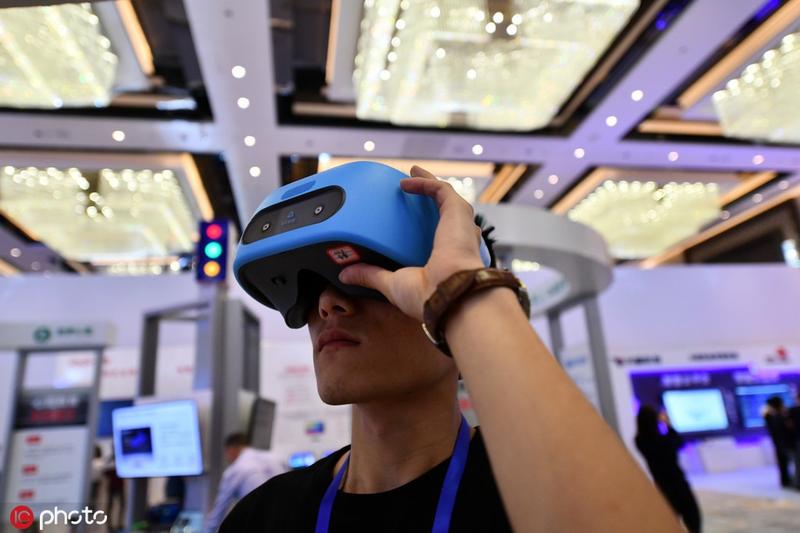 Digitization, technology innovation and sustainable development will become key areas of business exploration for Chinese companies in member states of the Association of Southeast Asian Nations, said an executive of HSBC.

"China is taking the lead in the area of internet economy where there is huge room for cooperation," said David Liao, president and CEO of HSBC China, at a recent forum held by the multinational banking and financial services institution in Beijing on the China-ASEAN economic corridor.

Southeast Asia's internet economy is expected to exceed US$240 billion by 2025, nearly triple the size in 2018, according to a study released by Google and the Singapore-headquartered investment company Temasek in November.

Last year, Alibaba Group Holding Ltd invested another US$2 billion in Southeast Asian online retailer Lazada Group, after the Chinese e-commerce giant increased its stake in Lazada from 51 percent to 83 percent in 2017.

"In addition, consumer spending in ASEAN is expected to grow by 7 percent annually to US$1.9 trillion by 2020. This will also bring opportunities to Chinese companies," Liao said.

Because of the strong growth in its young population, ASEAN is going to become the world's fourth largest economic bloc within the decade, rising from No 5. There is great potential for consumption based on growing wealth of the middle class and also huge potential for infrastructure, according to Tony Cripps, group general manager and chief executive officer of HSBC Singapore.

"Technology, the consumer market, and properties and infrastructure are the three main areas of investment for Chinese companies in the region," he said.

A report issued by the Asian Development Bank in 2017 said that developing Asia, which refers to the bank's 45 developing member countries, will need to invest a total of US$26.2 trillion in infrastructure from 2016 to 2030, if the region is to maintain its growth momentum, eradicate poverty, and respond to climate change.

In terms of ASEAN, two thirds of all the infrastructure financing that happens today passes through Singapore into ASEAN, said Cripps.

"Owing to Singapore's openness as a financial hub, there are already 5,500 Chinese corporate subsidiaries based in Singapore. That number is growing every year. The direct investment from China into ASEAN is also growing every year," he said.

In 2018, China's nonfinancial outbound direct investment in ASEAN rose 5.1 percent year-on-year to US$9.95 billion, according to the Ministry of Commerce.

"As no two countries in the ASEAN are the same, Chinese corporates have really looked for what are the benefits in each country as they diversify the manufacturing," said Sandeep Uppal, global co-head of international subsidiary banking at HSBC.

About 170 Chinese corporates attended the bank's forum in Beijing to find out how its franchise in ASEAN can help them go further.

Having been based in Singapore and five of the other ASEAN economies for over 100 years, HSBC is a universal bank in ASEAN across retail banking, commercial banking, institutional banking and private banking. It is also one of the world's largest arrangers for infrastructure projects dealing with government entities and private sector investors.

Apart from the facilitation of trade, the bank is focused on payments and connecting treasury services if a Chinese corporate wants to establish offices in multiple ASEAN countries. It can also advise Chinese companies on regulation and economic opportunities based on its experience in major ASEAN economies and a broad network of 200 branches in the region.

Just like HSBC, other foreign banks are also actively seeking opportunities to facilitate Chinese enterprises' internationalization efforts. United Overseas Bank Ltd, Singapore Exchange Ltd and the China Chamber of International Commerce signed a memorandum of understanding in April to help Chinese enterprises use Singapore as a launchpad to expand into ASEAN.

In 2018, UOB helped 50 percent more Chinese companies expand into ASEAN compared with 2017. This support resulted in a 31 percent increase in cross-border business flows over the same period.