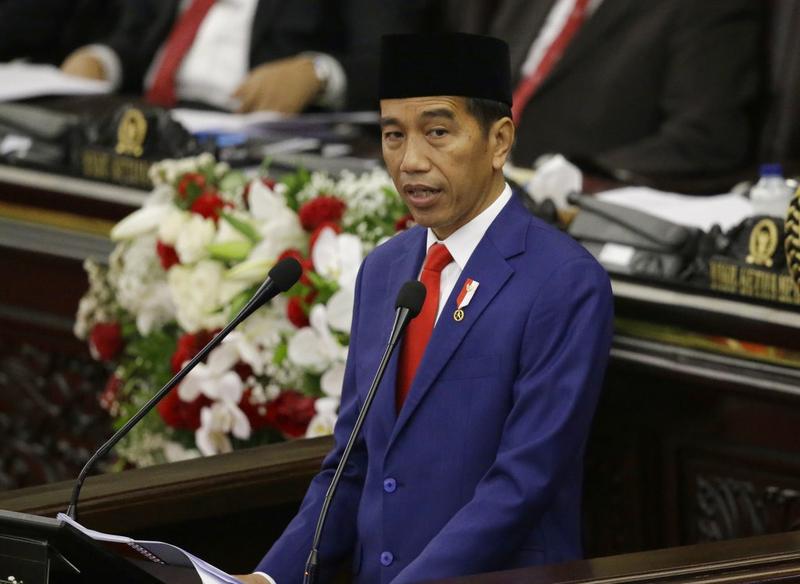 JAKARTA — Indonesia's president urged his country to embrace its founding spirit of tolerance in an annual national address just days after choosing a divisive cleric as his running mate in elections next year.

Joko "Jokowi" Widodo told parliament on Thursday that independence fighters were able to throw off Dutch colonial rule by not being divided by political, ethnic, religious or class differences.

Indonesia's image as a moderate Muslim nation has been undermined by flaring intolerance in the past several years, from the imprisonment of Jakarta's Christian governor for blasphemy to the canings of gay men in Aceh, a province that practices Shariah law.

Originally elected on a moderate platform, Jokowi last week chose a conservative cleric, Ma'ruf Amin, who rails against secularism, liberalism, homosexuality and minority religions as his running mate in the presidential election set for April.

"I am sure if the Indonesian people want to remain united, tolerant and care for their fellow children of the nation, then Indonesia is no longer just a name or picture of a chain of islands on a world map, but rather a force respected by other nations in the world," Jokowi said.

UN Human Rights chief Zeid Ra'ad Al-Hussein warned earlier this year that "strains of intolerance" once thought foreign to Indonesia are making inroads in the world's most populous Muslim nation.

In particular, he criticized a push to criminalize LGBT Indonesians, who've suffered an onslaught of inflammatory rhetoric from officials for the past two years and attacks by vigilantes.