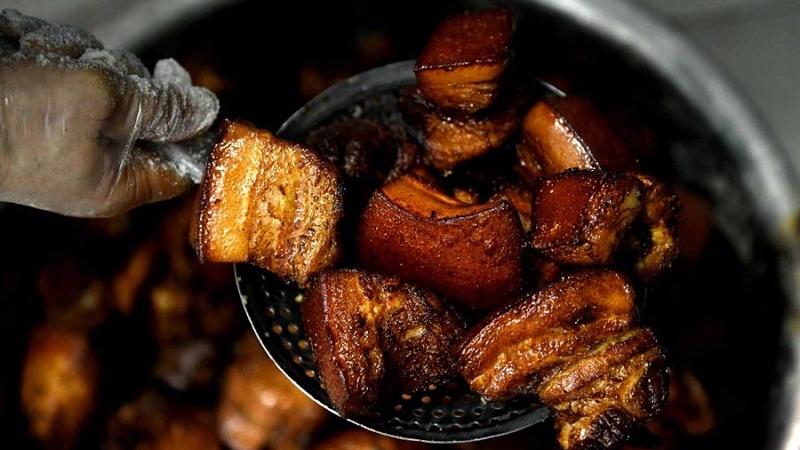 The price of pork, a staple in China, may jump significantly in the latter half of this year, the Ministry of Agriculture and Rural Affairs said on Wednesday, urging pig farmers to increase their stock.

Pork prices have been declining since the first African swine fever outbreak in August, but have started to rebound since February, Tang Ke, chief of markets and information at the ministry, said at a news conference.

In March, the average wholesale pork price in China was about 19 yuan (US$2.80) per kilogram, a rise of 6.3 percent from the previous month, and a rise of 7.6 percent from March last year, he said.

In the latter half of the year, Tang said, prices could be more than 70 percent higher than in the previous year.

Because of African swine fever outbreaks in recent months that have hit almost all regions in China, the number of pigs declined by more than 18 percent in March, year-on-year, while the number of female pigs for reproductive use declined by 21 percent, the biggest decline of the past decade, Tang said.

The reduced production capacity means prices can be expected to continue rising in the second quarter, he said.

"A further decline in pig stocks in the latter half of the year, coupled with the arrival of peak season for pork consumption, the price of pork is likely to see a rapid rise," Tang said. "We suggest pig farmers increase production and pay attention to disease control and prevention to earn higher profits. The measures will also help stabilize pork prices and meet market demand."

China reported 122 African swine fever outbreaks in 30 provinces, autonomous regions and municipalities as of April 8. Since the country's first outbreak of the disease in Shenyang, Liaoning province, in August, more than 1 million pigs have been slaughtered to control its spread, according to the Ministry of Agriculture and Rural Affairs.

Quarantine measures have been lifted in areas involved in 108 of the outbreaks, and the production and supply of pork remain stable in general, Han Changfu, minister of agriculture and rural affairs, said last week.

African swine fever is fatal to pigs but does not harm humans. China is the world's largest producer and consumer of pork, producing about half of the world's total.

Zhu Zengyong, a researcher at the Chinese Academy of Agricultural Sciences, said that because fewer pigs are being raised the production of pork this year may drop by as much as 10 percent.