12 Russians indicted in US for meddling in 2016 elections 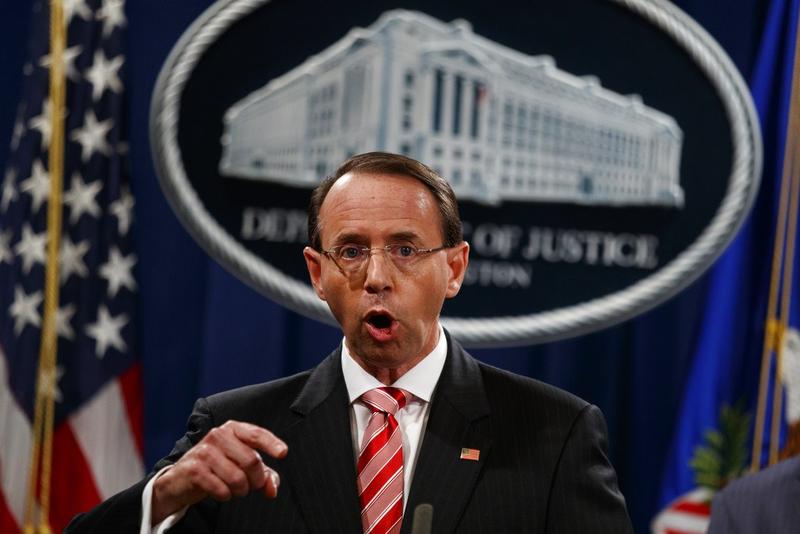 US Deputy Attorney General Rod Rosenstein speaks during a news conference at the Department of Justice, July 13, 2018, in Washington. (EVAN VUCCI / AP)

"The indictment charges 12 Russian military officers by name for conspiring to interfere with the 2016 presidential election," Deputy Attorney General Rod Rosenstein, who oversaw the investigation into alleged Russian meddling in US elections, told a press conference.

The 12 are reportedly all Russian intelligence officers, among whom 11 were charged with conspiring to hack into networks used by the Democratic National Committee and the Democratic Congressional Campaign Committee.

ALSO READ: Putin, Trump to have summit in Helsinki

The other has allegedly hacked into systems used to administer elections, such as a website of a state election board and sending phishing emails to state election officials.

All 12 Russians who were charged Friday are in Russia, indicating that it would be unlikely for US law enforcement to apprehend them.

Rosenstein said the case will be transferred from Mueller's team to the Justice Department's national security division, so the case could be followed up on even if Mueller's team is terminated in the future.

The indictments marked the second group of Russian Mueller's team has indicted. In February 2018 Mueller's office brought charges against 13 Russian nationals and three Russian entities for interfering with US elections in 2016.

One Russian political consultant was charged in June along with former Trump campaign manager Paul Manafort.

While evidence for Russian meddling in US politics mounted, the debate remains in the United State whether the Trump campaign knowingly colluded with Russians.

"Today's charges include no allegations of knowing involvement by anyone on the campaign and no allegations that the alleged hacking affected the election result. This is consistent with what we have been saying all along," White House spokeswoman Lindsay Walters said after Rosenstein's press conference.

Rosenstein said the Department of Justice had briefed President Donald Trump on the newly discovered evidence and charges before Trump's upcoming meeting with Putin.

Trump has pledged to bring up the matter during his meeting, while Putin has on numerous accounts denied any wrongdoing in regard to US politics.