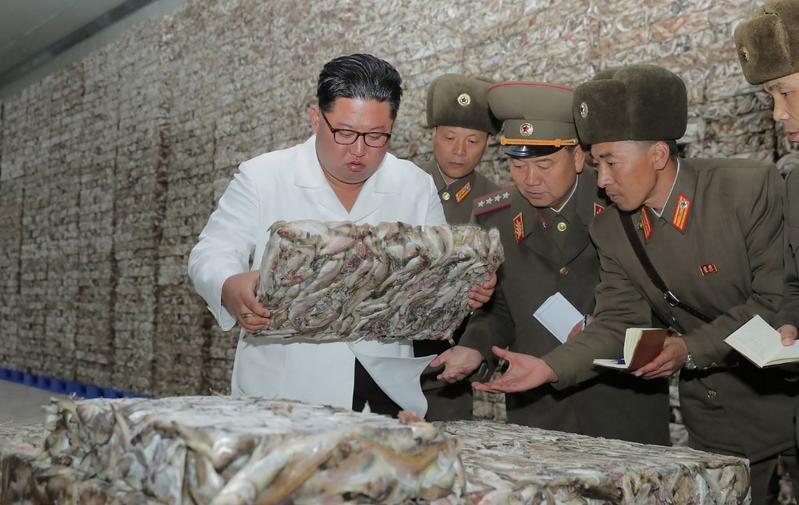 SEOUL — The Democratic People’s Republic of Korea (DPRK) state media published detailed reports on Tuesday of a visit by leader Kim Jong-un to two fisheries, underscoring his drive to build economic independence as negotiations with the United States to lift punishing sanctions soured.

Kim has been increasingly driving “self-reliant” development as the centerpiece of a five-year economic strategy begun in 2016.

The US always calls for negotiation for denuclearization, but there is no room to say about the negotiation before the complete and irrevocable withdrawal of its hostile policy toward the DPRK, the root cause of the nuclear issue of the Korean peninsula

His visit to the fish processing plants was splashed across a two-page spread in state newspaper Rodong Sinmun, less than a day after senior officials blamed US President Donald Trump for the failure to continue meaningful dialogue between the two countries over DPRK’s denuclearisation.

A senior official of the DPRK put forward new conditions for talks with the United States Monday night, saying Washington should give up its hostile policy before coming to the negotiation table with Pyongyang.

"The US always calls for negotiation for denuclearization, but there is no room to say about the negotiation before the complete and irrevocable withdrawal of its hostile policy toward the DPRK, the root cause of the nuclear issue of the Korean peninsula," the official Korean Central News Agency early Tuesday morning quoted Kim Yong-chol, chairman of the Korea Asia-Pacific Peace Committee, as saying.

It will be possible to consult denuclearization only when confidence-building between the DPRK and the United States goes first and all the threats to the security and development of the DPRK are removed, he stressed.

The Rodong Sinmun’s online report included 25 photos of Kim touring fish pens, looking at blocks of frozen fish, talking to workers, and smiling amid what appeared to be large refrigerators.

According to Rodong Sinmun and the official KCNA news agency, Kim criticized army officials for letting the construction of a fish processing line lapse, praised the manager of one of the plants for loyal ambition, and invited some of the people there to Pyongyang.

“We’re now fighting for a breakthrough in improving the lives of the people,” Kim said according to KCNA.

DPRK has been demanding a lifting of sanctions hobbling its economy. Kim has set a year-end deadline for Washington to show more flexibility in denuclearisation talks, which have stalled despite three meetings between the two leaders since June last year.