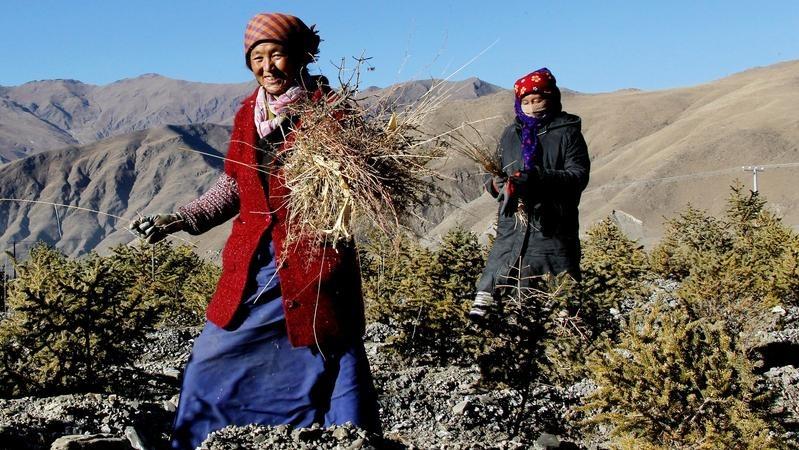 China plans to lift 10 million people in rural areas out of poverty this year, a senior official said on Thursday.

That would leave about 6 million still awaiting to emerge from hardship in order to achieve the goal of eradicating poverty nationwide by the end of 2020.

More than 300 counties are expected to be taken off the list of impoverished areas this year, and the remainder will be delisted in 2020 if everything progresses well, Liu Yongfu, director of the State Council Leading Group Office of Poverty Alleviation and Development, said at a news conference on the sidelines of the ongoing two sessions.

China has made great achievements in poverty alleviation over the past six years since the 18th National Congress of the Communist Party of China in November 2012. The number of people living in poverty has decreased from 99 million in 2012 to 16.6 million last year, Liu said.

Among the 832 impoverished counties nationwide, 28 were removed from the poverty list in 2016 and 125 in 2017. Another 280 counties have become richer last year and are expected to soon be delisted after final assessments, Liu said. The rest, fewer than 400, are targets for this year and next year.

ALSO READ: China aims to lift more out of poverty

Poverty alleviation has helped develop local industries, improve infrastructure, enhance public services and protect the environment, benefiting not only those formerly living in want, but all residents in rural regions, he added.

However, with only 20 months left to meet the end-2020 poverty eradication goal, Liu said special attention will be paid to the quality of poverty alleviation.

"We have very strict standards and processes for measuring exactly how and when people emerge from poverty. Also, for a county or village, the standard is that people living in extreme poverty should account for no more than 2 percent of the population in Central China and 3 percent in Western China," he said.

Part of the goal is that minimum annual incomes must reach 4,000 yuan (US$600) by 2020. And by that time, people shouldn't have to worry about being able to afford food or basic clothing, and their needs in terms of medical services, education and housing should be met, he said.

In response to a question about whether a slowing economy and trade disputes will affect the country's poverty alleviation progress, Liu said the external environment may bring some uncertainty, but China will take measures to reduce the impact as much as possible and will achieve the goal of eradicating poverty by the end of 2020.

READ MORE: China targets poverty relief to those most in need

He said possible downsides may include some enterprises employing fewer people, making it harder for some impoverished people to find jobs. But these problems could be offset by other measures, such as developing industries in impoverished villages, thus helping them find jobs without having to migrate to big cities.

"You should believe that China has the capability and the measures (to meet the 2020 goal)," he said.