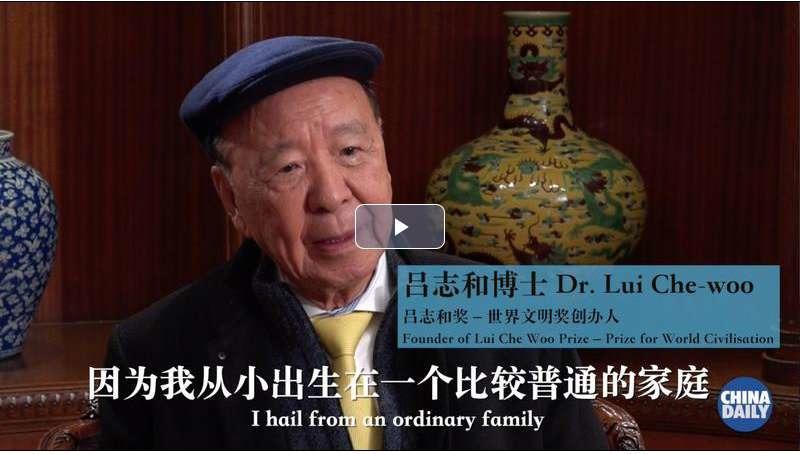 Forbes' Hong Kong Rich List number 3 Lui Che-woo was deprived of formal education because of war. Lui, 88, witnessed his Chinese compatriots being bullied by the Japanese in his early teens. Since then he pledged to strive for the rejuvenation of China.

Lui has been actively involved in charity events, especially in empowering young people and supporting education after he made achievements in his business after Hong Kong's return to the motherland in 1997. In 2015, he set up LUI Che Woo Prize to "give back to the society from which one has benefited".