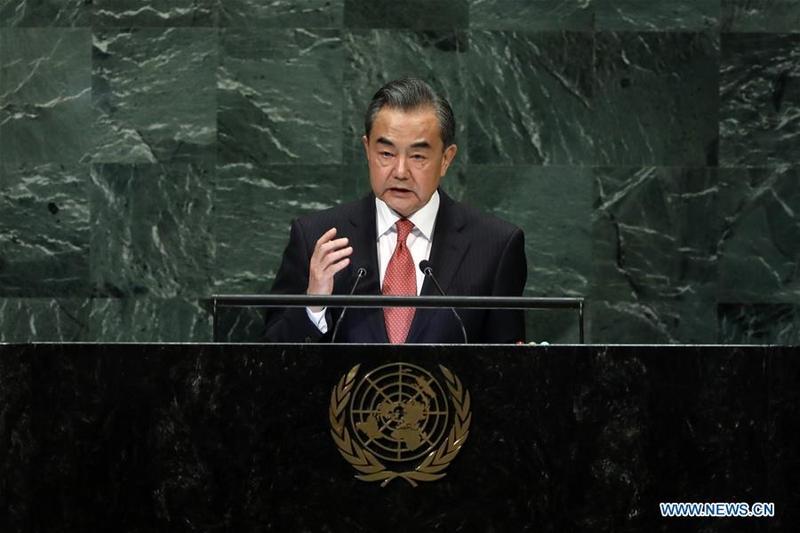 What we see today is that international rules and multilateral mechanisms are under attack, and the international landscape is filled with uncertainties and destabilizing factors.

Wang dedicated a key part of his speech at the debate to multilateralism.

"What we see today is that international rules and multilateral mechanisms are under attack, and the international landscape is filled with uncertainties and destabilizing factors," he said.

"China's answer is clear-cut. All along, China has upheld the international order and pursued multilateralism," he added.

Attacks on multilateralism were manifested most on Tuesday in US President Donald Trump's speech at the same debate.

Denouncing globalism before world leaders, he proclaimed the American people "reject the ideology of globalism" in defense of his "America First" agenda.

Upholding multilateralism was one of the messages UN Secretary-General Antonio Guterres himself sent to world leaders in his remarks to the General Debate.

"Multilateralism is under fire precisely when we need it most," he said, adding that as the world's problems grow, it represents the best path to meet the challenges that lie ahead. 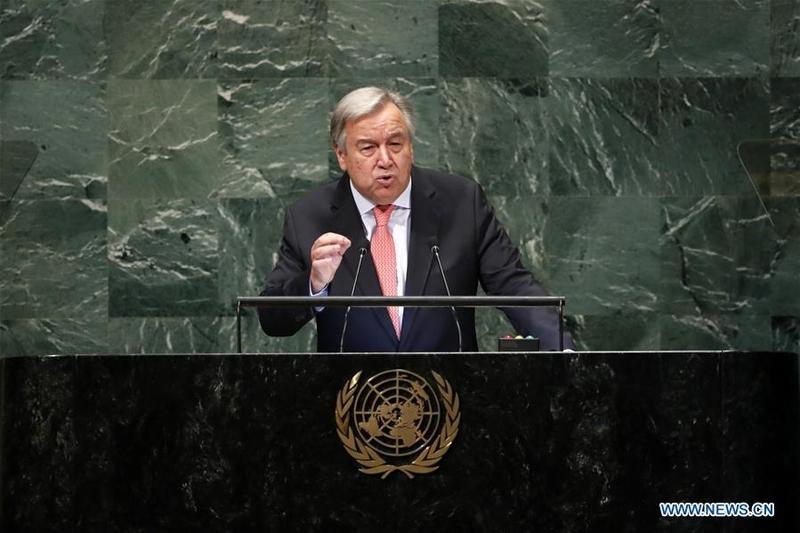 UN Secretary-General Antonio Guterres addresses the opening of the General Debate of the 73rd session of the United Nations General Assembly at the UN Headquarters in New York, Sept 25, 2018. (LI MUZI / XINHUA)

German Foreign Minister Heiko Maas outlined on Friday a list of crises in the world, singling out "the crisis of multilateralism" as being at the root.

"Multilateralism and sovereignty are not a contradiction in terms," Maas said, in clear rebuttal of Trump's remarks that assert American sovereignty and reject "global governance, control and domination."

French President Emmanuel Macron called for "dialogue and multilateralism" to resolve the world's crises in his speech.

"What will bring a real solution to the situation in Iran and what has already stabilized it? The law of the strongest? Pressure from only one side? No!" said Macron.

Finnish President Sauli Niinisto also championed multilateralism, warning "we can no longer take the rules-based order for granted. It is our common responsibility to actively defend and develop it."

Calling the UN "the core" of the multilateral system, the Finnish president said "the defense of multilateralism must begin here."

Russia, South Africa, Brazil…the list of the defenders goes on. Protecting multilateralism amid the attacks on it was voiced by most leaders who spoke at the marble podium. 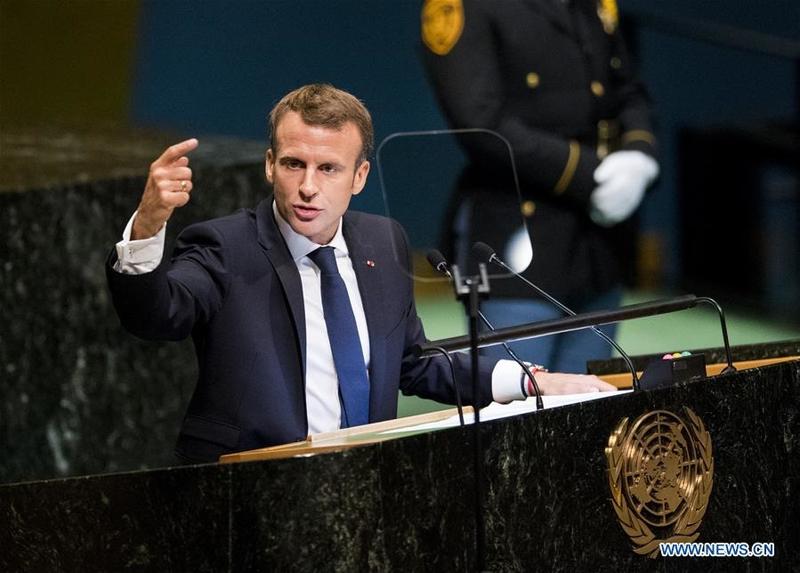 In his speech Friday, Wang recalled that the contemporary international order, which began with the founding of the UN, is based on the purposes and principles of the UN Charter and enhanced by the vision and practice of multilateralism.

The order has, over the past 70 years or more, brought about general peace and rapid development, he said.

To uphold multilateralism in the new era, Wang suggested that efforts be made to adhere to the principles of pursuing win-win cooperation, acting upon rules and order, upholding fairness and justice, and delivering real results.

In his meeting with Wang on Thursday, Guterres expressed appreciation for China's support for the United Nations and in safeguarding multilateralism.

Three years ago, Chinese President Xi Jinping delivered his speech from the same podium while the UN was marking the 70th anniversary of its founding. On international relations, Xi proposed building a new type of international relations featuring win-win cooperation and creating a community with a shared future for mankind.

China has been "walking the talk," as was shown by the stances Wang demonstrated and the concerns he addressed in his speech as well as bilateral and multi-lateral meetings.

Taking the Belt and Road Initiative for example, Wang said at the General Debate that the initiative, proposed by Xi in 2013, is "a public good" China offers to the world.

In an interview with Xinhua in May, Jeffrey Sachs, a Columbia University economist, dubbed the initiative "the world's largest infrastructure vision."

Indeed, by September this year, over 130 countries and international organizations have signed agreements on Belt and Road cooperation with China, making it the largest platform for international cooperation, according to Wang.

China's path of development has provided the world with opportunities for shared development, he said.

For the past four decades, he noted, China's foreign trade has registered an average annual growth of 14.5 percent, providing a lasting impetus to the world economy and a huge Chinese market.

"China's development creates more trade opportunities for the world and provides a better investment environment for other countries," he said.

He said such a choice is decided by China's national status, institutional attributes and orientation of values, which will be unwavering despite China's development or changes in international situations.

In this regard, at Thursday's photo exhibition, both Espinosa and Mohammed highlighted China's contribution to South-South cooperation as well as its key role in improving global governance.