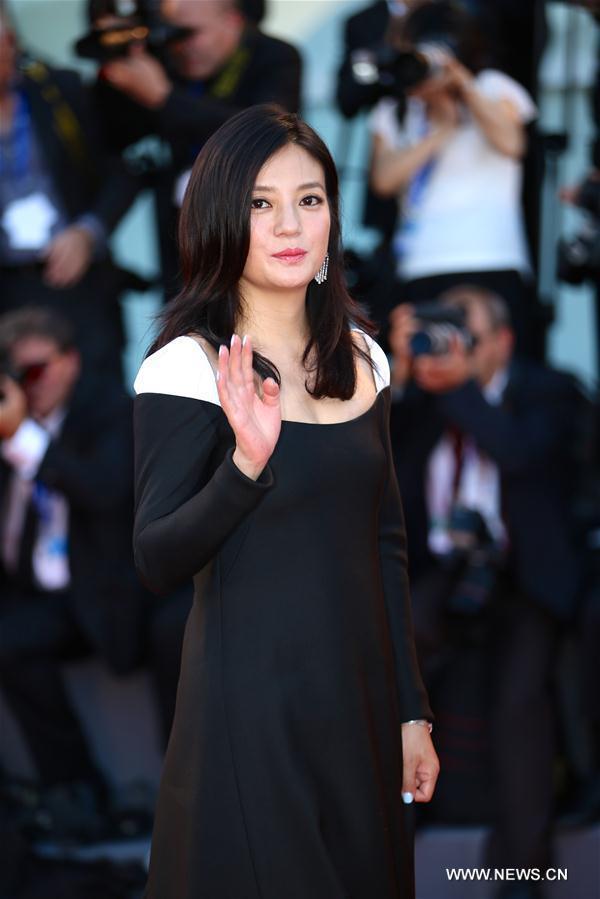 In this Aug 31, 2016, file photo, Chinese actress and member of the jury Zhao Wei arrives at the red carpet to attend the opening ceremony of the 73rd Venice Film Festival in Venice, Italy.  (JIN YU / XINHUA)

BEIJING - Billionaire Chinese actress Zhao Wei and her husband have been barred from trading in the Chinese mainland stock market for five years and fined by the securities regulator, which cited their disclosure irregularities relating to a takeover bid of a firm.

Zhao and her husband Huang Youlong, through a company they controlled - Tibet Longwei Culture Media Co - made a failed attempt to buy 29.1 percent of Zhejiang Wanjia Co in late 2016. Zhejiang Wanjia was later taken over by another investor and renamed Zhejiang Sunriver Culture Co.

Zhao and Huang built up an estimated 7 billion yuan in wealth through their investments, including early stakes in Alibaba Pictures Group

The regulator stated that the bid made misleading statements and major omissions in disclosures, according to a filing by Zhejiang Sunriver to the Shanghai stock exchange.

The bidder's actions "severely impacted market order, hurt medium and small investors' confidence in the market, and undermined fairness, justice and openness of the market," the regulator said, according to the filing.

Zhao, Huang and Tibet Longwei could not be contacted for comment by phone. CSRC also could not be reached immediately for comment. Zhejiang Sunriver said in an emailed statement to Reuters it will "disclose information in a timely manner in accordance with law for any follow-up".

Zhao and Huang built up an estimated 7 billion yuan in wealth through their investments, including early stakes in Alibaba Pictures Group, and were ranked 567 in the 2017 list of China's richest compiled by the Hurun Report.

Zhao, 41, came into national prominence for starring in the costume TV drama "My Fair Princess", produced jointly between Taiwan and Chinese mainland in 1998. She was also part of the popular "Shaolin Soccer" and "Red Cliff" movies.