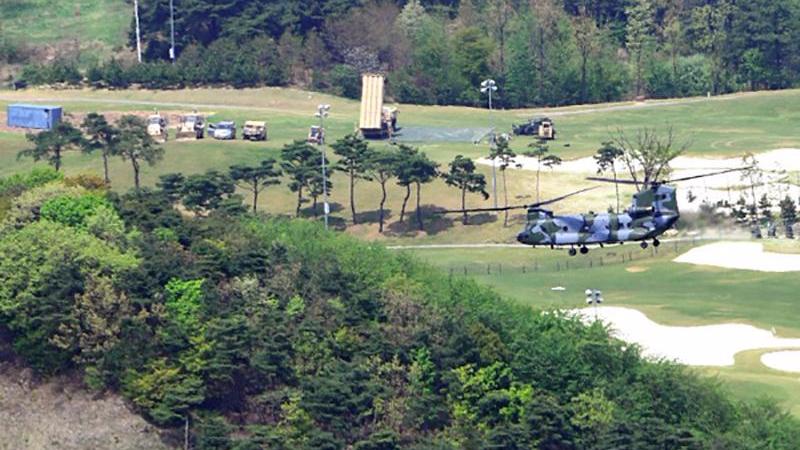 This April 26, 2017 picture shows US THAAD missile defense equipment (center) at a former golf course in the southern county of Seongju of the Republic of Korea (ROK). (STR / Daegu Ilbo / AFP)

SEOUL – The Terminal High Altitude Area Defense (THAAD) anti-missile system, which was deployed last week in the Republic of Korea (ROK), is now "operational", according to the US Forces Korea (USFK) and ROK officials.

The THAAD system set up at a converted golf course in Seongju has the ability to "intercept missiles" from the Democratic People's Republic of Korea (DPRK) and "defend South Korea," USFK spokesperson Rob Manning said Tuesday.

He didn't say when Washington and Seoul expected THAAD to be operating fully.

On April 26, about 20 US trucks and trailers carried part of THAAD elements, including radar, to a golf course at Soseong-ri village in Seongju county, South Gyeongsang province.

The installed THAAD elements include two mobile launchers and an AN/TPY-2 radar. A THAAD battery is composed of six mobile launchers, 48 interceptors, the radar and the fire and control unit.

THAAD deployment in the ROK has been strongly opposed by countries of the region including China and Russia as it harms strategic balance in the region.

The deployment saw protests by the general public, the locals and politicians.

Local residents and peace activists, who had been on the guard right beside the entrance road, scuffled with ROK policemen on Sunday when they tied to block two US oil tankers attempting to enter the golf course. 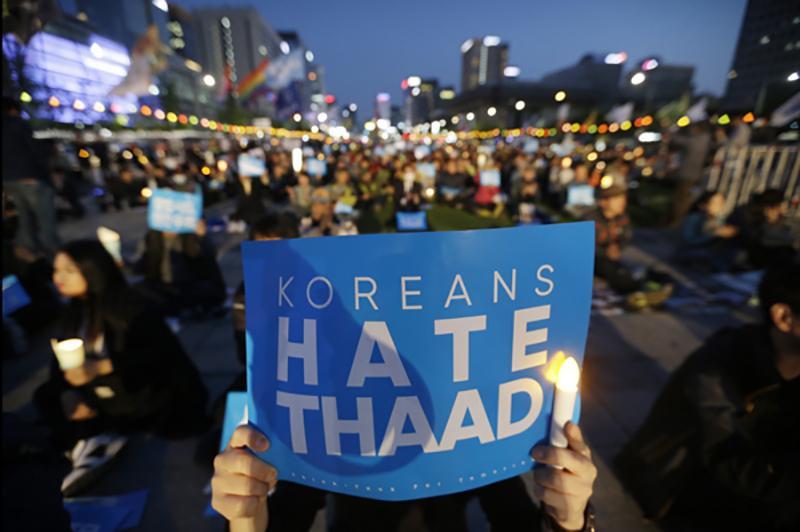 South Korean protesters stage a rally to oppose a plan to deploy the advanced US missile defense system called Terminal High-Altitude Area Defense, or THAAD, near US Embassy in Seoul, the Republic of Korea (ROK), April 29, 2017. (Ahn Young-joon / AP)

During the incident, two residents from Seongju and Gimcheon were detained and two others injured. Gimcheon is a city bordering Seongju county, which is directly facing the super microwave-emitting radar.

On Monday, they blocked about 30 ROK police buses attempting to pass the entrance road as they saw the higher-than-usual number of the buses as a sign of preparation for transportation of additional THAAD elements.

The residents and peace activists continue to stage demonstration at the Soseong-ri village every day.

Three Won Buddhist monks started a hunger strike at the Gwanghwamun square in central Seoul a day after the deployment of part of the THAAD elements.

The Won Buddhist holy ground is located near the THAAD site. Many religious figures, including priests, pastors and Buddhist monks, joined the protest rally.