HK women can have a national vision: Ho 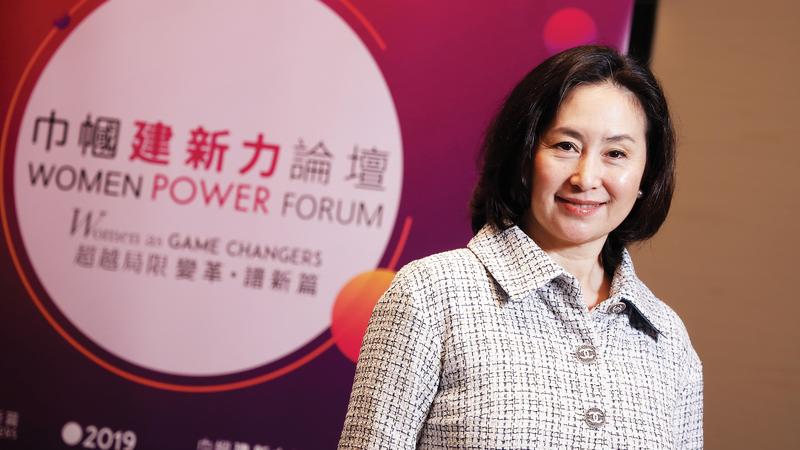 As one of the most prominent female enterpreneurs in China and even in Asia, Ho is committed to “Rasing women’s voice, unleashing women’s potential”. (ROY LIU / CHINA DAILY)

Hong Kong women — a strong force in society — should set their ambitions beyond the city and look toward the development of the entire nation, Pansy Ho Chiu-king said on Monday.

Ho, executive chairman and managing director of Macao-based property developer Shun Tak Holdings, made her remarks in an exclusive interview with China Daily after addressing the Women Power Forum.

Also chairwoman of the Federation for Women in Hong Kong, Ho said women have innate unique advantages, including the ability to multitask, strong empathy, and more knowledge of how to look after others.

Hong Kong women can maximize their lesser-known qualities to build up their own careers in a broader area, Ho said.

I just want to utilize my own skills, capabilities and power to help the people jointly with my peers to make a difference.

In the nation’s overall development, Ho said Hong Kong — the gateway of China — has been playing a unique role as an international city. She believes Hong Kong women have the ability to further showcase the city’s strengths and leverage the city’s advantages.

In addition, the development of the Guangdong-Hong Kong-Macao Greater Bay Area will present great opportunities for Hong Kong people’s career paths, which of course includes those of Hong Kong women, said Ho.

The 11-city cluster provides a larger market and more various sectors, as well as more working opportunities, she explained.

Starting her own business after graduation, Ho herself set a successful example of how a young woman striving to be an independent individual realized her own value in society and brought benefits to the community.

While acknowledging that being born in a wealthy family meant she did not have to worry about her livelihood, Ho said the idea to start her own business was driven by the desire to be part of society and do something meaningful for society and the country.

In 1987, Ho established Occasions — a public relations and marketing company — in Hong Kong. The company over the past decades has hosted more than 3,000 massive corporate events and social gatherings in Hong Kong and mainland cities.

Looking back, Ho described her career path as “a journey of discovery”.

As a young female entrepreneur who set up and ran her own business alone, Ho said running the startup at the very beginning was not easy. “I had to make three or four times the effort to learn how a new person into the industry gained clients’ trust,” she said.

Gradually Ho realized how huge the market and the demand was, and she expanded the company’s service from charity fundraising events to other business events of various categories to meet some major brands’ demands.

For the billionaire businesswoman, life is a process of experiences and actions. “I just want to utilize my own skills, capabilities and power to help the people jointly with my peers to make a difference,” Ho told China Daily.