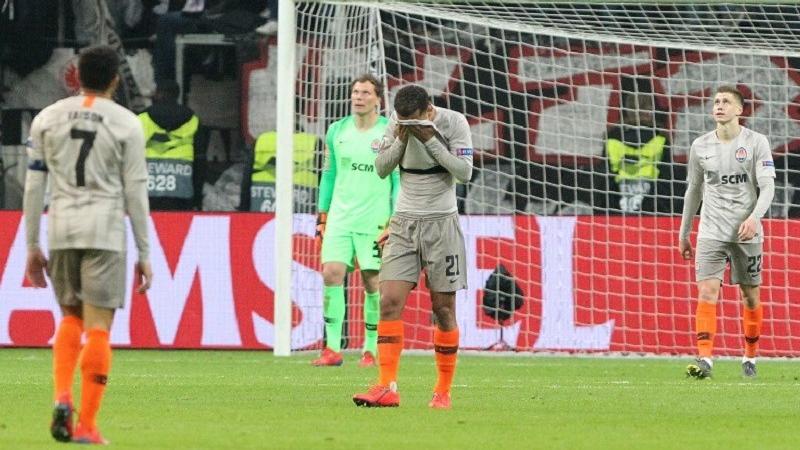 Shakhtar's players react after the 3-1 during the UEFA Europa League round of 32 second-leg football match between Eintracht Frankfurt and FC Shakhtar Donetsk in Frankfurt on Feb 21, 2019. (DANIEL ROLAND / AFP)

NYON, Switzerland - UEFA has ordered Shakhtar Donetsk and Lazio to close parts of their stadium next season because of racist fan behavior at Europa League games.

Shakhtar fans displayed a far-right banner at a home game against Eintracht Frankfurt in February.

Lazio fans were seen performing Nazi salutes at an away game against Sevilla in February. The Rome club has long had far-right elements among its fans.

UEFA says both clubs must shut stadium sections at their next home game in European competition.

Shakhtar, which has a seven-point lead in the Ukrainian league, is likely to play in the Champions League group stage next season.