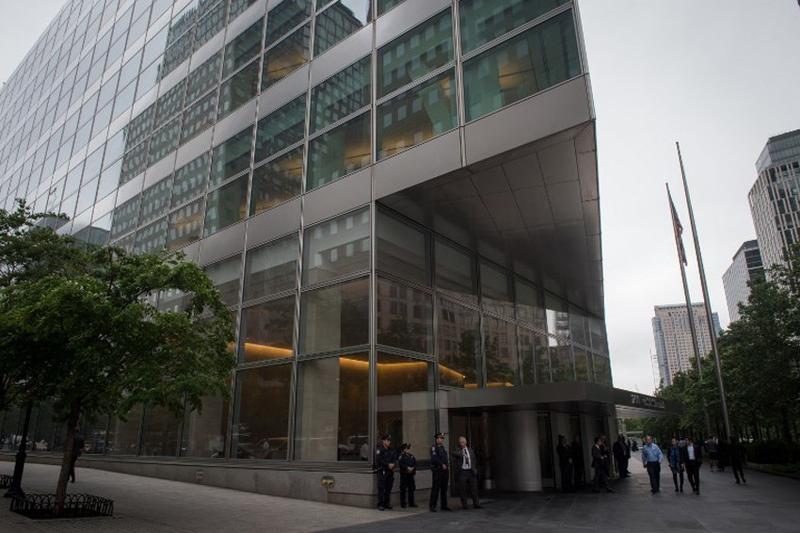 This May 30, 2017 photo shows the Goldman Sachs headquarters in New York. Malaysian authorities say they have filed criminal charges at home against Goldman Sachs and two former employees of the bank in connection with a probe at state fund 1MDB. (BRYAN R SMITH / AFP)

KUALA LUMPUR – Malaysia said on Monday it has filed criminal charges at home against Goldman Sachs and two of the US bank's former employees in connection with a corruption and money laundering probe at state fund 1MDB.

Goldman Sachs has been under scrutiny for its role in helping raise US$6.5 billion through three bond offerings for 1Malaysia Development Bhd (1MDB), which is the subject of investigations in at least six countries.

A Goldman Sachs spokesman termed the charges “misdirected”, saying that the bank continues to cooperate with all authorities in their investigations

"The charges arise from the commission and abetment of false or misleading statements by all the accused in order to dishonestly misappropriate US$2.7 billion from the proceeds of three bonds issued by the subsidiaries of 1MDB, which were arranged and underwritten by Goldman Sachs," Thomas said in a statement.

In an emailed statement, a Goldman Sachs spokesman said "these charges are misdirected" and that the bank continues to cooperate with all authorities in their investigations.

The bank has consistently denied wrongdoing.

Thomas said prosecutors will seek fines against the accused "well in excess" of the allegedly misappropriated US$2.7 billion bond proceeds plus US$600 million in fees received by Goldman Sachs.

Malaysia will also seek jail terms of up to 10 years for each of the individuals accused, Thomas said.

"Having held themselves out as the pre-eminent global adviser/arranger for bonds, the highest standards are expected of Goldman Sachs. They have fallen short of any standard," Thomas said.

Low has said he is innocent. A spokesman did not immediately respond to a request for comment.

Loo, against whom Malaysia brought other 1MDB related charges this month, has not commented on the 1MDB case and her whereabouts are unknown.

Lawyers for Leissner and Ng could not be reached immediately.

The US Department of Justice (DOJ) has said about US$4.5 billion was misappropriated from 1MDB, including some money that Goldman Sachs helped raise, by high-level officials of the fund and their associates from 2009 through 2014.

US prosecutors filed criminal charges against Leissner and Ng last month. Leissner pleaded guilty to conspiracy to launder money and conspiracy to violate the Foreign Corrupt Practices Act. Ng, detained in Malaysia, is facing extradition to the United States.