The 5th World Dance Games, held from Aug 6 to 9 in Zhengzhou, Henan province, celebrates street dance in all its forms. Zhang Yi (above left, second from right) is one of the 11 champions. The event attracted 6,000 dancers from across the world. (PHOTO BY WANG WEI / FOR CHINA DAILY)

Zhang Yi sported loose-fitting pants and a white T-shirt. The 12-year-old boy stood out among the large group of dancers warming up backstage.

It proves that street dance, a part of hip-hop culture, is taking root in China

He practiced a few jumps. It was his turn to perform.

Zhang was soon battling a freestyle number with another boy, moving toward the front of the stage. They danced to the beat of live music played by a DJ. The audience approved, cheering the duo wildly.

Their performance helped cap the finals of the 5th World Dance Games, held from Aug 6 to 9 in Zhengzhou, capital of Henan province. The games, initiated by the Chinese Dancers Association in 2011, celebrates street dance in all its forms, including the distinctive breakdancing twists, popping movements and locking poses. The event also hosts forums and workshops to promote the art form.

This year's competition drew about 6,000 participants from across the world, including the United States, France, Japan and Singapore, as well as 20,000 spectators.

The winners were announced on Aug 9 under two categories, those younger than and older than age 18.

Zhang clinched the under-18 title with his "popping" dance style.

"I took part last year and was one of the top eight dancers. I am very excited to win this year. When I stepped off the stage, my mother and my teacher immediately congratulated me," says Zhang, who was born and lives in Cixi, Zhejiang province.

"This competition feels more like a festival. I made new friends and learned new steps."

When the event was inaugurated, it offered only five divisions. But that has since grown to 16, attracting more than 40,000 people, says Xia Rui, the secretary-general of the games' organizing committee.

"It proves that street dance, a part of hip-hop culture, is taking root in China," says Xia, who is also the deputy director of the China Hip-Hop Union Committee, which was founded by the Chinese Dancers Association in 2013. 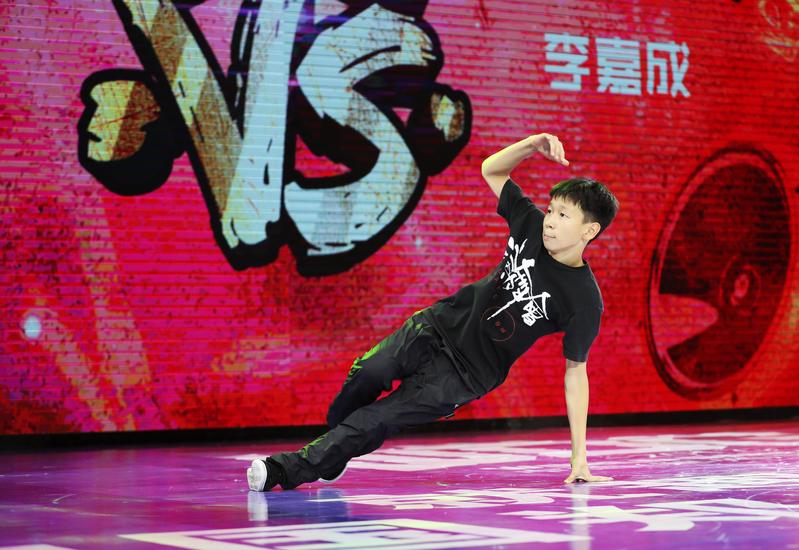 The 5th World Dance Games, held from Aug. 6 to 9 in Zhengzhou, Henan province, celebrates street dance in all its forms. (PHOTO BY WANG WEI / FOR CHINA DAILY)

Xia, who was born and grew up in Xi'an, capital of Shaanxi province, discovered hip-hop culture as a freshman at the Communication University of China in Beijing in 2002. He fell for its dramatic, expressive forms instantly.

However, few people at that time knew about street dancing, which originated in the US in the 1970s. Xia's parents and his teachers believed dancing in those ways was a bad influence on him.

But the dance styles were quickly picked up on campus, Xia recalls.

"This year, we have seen lots of children taking part. The youngest is 4, and they dance like professionals," says Xia.

Zhang's mother, Zhao Tiejun, who runs her own business in Ningbo, Zhejiang province, says that her son has also been learning street dancing for five years. About two years ago, he began focusing on popping.

"We've exposed him to many art forms since he was about 3. He chose street dancing himself," says Zhao.

"Some of my friends' children also learn street dancing. Compared with other traditional arts, such as piano and ballet, street dancing can allow for more displays of individuality and creativity. Now our boy can choreograph some of his favorite moves."

This year's competition attracted a record high of 55 dancers from 29 countries, says Xia, giving Chinese dancers the opportunity to learn from and interact with international practitioners.

Luce Franck, a 38-year-old dancer from France, won the popping group championship. Franck has taken part in competitions since 2003 and has won more than 230 dance contests worldwide.

"What attracts me about popping is the dance itself and the music. My biggest challenge is to be able to freestyle and keep it fresh," says Franck, who was born in Guadeloupe, France, and started dancing in 2001.

Franck first came to China in 2012 to take part in the KOD (keep on dancing) Street Dance World Cup in Beijing. He won. He has since met many Chinese dancers.

"The most exciting moments in my career have been the good times spent with my friends when we meet in a dance event. Those moments are priceless to me," he says.

"Dance changed my life for good. As a dancer, I want to excel－to have my own flavor and to leave something for the next generation." 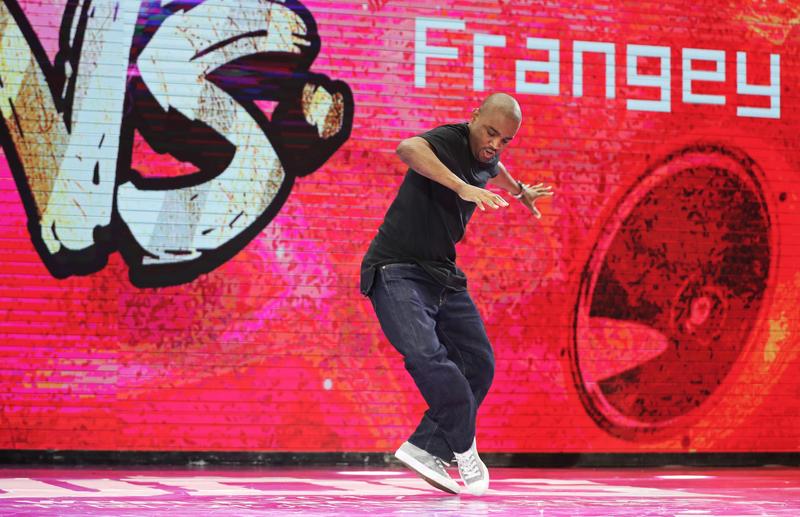 The 5th World Dance Games, held from Aug 6 to 9 in Zhengzhou, Henan province, celebrates street dance in all forms.  (PHOTO BY WANG WEI / FOR CHINA DAILY)

Speaking at the opening ceremony of this year's games, Feng Shuangbai, president of the Chinese Dancers Association, said that street dancing, as seen in the past decade, is no longer just for the few. "It's a culture embraced by young people. The performances of street dance on television shows and in movies have helped the dance form spread quickly in China."

While hip-hop dance is a cultural import, Chinese dancers have combined it with their own culture, including tai chi, martial arts and local operas, adds Xia.

One of the highlights of this year's competition was a performance titled Kung Fu Street Dance, put up by 16 hip-hop dancers from Henan. The group combined martial arts and hip-hop dance.

"China's world-famous Shaolin Temple is in Henan and the dancers were trained there for months to learn kung fu, which helped them to dance better," says Xia.

The China Federation of Literary and Art Circles Publishing House also published in 2015 teaching materials about hip-hop dance, helping to make the dance style more formal and systematic, he adds.

"Like any contemporary art form, street dancing is about using art as a platform to have our voices heard. That means we can integrate our own culture into this Western art form."