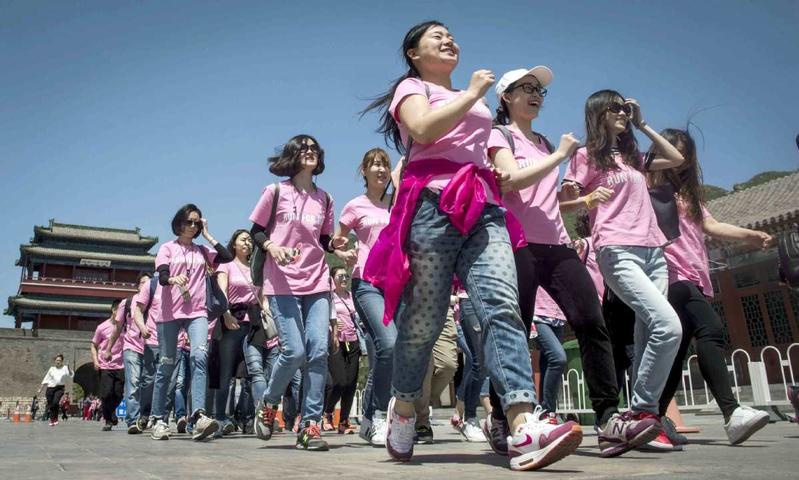 Health authorities in China are promoting a national package of breast cancer prevention and treatment standards.

The aim is to prolong patients' survival times and narrow the gap in diagnosis and treatment between urban and rural areas.

A series of guidelines covering breast cancer screening, early diagnosis and treatment, and rational drug use to follow-up treatment and management of concomitant diseases were released on March 30 at a cancer and health conference held by the National Cancer Center, the Cancer Foundation of China, the Beijing Breast Disease Society and related institutions.

Data released by the center in March last year showed that the mortality rate for breast cancer in China accounted for 16.5 percent of all cancers in females.

As breast cancer continues to lay claim to the highest incidence rates both at home and abroad, its rate of cure has been improving steadily in China, with the five-year survival rate reaching 83.2 percent between 2010 and 2014, a rise of 7.3 percent from 2000.

As the survival time has been significantly prolonged, more patients have entered periods of chronic disease, according to the center's guidelines for breast cancer follow-up and overall management of concomitant diseases. Common concomitant conditions include cardiovascular disease, abnormal bone metabolism and depression.

"Among older patients, cardiovascular disease has caused even more deaths than cancer itself," said Ma Fei, an expert with the National Cancer Center who was executive chairman of the conference.

Under the dual influence of ovarian dysfunction and medication, postmenopausal patients experience a distinct drop in estrogen levels, which often results in an abnormal amount of lipids, or fat, in the blood and increases the risk of cardiovascular disease, Ma said.

In addition, a large number of patients receive endocrine therapy for five to 10 years after cancer treatment, which is often accompanied by abnormal bone metabolism, osteoporosis, aka "brittle bone disease", and even fractures.

The new guidelines clearly require doctors to use interdisciplinary collaboration to take a patient's level of blood fats and their bone density into consideration before providing endocrine therapy. 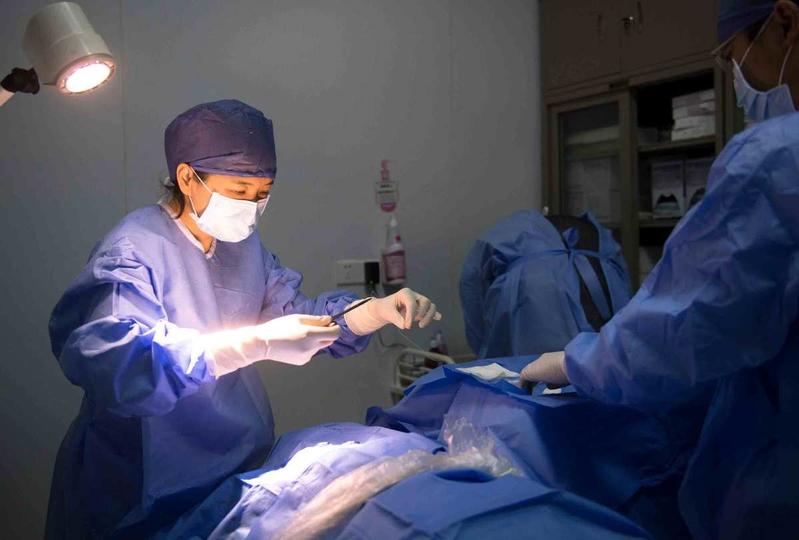 The cure rate for breast cancer has been improving steadily in China, with the five-year survival rate reaching 83.2 percent between 2010 and 2014, a rise of 7.3 percent from 2000

They also suggest that doctors should intervene to help patients quit smoking and drinking alcohol, as well as to avoid falls and serious body impacts, in accordance with an evaluation of their overall health condition.

Xu Binghe, from the Cancer Hospital, Chinese Academy of Medical Sciences, who has focused on breast cancer treatment for more than three decades, said that by standardizing follow-up visits and examinations, the guidelines would promote the prevention of possible concomitant diseases earlier and extend healthcare to survivors over their entire lifetimes.

"They will certainly help patients to return to their families and society in a better state," Xu said.

Ma said the guidelines are an important step in transforming the current disease-centered diagnosis-and-treatment model into a patient-centered one. "Patients should not only live longer, but also live well," he said.

In 2016, the nation issued "Healthy China 2030", a blueprint for healthcare development that aims to raise the overall five-year cancer survival rate by 15 percentage points by 2030.

The five-year survival rate for breast cancer varies greatly in different areas. Eastern coastal cities report a survival rate of 90 percent, roughly the same as in developed Western countries, while rates in inland and rural areas are lower, at 70 to 80 percent.

Moreover, the incidence of breast cancer in China is growing by 3 to 4 percent annually, higher than the global average. 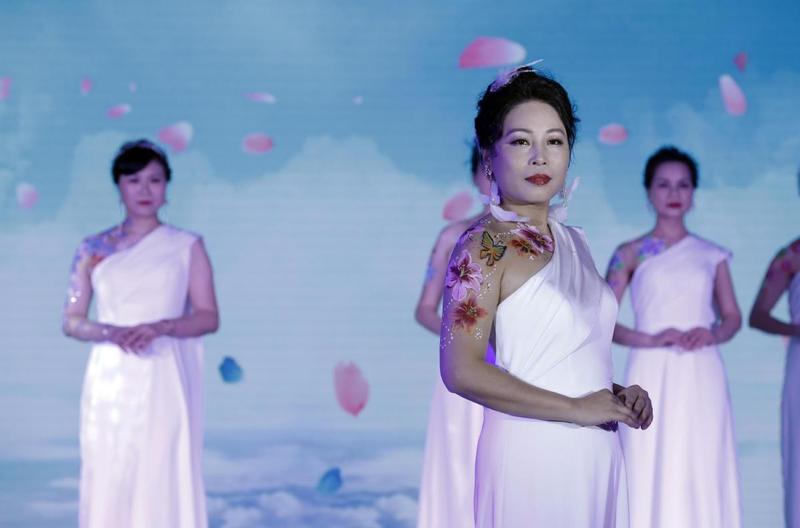 "To further improve the cure rate of breast cancer in China, early diagnosis and treatment are extremely important. At present, no more than 20 percent of breast cancer cases are detected at an early stage and less than 5 percent are found by screening," Ma said.

China has promoted free breast and cervical cancer screenings for women in rural areas since 2009, but as yet there are no unified standards on how to select different screening techniques, especially when different age groups are targeted.

Moreover, a shortage of professionals capable of conducting screenings has resulted in high rates of false or missed diagnosis.

While countries in Europe and the Americas recommend mammography as the major screening method, the center's guidelines suggest the best option for Chinese patients is to combine mammography with ultrasound examinations.

"We cannot just copy international guidelines. For example, Western women usually have larger breasts with more fat, which are very suitable for mammography, but Chinese women often have smaller breasts with higher density, which are better for ultrasound equipment," Ma said. 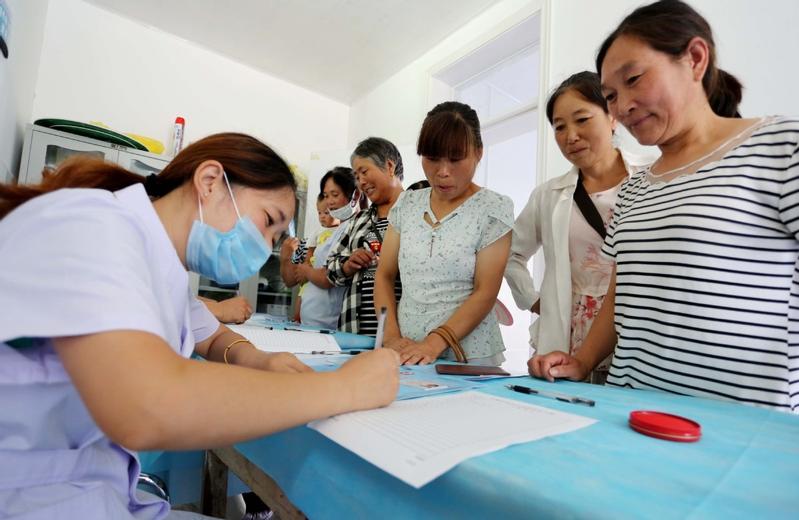 "By covering healthy people and paying particular attention to high-risk groups, the guidelines will help to increase the early detection of breast cancer."

A consensus was also issued during the conference on the diagnosis and treatment of young patients who want to retain normal fertility.

According to Ma, the peak incidence age of breast cancer in China is 10 to 15 years earlier than in Western countries, with many patients age 35 or younger.

Many of these patients have yet to give birth, and they still wish to start families.

It is almost impossible for young patients to avoid chemotherapy, which usually contains cyclophosphamide, or CTX, which can damage the reproductive system. Endocrine therapy is also likely to cause sterility as a result of its effect on the uterus and ovaries, Ma said.

Research indicates that although more than half the patients in China are worried about problems related to procreation, very few ask for their treatment plans to be adjusted.

The consensus suggests that all young patients should receive genetic counseling, regardless of their family history, and that doctors should consider the adverse effects of CTX on young patients who want to have children.

"The consensus fills in the gap in helping to protect the reproductive health of cancer patients and provides practical operational instructions for medical institutions at all levels, marking a new step toward establishing an overall management system for breast cancer in China," Ma said.