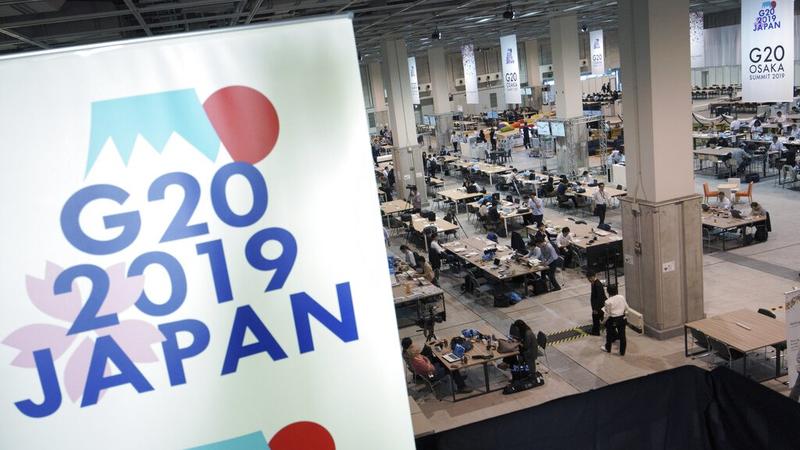 BEIJING - The Group of 20 (G20) rose to prominence in 2008 when leaders of the world's 20 leading economies gathered for the first time amid fear and panic of a global financial crash arising from Wall Street.

Through multilateral cooperation, they have helped get a beleaguered world economy out of the woods and bring it onto the track for recovery.

While the global economic recovery remains fragile, it now encounters a surge of anti-free trade rhetoric and protectionist measures that threatens to upend the rules-based multilateral trading regime.

As G20 leaders are gathering in the Japanese city of Osaka this week to discuss global economic governance, they face an urgent task to prevent world economy from being derailed by protectionism and unilateralism.

To that end, the G20 Osaka summit needs to send a clear and strong message in upholding multilateralism and an open world economy in a bid to renew global confidence in trade liberalization and economic globalization.

Unlike the Group of Seven, an exclusive club of highly industrialized wealthy countries, the G20 brings together both major developed countries and developing ones for international coordination of economic policies.

This broader and more representative grouping, which accounts for about 85 percent of the gross world product, 80 percent of world trade and two-thirds of the world population, epitomizes the very spirit of multilateralism.

In addition, given the fact that its member states range from developed countries to emerging market countries on different continents, the G20 relies on the principle of consensus, a key manifestation of multilateralism, for its success.

China has been a firm and resolute supporter of multilateralism. As Chinese President Xi Jinping said in March at a global governance forum co-hosted by China and France in Paris, global affairs should be settled by the peoples of the world through consultation.

As the increasing trade frictions risk dragging global economy back into crisis, the G20 members need to follow its traditional principle of a consensus-based approach to properly handle differences and fully accommodate the legitimate concerns of developing countries.

Another lesson the group has drawn from coping with the 2008 global financial meltdown is that they need to jointly promote a more open world economy, which is also needed to boost growth worldwide.

Over the past 30 years, the share of free trade in the global GDP has risen from 17 percent in 1990 to 28 percent in 2016. This growth has helped support economic growth and poverty alleviation across the globe.

At present, a certain country within the G20 resorts to such tactics as raising tariffs and threatening trade wars to make its trading partners knuckle under to unreasonable demands.

Such unilateral bullying bears potentially devastating consequences for global prosperity and runs counter to the spirit of multilateral cooperation and openness historically advocated by the G20.

The global trading system with the World Trade Organization (WTO) at the core is standing at a new crossroads as it is facing assaults by unilateralism and protectionism.

China has, on many occasions, reaffirmed its support for the necessary reform to the WTO to enhance its authority and effectiveness, in stark contrast with a certain country, which has been undermining WTO's effective running.

Beijing has been a staunch defender of the rules-based global trading system, as its active embrace of global rules along with its opening-up policy over the past 40 years has helped China achieve staggering economic development.

Only by opening up further and being integrated more deeply into the world can China make even greater strides in achieving high-quality economic development.

Along with the China-proposed Belt and Road Initiative, all these measures reflect China's determination to open up wider and make greater contributions to an open world economy.

As China goes forward to fulfill its promises to the world, it stands ready to support multilateralism and uphold the multilateral trading system. For the sake of the wellbeing of all humanity, multilateralism is a must rather than an option.