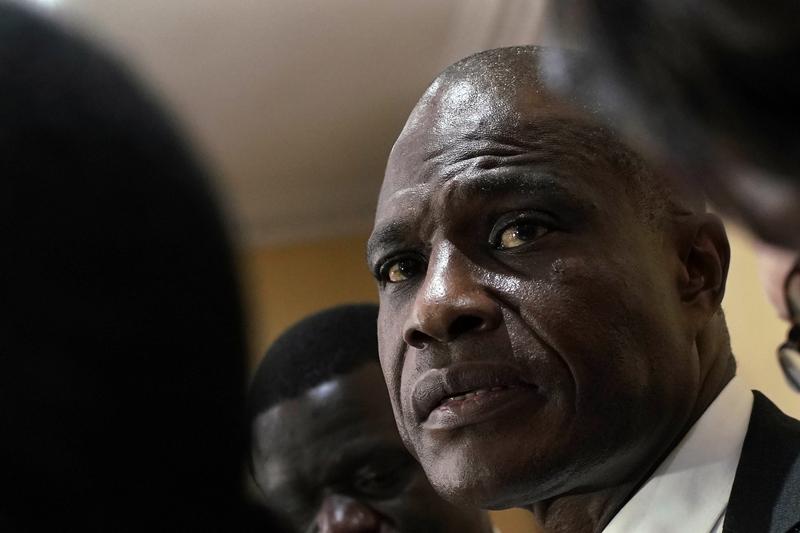 KINSHASA, Congo — As Congo anxiously awaits the outcome of the presidential election, many in the capital, Kinshasa, say they are convinced the opposition won and that the delay in announcing results is allowing manipulation in favor of the ruling party.

"We are the voters, we know who we have voted for and we know the opposition has won"

Leading opposition candidate Martin Fayulu in an interview with The Associated Press late Tuesday warned Congo's electoral commission to "not play with fire, it is very dangerous" and release the true results quickly.

Several dozen anti-riot police gathered outside the commission before midnight as it met to discuss the results compiled so far.

Since the Dec 30 vote, the government has cut internet service in this vast Central African country to prevent speculation on social media about who won and blocked some radio stations. But it cannot stop lively debate on the ground.

"We are the voters, we know who we have voted for and we know the opposition has won," said Hubert Mende, 55, a teacher. "Only Martin Fayulu or Felix Tshisekedi's names can be accepted. If the official result does not reflect the truth, there will be a crisis," he added, as a crowd of two dozen people at a newsstand nodded.

False results will be taken as a "declaration of war against the people," said Heritier Bono, 25, a motorcycle taxi driver. "The reaction will not be only in Kinshasa, it will be all over the country."

The electoral commission on Sunday announced an indefinite delay in releasing the first results of the vote, frustrating many in this country that is rich in the minerals key to the world's smartphones, laptops and electric cars. The election itself was delayed for more than two years, sparking sometimes violent protests as people called on President Joseph Kabila, in power since 2001, to step aside.

Many have seen this election as Congo's first chance at a democratic, peaceful transfer of power since independence in 1960. But one Congolese election observer group, Symocel, on Tuesday reported "major irregularities" including the disappearance of envelopes containing results from nearly 120 polling stations in Kinshasa, an opposition stronghold.

Congo's powerful Catholic Church has upped the stakes by saying it found a clear winner from data compiled by its 40,000 observers deployed to all polling stations. Voting regulations prohibit anyone but the electoral commission from announcing results. The church has urged the commission to announce accurate ones.

Congo's ruling party responded angrily, calling the church's announcement "anarchist," and the electoral commission accused the church of "preparing an uprising." The church replied by saying that only the release of false results would incite an uprising.

"I am serene," the church's secretary general, the Rev Donatien Nshole, told The Associated Press in an interview, responding to the commission's accusation that it violated regulations. "We said there was a winner but we did not mention any name nor give any figures." 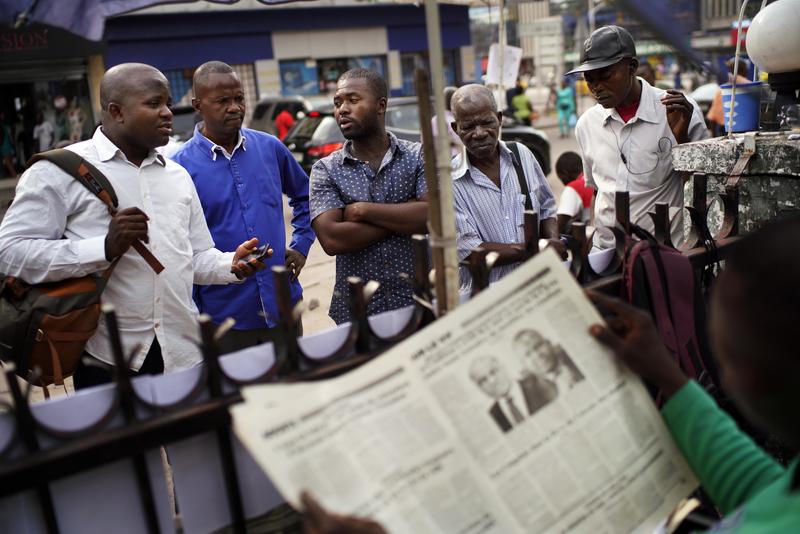 Nshole confirmed he met with Kabila for 45 minutes on Friday, after the church's announcement. "He insisted on the fact that he wants to maintain peace and unity," Nshole said. "We want the same."

Kabila has backed ruling party candidate Emmanuel Ramazani Shadary, who is under European Union sanctions for his role in a crackdown on people protesting the election delay when he was interior minister.

While Nshole acknowledged the difficulties in manually counting votes, especially in remote areas, he warned that the longer the election results are delayed, the more that suspicion will grow among the Congolese people.

"We will react according to truth, there is no other option," he said, if the election results that are announced do not confirm with the church's findings. "The truth is stubborn," he said.

Announcing the delay in election results, electoral commission president Corneille Nangaa said authorities were aware that "this process has always been surrounded by distrust."

He blamed the delay on opposition parties' insistence that results be counted by hand and not transmitted electronically via voting machines, which Congo used for the first time. The machines were the focus of much concern, with the opposition and observers saying they could open the door to manipulating results.

Nangaa called on the Congolese people to be patient.

The delay is to "fudge the results," Fayulu told the AP. The Kinshasa lawmaker and businessman said his coalition would release its own figures if the announced results don't conform to the will of the Congolese people.

The party behind the other top opposition candidate, Tshisekedi, said it suspects the electoral commission to be working in concert with Congo's ruling party under "purely political motivations."

"There is something fishy," said Jean-Marc Kabund, the UDPS party secretary-general.

Nonsense, said the spokesman for the ruling coalition, Andre-Alain Atundu Liongo, who rejected the idea that the delay was in its favor. "Why would we have to steal?"