A father-daughter duo - an archaeologist and an illustrator - team up for new book on the history of cultural relics, Mei Jia reports. 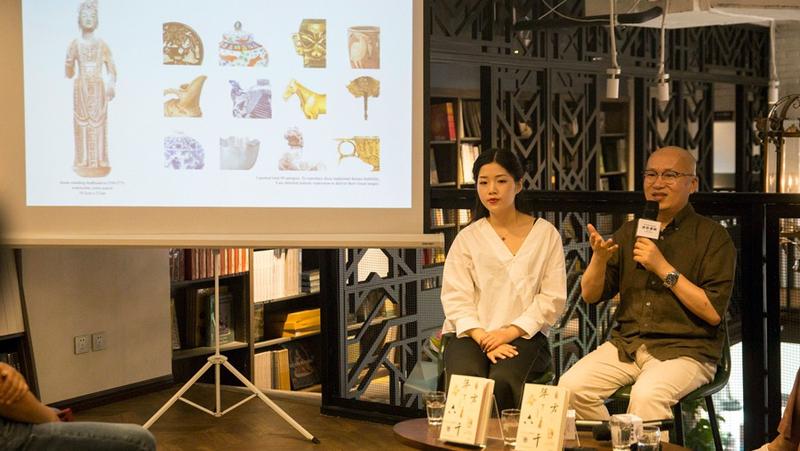 Zheng Yan and his daughter, Zheng Qinyu, team up for a new book, Aged 6,000: The Stories of the Cultural Relics, that aims to find missing details of historical or cultural meaning throughout Chinese civilization. (PHOTO PROVIDED TO CHINA DAILY)

When archaeologist and art historian Zheng Yan tries to convey information about ancient relics to his readers, he says he uses both translation and imagination.

"I translate the ancient messages, as well as academic terminology into contemporary Putonghua (standard Mandarin)," Zheng says. "I also use my imagination to figure out stories behind the relics stuck in the dirt for long."

Aged 6,000: The Stories of Cultural Relics (Nian Fang Liu Qian) is Zheng's latest book that aims to find missing details of historical or cultural meaning throughout Chinese civilization. The book, released by China Citic Press and Moveable Type, has been illustrated by his daughter, Zheng Qinyu, an art design major, to appeal to young readers.

In the book, Zheng Yan describes a scene when a potter was so tired and angry with endless work - an indication of prosperous society at that time - that he created a colored pottery piece, featuring a young girl falling asleep on a camel. The relic was unearthed from a Tang Dynasty (618-907) tomb in Xi'an, Shaanxi province.

Zheng Yan captures the potter's complaints about his boss' demand that his pieces show the different skin colors of the figures he portrays and their detailed physical depictions, because they came to the Tang capital from various regions west of China for trade and leisure.

"I'm tired. The girl I made today is also tired. Can you please give us some quiet space to just take a nap," he writes, imagining the potter's thoughts. 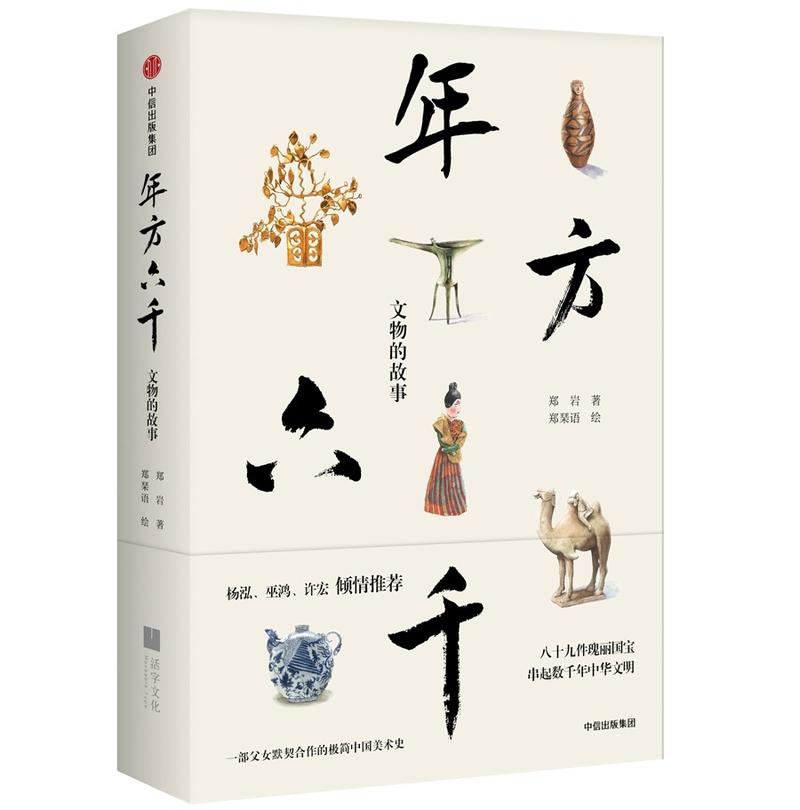 Aged 6,000: The Stories of the Cultural Relics. (PHOTO PROVIDED TO CHINA DAILY)

These items are not only archaeological objects but also are about people and their relationships, Zheng Yan says.

"I rebuild the scenes and reconstruct the stories from the perspectives of their creators and users but leave conclusions to the readers," he adds. "Also, I try my best to avoid grand narratives but stress things like details of everyday incidents and people's emotions."

The book tells stories of 89 portable and unearthed items ranging from 5000 BC to the Ming Dynasty (1368-1644). His description of each relic is fewer than 500 words so that younger readers don't get bored, he says.

Zheng Yan also remembers his first field report on 10 unearthed pots - a record in technical language about their sizes, shapes and material. The 53-year-old says that, while he agrees with the standard approach to archaeology, his "feelings from field studies and museums are left unexpressed" if only convention is followed.

He says archaeology is seen as a science in China and that he hopes to bring cultural and artistic perspectives into it through his writings and translations of foreign studies in the field.

He holds a doctorate in archaeology and was involved in the excavation of the legendary Daming Palace site near Xi'an in 2000. He then spent 15 years in Shandong Museum before becoming a professor at the Central Academy of Fine Arts in Beijing. He was a visiting scholar at the University of Chicago and the National Gallery of Art in Washington. 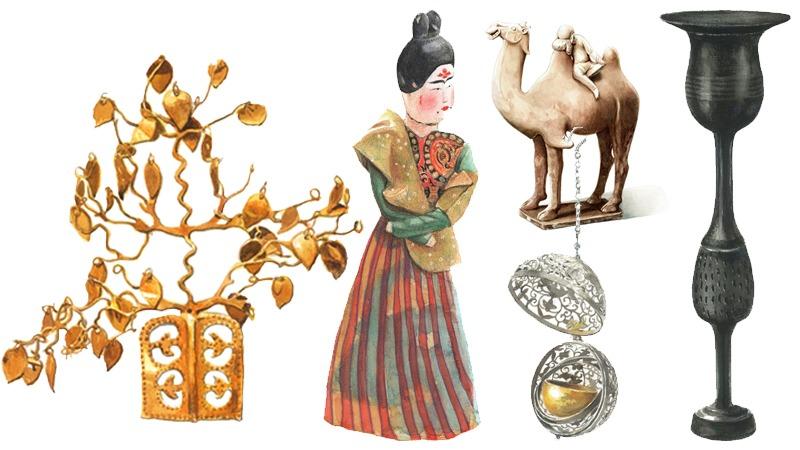 Zheng Yan has written many essays and academic papers. He says the most difficult part of writing books like Aged 6,000 is to convey the meaning of the research to the general public, who may have little knowledge in this regard.

"I seldom pack my writing with terms, theories and metrics. Instead, I write about what touches me the most in relics," he says.

"This is something similar to what I tell my students: Confused about writing papers? Go to your mother and tell her what you're writing about. Make her understand. If you get stuck when you're writing, then go back to the reason why you started."

Zheng Yan says he believes the relics, once excavated, break the linearity of time.

"They seem to be able to fold time and space, to connect us with our ancestors and our cultural heritage".

The book is his first collaboration with his daughter, Zheng Qinyu. She says she was initially not interested in art history, because her father has always spent more time on the subject than with her.

"I had to ask him questions in the process, and I learned a lot from him while working on the book," she adds.

Zheng Qinyu is known for her illustrations for Liu Xinwu's introduction to the classic novel, A Dream of Red Mansions. The illustrations of the relics are different. They're more factual, the 25-year-old says. She used only color pencils and watercolors for the new book.

She spent hours in museums studying the objects and followed her father's advice: "Going to a museum and taking pictures and sharing them on social media is not really visiting a museum. Once the pictures are taken, you start to forget about the ancient relics you saw. Just stay there, look at them and appreciate them with your own eyes."

Xu Huan, director of the popular TV program, Every Treasure Tells a Story, says the book by the Zhengs brings warmth to her as a reader.

"It's the kind of love we have for our parents, our cultural expressions and our history," Xu says.

"These emotions bring the relics back to life."

The book is part of a trend of recent releases that explore China's cultural heritage from new perspectives, many of which are created for young readers. They include the book version of Every Treasure Tells a Story, which is based on the eponymous TV program, Nation's Greatest Treasures, and National Treasures for the Kids.

"Such books are nice, enjoyable approaches to looking back. And they sell well," says Chen Xuan, an editor at Moveable Type.