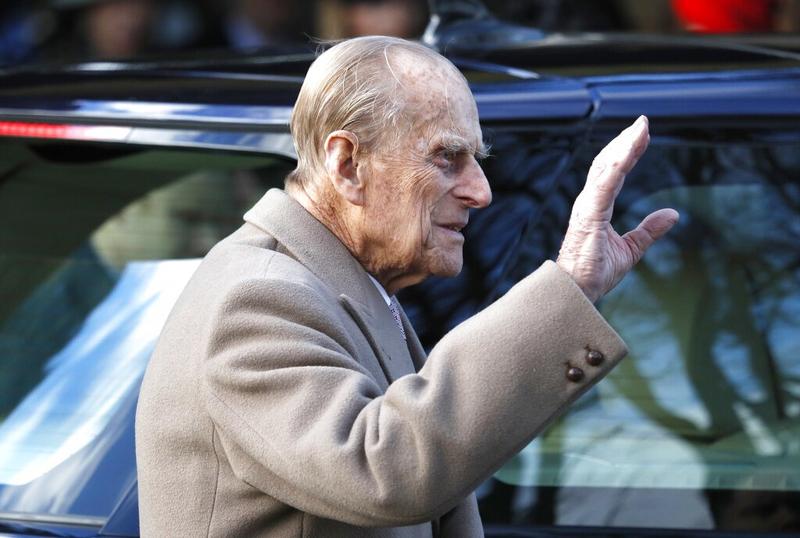 In this Dec 25, 2016 file photo, Britain's Prince Philip waves to the public as he leaves after attending a Christmas Day church service in Sandringham, England. (KRISTY WIGGLESWORTH / AP)

LONDON — Queen Elizabeth II's 97-year-old husband Prince Philip was recovering at the royal Sandringham estate after the Land Rover he was driving rolled over on its side in a collision with another vehicle.

Buckingham Palace said Philip received a "precautionary checkup" at the Queen Elizabeth Hospital in King's Lynn on Friday and was found to have "no injuries of concern."

Warne found Philip trapped in the car, but persuaded him to move one leg at a time to get out

Witness Roy Warne told the BBC he was driving home from work Thursday when the accident involving Philip's Land Rover and a compact car unfolded in front of him shortly before 3 pm.

Warne said he helped free a baby from the second car, a Kia, before helping the prince out of his vehicle, which was lying on its side.

Warne found Philip trapped in the car, but persuaded him to move one leg at a time to get out. He then pulled him out, saying he was not sure whether it was through the windshield or the sun roof. The prince was able to immediately stand up and walk around. 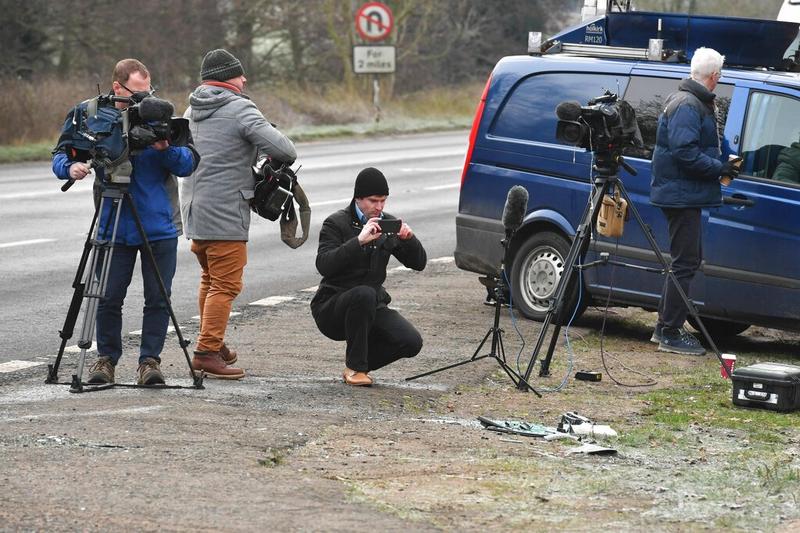 News media film broken glass and car parts on the road side near to the Sandringham Estate, England, where Prince Philip was involved in a road accident late Thursday while he was driving, Jan 18, 2019. (JOHN STILLWELL / PA VIA AP)

"He was obviously shaken, and then he went and asked if everyone else was all right," Warne said.

He was obviously shaken, and then he went and asked if everyone else was all right

Police said they conducted breath tests on both drivers after the accident and both tested negatively for alcohol.

Philip has largely retired from public life but is well known for his fierce independence and his love of driving cars and horse-drawn carriages. He has seemed to be in generally good health in recent months.

There is no upper age limit for driving in Britain, although drivers 70 and over are required to renew their licenses every three years and notify authorities if they have suffered from ailments like strokes, epilepsy or glaucoma. 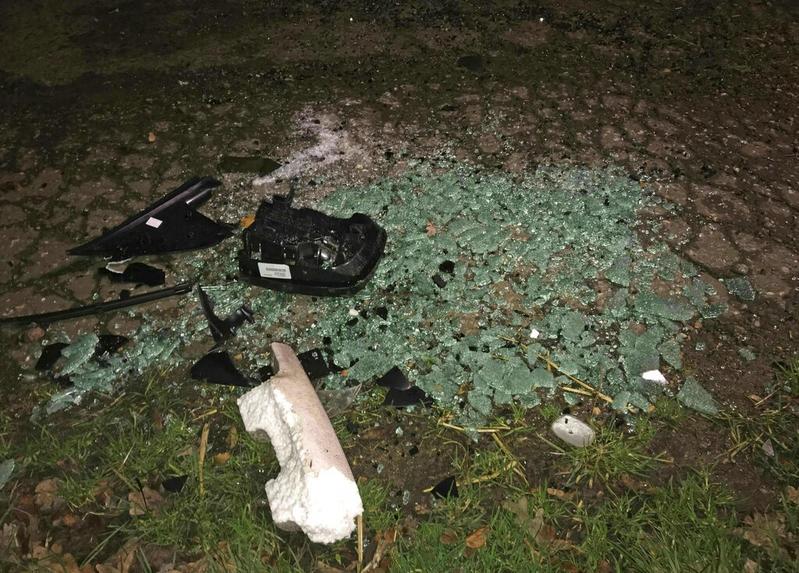 The scene near to the Sandringham Estate where Britain's Prince Philip was involved in a road accident in Sandringham, England, Jan 17, 2019. (SAM RUSSELL / PA VIA AP)

Buckingham Palace officials said Friday that Philip has a valid driver's license and has complied with all Driver and Vehicle Licensing Agency requirements.

By coincidence, authorities in the area had planned to consider improving safety on the road, the A149

He and Elizabeth, 92, have been on an extended Christmas vacation at Sandringham, one of her favored rural homes, located 177 kilometers north of London.

Prime Minister Theresa May sent Philip a message wishing him well after the accident.

Police did not provide further details about the crash.

"We are aware of the public interest in this case, however, as with any other investigation it would be inappropriate to speculate on the causes of the collision until an investigation is carried out," Norfolk Constabulary said.

By coincidence, authorities in the area had planned to consider improving safety on the road, the A149. Norfolk County Council will discuss reducing the speed limit on the road from 60 mph to 50 mph and installing safety cameras.