Brexit in the balance as Johnson faces crunch votes 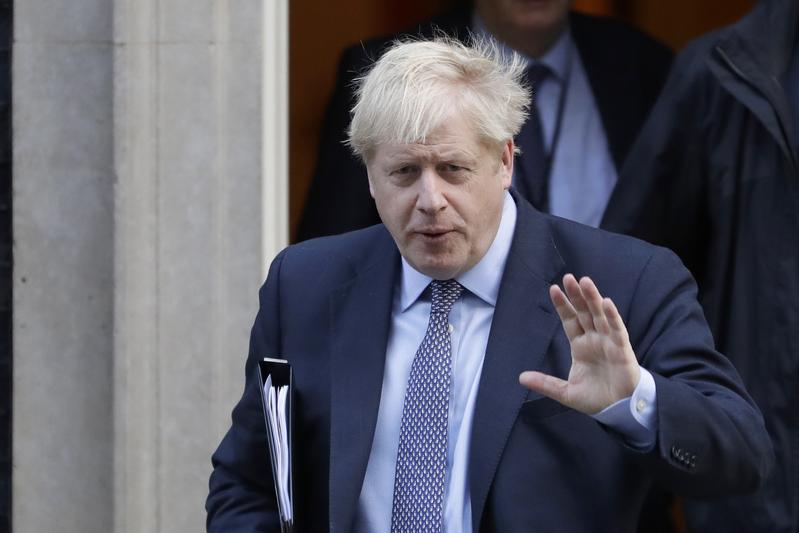 LONDON — Prime Minister Boris Johnson faces two pivotal votes in parliament on Tuesday that will decide if he can deliver on his pledge to lead the United Kingdom out of the European Union in nine days time.

“The public doesn’t want any more delays, neither do other European leaders and neither do I. Let’s get Brexit done on 31 October and move on.”

As the clock ticks down to the latest Oct 31 deadline for Britain’s departure, Brexit is hanging in the balance as a divided parliament debates when, how and even whether it should happen.

After he was forced by opponents into the humiliation of asking the EU for a delay that he had promised he would never do, Johnson is battling to ram legislation through the House of Commons that will enact his last-minute Brexit deal.

In yet another day of high drama, lawmakers vote at around 1800 GMT on the 115-page Withdrawal Agreement Bill and then vote on the government’s extremely tight timetable for approving the legislation.

“I hope parliament today votes to take back control for itself,” said Johnson, the face of the successful 2016 referendum campaign to leave the EU.

“The public doesn’t want any more delays, neither do other European leaders and neither do I. Let’s get Brexit done on 31 October and move on.”

Defeat in either vote would scupper Johnson’s plans to leave the EU with or without a divorce deal on Oct. 31. He would then have to decide whether to abide by a law that demands he accept any Brexit delay offered by the EU or somehow leave without a deal.

Victory, while an imperfect indicator of possible support for Johnson’s deal, would simply open up another opportunity for opponents to ambush the government with amendments that could wreck Johnson’s plans.

More than three years since the United Kingdom voted 52-48 to leave the European Union, the Brexit crisis is straining the British political and constitution system to breaking point.

Johnson confounded his opponents by winning a Brexit deal from the EU on Thursday, though he was forced by his opponents to reluctantly - and with a mere unsigned photocopy - ask for a Brexit delay on Saturday. House of Commons speaker John Bercow refused a vote on his deal on Monday.

European Council President Donald Tusk said he was discussing the request for a Brexit delay with the leaders of the other 27 member states and would make a decision “in the coming days”.

“A no-deal Brexit will never be our decision,” Tusk told the European Parliament in Strasbourg, to applause from lawmakers.

In a sign of the frustration in Brussels, Brexit Commision President Jean-Claude Juncker said Brexit was a waste of time and energy and that the European Parliament could only approve Johnson’s Brexit deal after the British parliament.

Behind the apparent absurdity of the day-to-day Brexit combat in parliament, the courts and at late-night EU summits, a much bigger game is being played over whether Brexit will happen at all.

While Johnson faces legislative booby traps at every juncture, the opponents of Brexit are also deeply divided - one of the main reasons their campaign to “Remain” failed in the 2016 referendum.

Still, Johnson is asking a divided parliament where he has no majority to approve in just three days one of the most important pieces of legislation in recent British history.

The so called WAB (Withdrawal Agreement Bill) will have less time for debate in the House of Commons than a law to ban the use of wild animals in circuses, according to the Institute for Government.

Previous bills to implement major European treaties have taken between 10 and 40 days to get through parliament. Government ministers said parliament has enough time already to discuss every intricacy of Brexit.

“Labour opposes Johnson’s sell-out deal and will seize every opportunity to safeguard workers’ rights, protect our economy and ensure the people are given the final say,” opposition Labour Party leader Jeremy Corbyn said.

A spokesman for Johnson said that if the legislation strayed too far from the deal then its ratification would be placed in question.