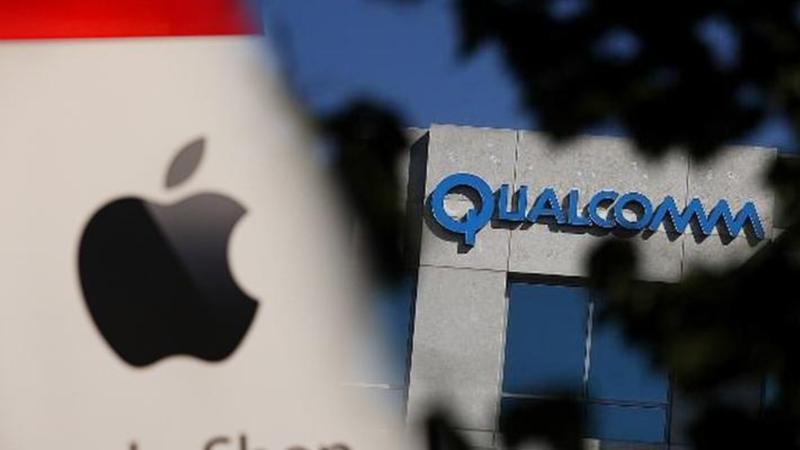 This undated picture shows logos of Apple and Qualcomm.

Qualcomm Inc said on Tuesday Apple Inc Chief Executive Officer Tim Cook's comment that there was no recent settlement discussions between the iPhone maker and the chipmaker were "misleading."

"We have been consistent for the last 18 months in making clear that we have, at various times, been in discussions with Apple about a possible resolution to our licensing dispute," a Qualcomm spokesperson said in a statement.

We have been consistent for the last 18 months in making clear that we have, at various times, been in discussions with Apple about a possible resolution to our licensing dispute

In an interview with CNBC earlier on Tuesday, Cook said there have not been any discussions to settle a licensing dispute between the companies since the "third calendar quarter of last year."

Cook appeared to be referring to comments that Qualcomm Chief Executive Steve Mollenkopf made in November on CNBC, in which he said the chip supplier was "on the doorstep of finding a resolution."

Qualcomm's spokesperson said the company stands by Mollenkopf's remarks. Mollenkopf had also told investors on a Qualcomm earnings call in July that the San Diego chip company was in talks with Apple, and those comments appear to be true based on the timeline that Cook disclosed on Tuesday.

Apple and Qualcomm have been locked in a legal battle in which Apple has accused Qualcomm of engaging in illegal patent licensing practices to preserve a dominant market position in so called modem chips, which help mobile phones connect to wireless data networks.

Qualcomm, in turn, has accused Apple of not fairly compensating it for its technical innovations and stealing its trade secrets to hand over to rival supplier Intel Corp , which is now the primary supplier of modem chips for the iPhone.

Cook's comments also came as Qualcomm is in the midst of an antitrust trial with the US Federal Trade Commission over many of the same patent licensing practices Apple has criticized. In its statement, Qualcomm said Cook's comments "appear to be a deliberately timed attempt to tarnish our company's reputation."

Apple did not immediately respond to a request for comment on Qualcomm's statement.