By China Daily in Beijing and Agencies in Washington 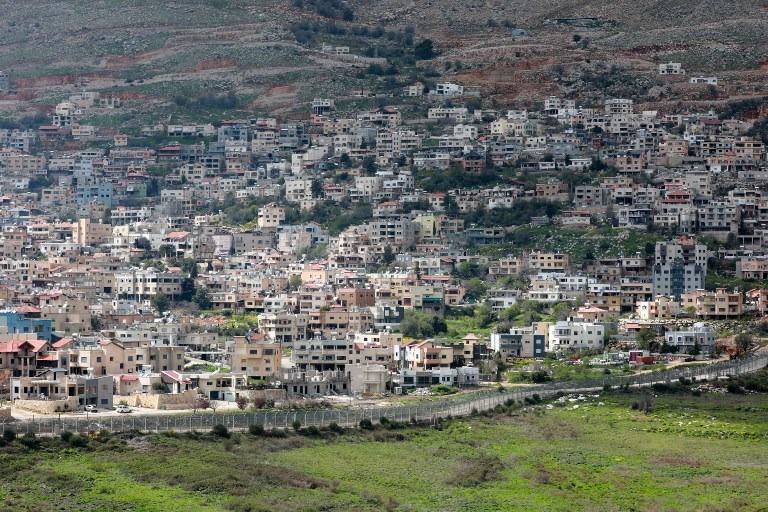 This March 26, 2019 photo shows a fence separating the towns of Ain al-Tineh in Syria and Majdal Shams in the Israeli-annexed Golan Heights. (LOUAI BESHARA / AFP)

China said on Tuesday it opposes any unilateral action to change the status of the Golan Heights and does not wish to see any escalation of tensions in the region.

Foreign Ministry spokesman Geng Shuang made the remarks after United States President Donald Trump signed a proclamation on Monday that formally recognized Israel's sovereignty over the Golan Heights－a region seized from Syria after the 1967 Six-Day War.

The international community recognizes the Golan Heights as an occupied territory, "and the United Nations Security Council has repeatedly passed resolutions demanding that Israel withdraw from the area," Geng said

The international community recognizes the Golan Heights as an occupied territory, "and the United Nations Security Council has repeatedly passed resolutions demanding that Israel withdraw from the area", Geng said at a daily news conference.

READ MORE: UN says no change to policy on Golan Heights despite US' move

Trump's signing of the proclamation at the White House, with visiting Israeli Prime Minister Benjamin Netanyahu standing alongside, is seen by analysts as further complicating the situation and escalating tensions in the Middle East.

The proclamation said that it is "appropriate to recognize Israeli sovereignty over the Golan Heights" because of the security needs of Israel, the Associated Press said.

In response, Syria's Foreign Ministry called the recognition of Israeli sovereignty over the Golan Heights a "blatant attack on the sovereignty and territorial integrity" of Syria, state news agency SANA reported.

The Golan Heights, located 60 kilometers southwest of Damascus and covering about 1,200 square kilometers, was annexed by Israel in December 1981. United Nations Security Council Resolution 497, adopted unanimously that same month, said that the Israeli decision to impose its laws, jurisdiction and administration on the occupied Golan Heights is "null and void and without international legal effect".

The US decision immediately met with wide international opposition.

UN spokesman Stephane Dujarric said on Monday that UN Secretary-General Antonio Guterres is "clear that the status of Golan has not changed".

Arab League Secretary-General Ahmed Aboul-Gheit said in a statement that Trump's proclamation is void and a blatant violation of international law.

Tian Wenlin, a researcher at China Institutes of Contemporary International Relations, said the timing of this announcement was politically calculated to bolster Netanyahu's campaign in the upcoming Israeli elections on April 9.

Tian said as Golan is considered a significant strategic asset for both Syria and Israel, Trump's announcement will make the peace process tougher because it widens the gulf between countries in the region.

"It marks a major shift in US policy in the Middle East as it reverses decades of consistent US policy that demanded any territorial recognition come as a result of direct negotiations, rather than unilateral declarations," Tian said. He added that the move also runs counter to international law, which does not recognize Israeli sovereignty over the territories occupied during the 1967 War.

Zhou Jin and Pan Mengqi contributed to this story.