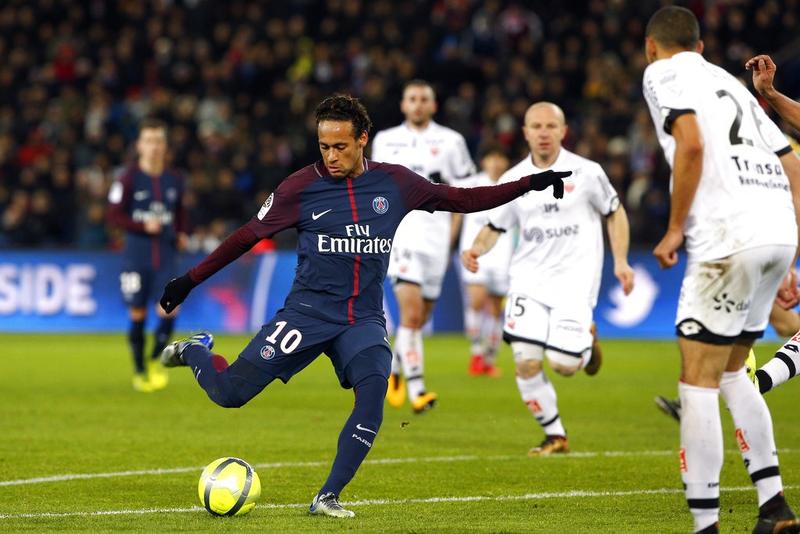 PSG's Neymar shoots the ball to score during his French League One soccer match between Paris-Saint-Germain and Dijon, at the Parc des Princes stadium in Paris, France, Jan 17, 2018. (THIBAULT CAMUS / AP)

RIO DE JANEIRO - Ronaldinho has delivered a warning to Brazil's 2018 World Cup rivals, predicting that attacking talisman Neymar will bring the team "a lot of joy" in Russia.

Neymar has been in fine form for Paris Saint-Germain season, scoring 28 goals in 30 matches after leaving Barcelona for a world record transfer fee of 222 million euros.

"Neymar is our best player at the moment, the man who will give us great joy along with the others," Ronaldinho, who announced his retirement last month, told Globo Esporte.

Ronaldinho said Brazil have rediscovered their old swagger after a harrowing 7-1 semifinal defeat to Germany in the 2014 World Cup on home soil.

Under coach Tite, who replaced Dunga following the team's group-phase elimination at the 2016 Copa America, Brazil rose from sixth in the South American zone 2018 World Cup qualifying standings to finish at the top of the group.

The Selecao have lost just one of Tite's 15 matches in charge: a 1-0 friendly defeat to Argentina last year.

"I'll be cheering the team on a lot. It's a group of great quality, young players, who are already playing at great clubs, meaning they will arrive with a certain level of experience," Ronaldinho said of the World Cup. "We also have a great coach. Everyone is confident," he added.

Brazil have been drawn in the same group as Costa Rica, Switzerland and Serbia for the June 14-July 15 tournament.

Meanwhile Ronaldinho, who won the World Cup, Champions League and two FIFA world player of the year awards in a decorated career, said he has no regrets about quitting football.

"It was not difficult to stop because I was completely fulfilled, very happy. In the national team, our generation spent 10 years playing together. It was a long time," he said.