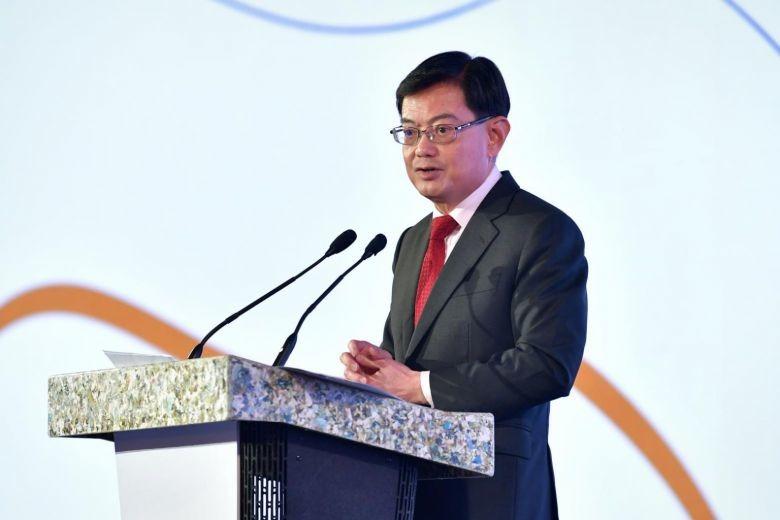 SINGAPORE —  Singapore Deputy Prime Minister Heng Swee Keat on Sunday set out how his generation of leaders plans to take the country forward: The government will partner Singaporeans in new ways to design and implement policies together.

The government will also work with Singaporeans to create a shared future where everyone will have a part to play, Heng said at a dialogue on building the country's future together.

Heng, leader of the ruling People's Action Party's (PAP) fourth-generation team, sketched out for the first time in detail the approach it will adopt to govern the country in a more challenging environment.

He spoke of the need to shift from government that works for the people to one that works with them.

Constructive politics and unity remain critical, he added, as Singapore becomes more diverse and navigates serious challenges such as the shifting global order and changes brought about by technological advancements.

Heng, who is also finance minister, noted that each generation of leaders has to earn the right to lead.

"I know, and my colleagues know, that we have to earn your trust," he said in a 45-minute speech to 400 people at the dialogue organized by government feedback unit Reach and CNA at the Singapore Management University School of Law.

"I mean to do so by working with you, for you, for Singapore," he said.

The phrase was also the PAP's slogan in the 2015 General Election. The next election must be held by April 2021.

"These words express our deep-seated beliefs, the reasons why we decided to enter politics," said Heng, who recounted how founding Prime Minister Lee Kuan Yew and his team earned the trust of the people the hard way, "by trusting them with the hard truths and leading from the front".

As the country developed, Singaporeans came to feel a greater sense of ownership and wanted a stronger say in how they were governed. Successive generations of leaders have had to win the hearts and minds of Singaporeans in their own way, in accordance with the tenor of the times, Heng said.

The second generation of leaders, led by Goh Chok Tong from 1990, created a "kinder, gentler society".

I believe that trust between the people and the government is absolutely essential. And the best way to win your trust is to first trust you with the truth - no matter how hard or unpopular.

Prime Minister Lee Hsien Loong took this further with a more inclusive style of governance when he took over in 2004, Heng added.

But even as the style of governance changed, there were constants through successive generations of leaders, he noted.

"I believe that trust between the people and the government is absolutely essential. And the best way to win your trust is to first trust you with the truth - no matter how hard or unpopular," he said.

The government will also continue to lead decisively "with clear-eyed realism" in areas such as national security and foreign policy.

But in many other areas, there is plenty of room to debate, deliberate and establish partnerships with Singaporeans. The 4G leaders will work hand in hand with the people to come up with policies in areas such as environmental sustainability and housing.

Manpower Minister Josephine Teo will soon launch a citizens' panel to look at ways to improve work-life harmony, he announced.

Other 4G leaders will share their vision and engage people on four broad themes, including a society with more opportunities for all.

All these will be the work of a generation, Heng stressed, noting that it will be a learning process for all and partnerships cannot be expected to proliferate overnight.

"This is how we will build a society where every Singaporean has a strong sense of belonging, and a part to play in building our shared future together."