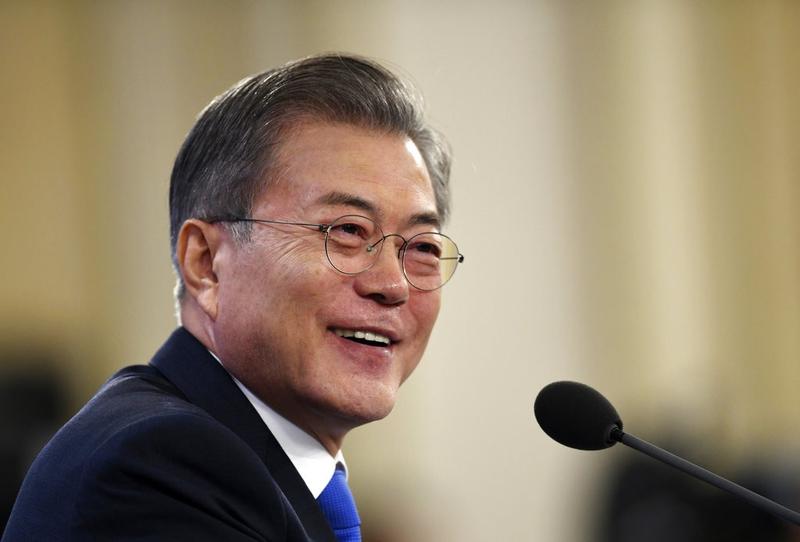 Moon said Trump positively assessed his meeting with senior DPRK official Kim Yong-chol, while working-level talks were under way in Sweden between Pyongyang and Washington, also joined by a ROK representative

Moon said during a regular meeting with his senior aides that he has heard from the US' side of the positive assessment on the results of the talks between Kim Yong-chol, vice-chairman of the DPRK's ruling Workers' Party of Korea (WPK) Central Committee, and US Secretary of State Mike Pompeo, as well as the former's meeting with Trump.

Kim Yong-chol visited Washington over the weekend and held high-level talks with Pompeo, and also met with Trump in the Oval Office at the White House.

READ MORE: DPRK envoy in US for talks with Pompeo, possibly Trump

Moon said Trump positively assessed his meeting with the senior DPRK official, while working-level talks were under way in Sweden between Pyongyang and Washington, also joined by a ROK representative.

The news brightened the future for the upcoming summit between the leaders of the DPRK and the United States, which the White House said would be held near the end of February, Moon noted.

Moon stressed that ROK should take this golden opportunity to peacefully resolve the nuclear issue of the Korean Peninsula.

He said his country should build an unwavering peace on the peninsula that can lead to an opportunity for growth in ROK's economy. 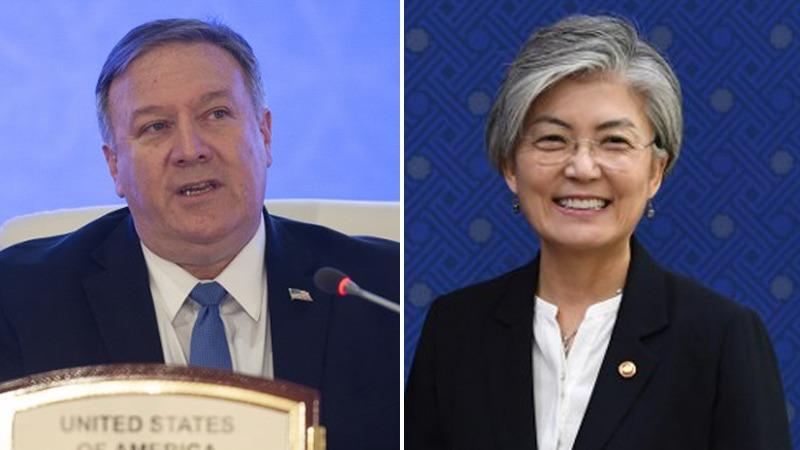 US, ROK top diplomats talk over phone on summit

Earlier Monday, ROK's Foreign Minister Kang Kyung-wha and US Secretary of State Mike Pompeo held phone talks in the morning over the second DPRK-US summit, according to Seoul's Foreign Ministry.

Kang and Pompeo held a phone conversation for half an hour from 9:30 am local time (0030 GMT).

During the phone dialogue, Kang and Pompeo agreed to closely cooperate in helping DPRK's Kim Yong-chol's visit to Washington lead to the success of the second Kim-Trump summit

They exchanged opinions about Kim Yong-chol's visit to Washington, as well as the second summit between DPRK's top leader Kim Jong-un and Trump.

Kim and Trump had the first-ever DPRK-US summit meeting in Singapore in June last year. The White House said Friday that the second Kim-Trump summit will take place "near the end of February."

During the phone dialogue, Kang and Pompeo agreed to closely cooperate in helping Kim Yong-chol's visit to Washington lead to the success of the second Kim-Trump summit.

They also agreed to cooperate to help implement the agreement reached by Kim and Trump after their Singapore summit, in which the two leaders agreed to completely denuclearize the Korean Peninsula and build new relations between Pyongyang and Washington.

The top diplomats of Seoul and Washington assessed the positive advance in the Korean Peninsula situations under the cooperation between the two allies, agreeing to closely communicate with each other to make an epoch-making progress in the peninsula's complete denuclearization and the permanent peace settlement this year.