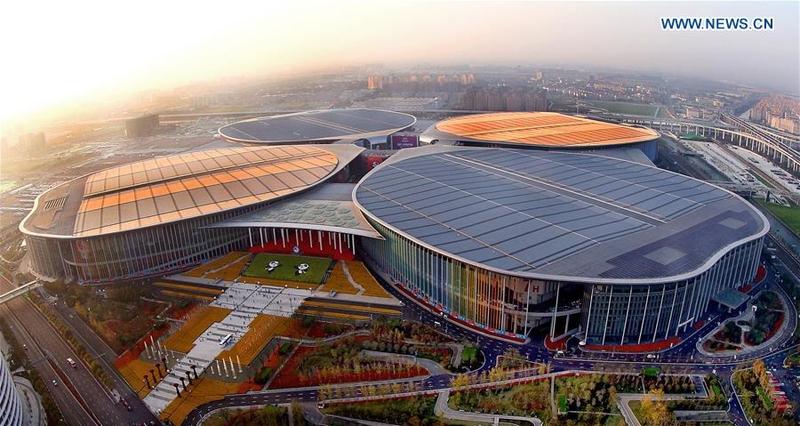 Deals for intended purchase of goods and services within a year totaled US$57.83 billion, Sun Chenghai, deputy director of the CIIE Bureau, said at a news conference after the expo wrapped up.

Deals for high-end intelligent equipment reached over US$16.46 billion, followed by food and agricultural products (US$12.68 billion); automobiles (US$11.99 billion); medical equipment and healthcare products (US$5.76 billion); consumer electronics and appliances (US$4.33 billion); apparel, accessories and consumer goods (US$3.37 billion); and services (US$3.24 billion), said Sun said.

China has made its stance against trade protectionism, with recent opening-up measures in the automobile industry.

The CIIE is a high-level expo that generates extensive significance at home and abroad and produces fruitful outcomes, Sun told reporters.

At the CIIE, there was something for everyone – sipping French wine, wearing Finnish jewelry, dressing up in US smart sportswear, riding in Japanese new energy cars. Refusing globalization is like refusing the law of gravity.

At the opening ceremony of the expo, Chinese President Xi Jinping underscored the role of economic globalization, saying that it is an irreversible historical trend and provides strong momentum for world economic development.

The import expo has served as a platform to inspire cooperation in international free trade in unprecedented depth and width. It is not China's solo show, but rather a chorus involving countries from around the world.

The first CIIE is a new propellant driving China's import agenda. In the next 15 years, China expects to import goods worth US$30 trillion and services worth US$10 trillion. Last year, China's total imports rose 15.9 percent to hit US$1.8 trillion.

"This Taurus machine has already been sold, but we still have many more..." reads a note on the 200-tonne milling machine from Waldrich Coburg, the largest product on display that has won extensive media coverage ever since the shipping from Germany to China began.

Close media attention has paid off: The milling machine received an order from a Chinese private company at about 2.8 million euros (US$3.2 million). 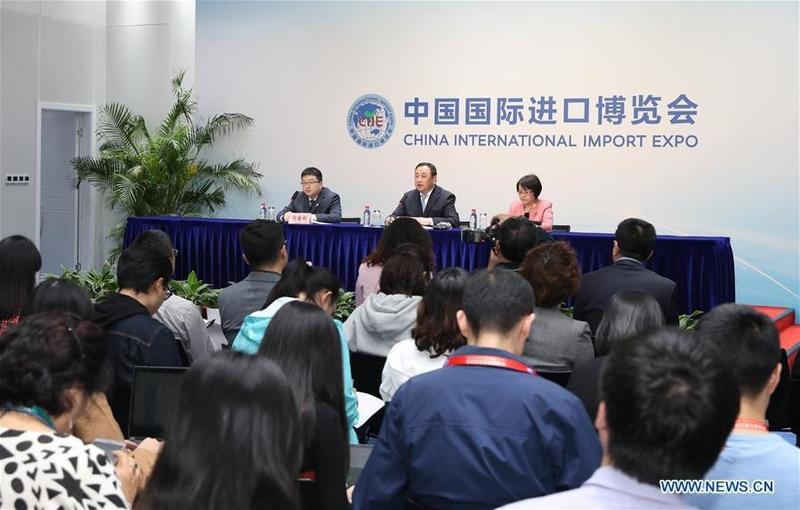 "At the expo, we have a lot of delegations and interested visitors, and we are confident that we are going to sell more machines," said Sven Grosch, in charge of public relations at Waldrich Coburg's holding company – Jingcheng Holding Europe GmbH.

The sweet taste of free trade is shared across the expo's venue in the shape of a four-leaf clover. As of Friday, German manufacturer ZEISS signed contracts with a combined worth of more than 400 million yuan (US$57.7 million), far exceeding the company's expectations. The US firm Intuitive Surgical sold more than 40 of its da Vinci robotic-assisted surgical systems to Chinese buyers.

Besides bringing companies from all over the world together with their potential buyers, the expo is also gathering worldwide consensus on supporting free trade and globalization.

"China has made its stance against trade protectionism, with recent opening-up measures in the automobile industry," Zhang Kelin, deputy head of the China Machinery Industry Federation, said at a forum on the sidelines of the expo.

Wider opening-up not only makes domestic manufacturers more competitive in the global arena and more dedicated to innovation, but also gives global brands more investment opportunities and a wider market, contributing to the inclusive growth of the global economy, Zhang said.

The import fair, which will be held on an annual basis in the years to come, will serve as evidence of China's support for globalization and willingness to share growth opportunities with the world. 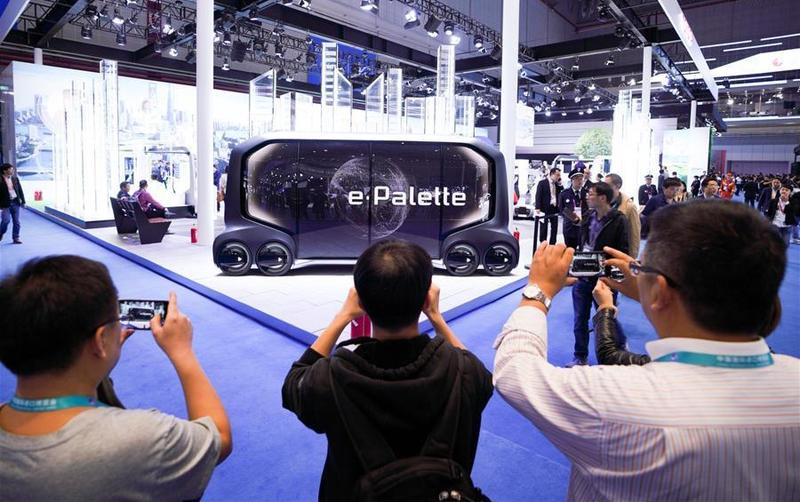 The CIIE has been the meeting point of over 170 countries, regions and international organizations, which include more than 30 of the world's least developed countries such as Afghanistan, Cambodia and Malawi.

Two booths were provided gratis to each of the least developed countries to encourage broader participation. "This expo is a very great opportunity for Malawi to find an entrance into the Chinese market," said Clement Kumbemba, CEO of the Malawi Investment and Trade Center.

Traveling in a delegation of 18 people, Kumbemba said they had much confidence in China's "enormous consumption" and "spending power." He regarded the import expo as "a quicker way to improve their people's livelihood."

"When their products find themselves in the export market, more people in Malawi will have money in their pockets," Charles Onunaiju, director of Center for China Studies in Abuja, said, adding that the expo had been a demonstration of China's faith in free trade and globalization and that trade can genuinely offer a way out for the African continent and many other developing countries.

"For Africa, there is no better opportunity to readdress the so-called imbalance in global trade. China is not just offering investment, infrastructure and financial support. It is now offering a market. The most important element in any meaningful development is the market," he said.

China's imports from Africa hit US$75.3 billion last year, up 32.8 percent. The trade surplus went down 45.2 percent year-on-year to around US$19.5 billion, according to data from China's General Administration of Customs.CIIE: