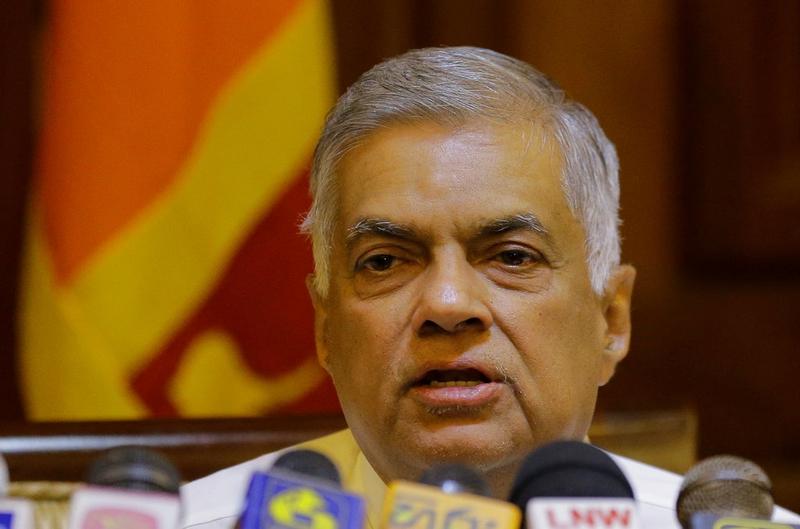 COLOMBO, Sri Lanka — The former Sri Lankan prime minister whose October sacking by the president precipitated a political crisis has won a confidence vote in Parliament.

Ranil Wickremesinghe received 117 votes in favor in the 225-member Parliament on Wednesday.

The result is expected to increase pressure on President Maithripala Sirisena to reappoint Wickremesinghe as prime minister.

Sirisena has vowed not to reappoint him despite criticism that such refusal is against the constitution.

After Sirisena sacked Wickremesinghe, he appointed former rival Mahinda Rajapaksa in his place. Sirisena has said he has no cultural coherence with Wickremesinghe, who is more Westernized and holds liberal views.

Sirisena had opposed Wickremesinghe's economic policies and his efforts to investigate alleged abuses during Sri Lanka's long civil war, which ended in 2009.

Soon after being appointed prime minister, Rajapaksa sought to secure a working majority in Parliament but failed. Sirisena dissolved Parliament and ordered fresh elections and the move has been stayed by the Supreme Court.

Rajapaksa has been defeated twice in no-confidence motions in Parliament and also had his and his ministers' finances cut by majority votes.

The no-confidence votes saw fighting between lawmakers, with Rajapaksa supporters occupying the speaker's chair and throwing books and water mixed with chili powder to try to prevent a vote. The speaker, however, announced that the votes were passed by voice and that there was no longer a prime minister or other ministers.

However, Rajapaksa continued in office with Sirisena's backing. Lawmakers opposed to Rajapaksa took their fight to the Court of Appeal, which has stayed him and his ministers from functioning in their positions until the case is concluded. On Wednesday, lawyers appeared for Rajapaksa and the stayed ministers in court, which set the hearing for January also extending the stay order.

Also, the Supreme Court is expected to issue a decision this week on whether it was legal for Sirisena to dissolve Parliament. A recent constitutional amendment has a provision that the president can't dissolve Parliament before 4 1/2 years from the day of its first sitting.