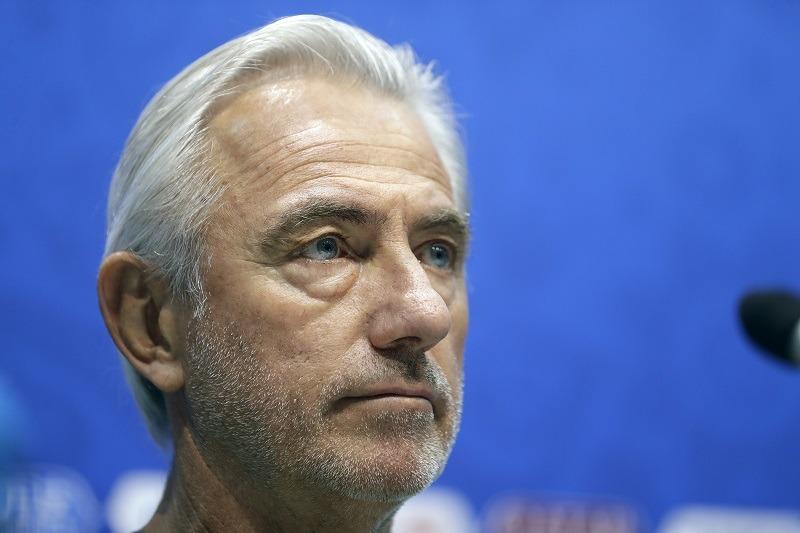 Australia head coach Bert van Marwijk looks on during the official press conference on the eve of the group C match between Peru and Australia at the 2018 soccer World Cup in the Fisht stadium, in Sochi, Russia, June 25, 2018. (ANDRE PENNER / AP PHOTO)

SOCHI, Russia - Australia coach Bert van Marwijk made it clear Monday that what happens 1,000 miles (1,600 kilometers) away in Moscow doesn't matter if the Socceroos don't find a way to beat Peru.

That being said, van Marwijk is hoping France wants to finish the group stage with a more appealing performance than its first two games. And doing so may in turn help out Australia in Sochi.

ALSO READ: Australia gets crucial 1-1 draw with Denmark at WC

"They are proud players and they play two times. They won but they didn't play the way they can play and they are one of the best teams in the world," van Marwijk said. "I think they want to prove it and show it to the whole world. But I have no influence on that. The think I have influence on is the game against Peru."

Australia has qualified for the knockout stage of the World Cup only once and its chances of making a second trip to the round of 16 are slim. Australia needs a win over Peru - preferably scoring more than one goal - and have France defeat Denmark when the games are played simultaneously on Tuesday.  Even then, that may not be enough for the Socceroos depending on how all the tiebreakers play out.

Australia played well, but fell 2-1 to France in its opener when technology didn't go in favor of the Aussies. They controlled play against Denmark and probably deserved a victory, but had to settle for a 1-1 draw. And now anything short of a victory will send the Socceroos home with another disappointing World Cup.

The 2006 tournament is the only time Australia has advanced from the group stage and it hasn't won a World Cup match since beating Serbia in the final game of the 2010 group stage. That year, Australia faced a similar situation to now. They won their final game and got help with Germany beating Ghana, but the tiebreaker for the second spot out of the group went to the African team. 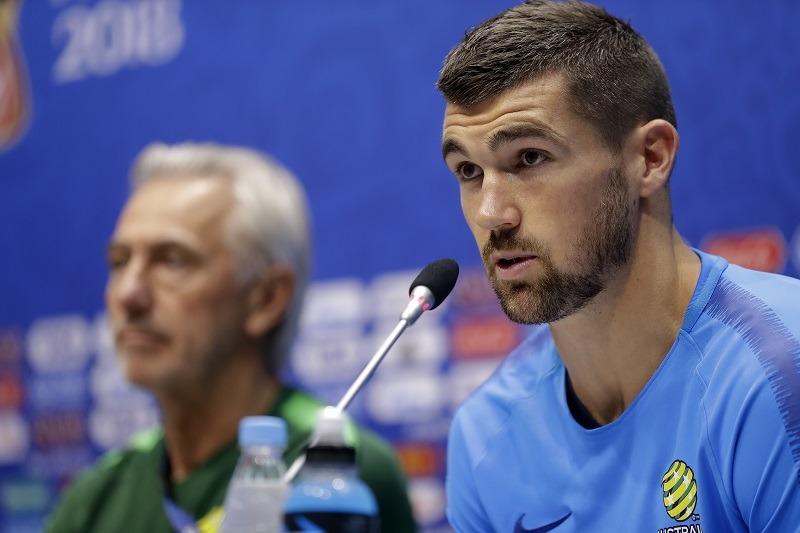 Australia goalkeeper Mathew Ryan speaks during the official press conference on the eve of the group C match between Peru and Australia at the 2018 soccer World Cup in the Fisht stadium, in Sochi, Russia, June 25, 2018. (ANDRE PENNER / AP PHOTO)

"If we don't go out and do the job we need to do against Peru then there's no point in thinking about that French game," Australia goalkeeper Mat Ryan said. "Any team in the World Cup, in France's situation, they want to finish top of the group, then I presume they'll need to go and win the game and if they have an idea to play for a draw it can be very dangerous. That's not my concern."

Australia is not expected to have forward Andrew Nabbout after suffering a dislocated shoulder in the draw with Denmark. That immediately led to speculation about Tim Cahill's role and whether the 38-year-old would get an opportunity to play in his fourth World Cup after not appearing in either of the first two matches. Not in the mood to reveal anything about his lineup, van Marwijk said the only player for sure who would play was Ryan.

Ryan was a bit more effusive about what Cahill has added to the squad.